Source: SCMP (5/29/20)
Portraits of schoolchildren in rural China on show in Hong Kong to raise funds for charity
Hong Kong artist Hazel Tsui has visited more than 100 schools in remote parts of China as a volunteer. At each one, she takes photos that she later uses as the basis for oil paintings
By Kylie Knott 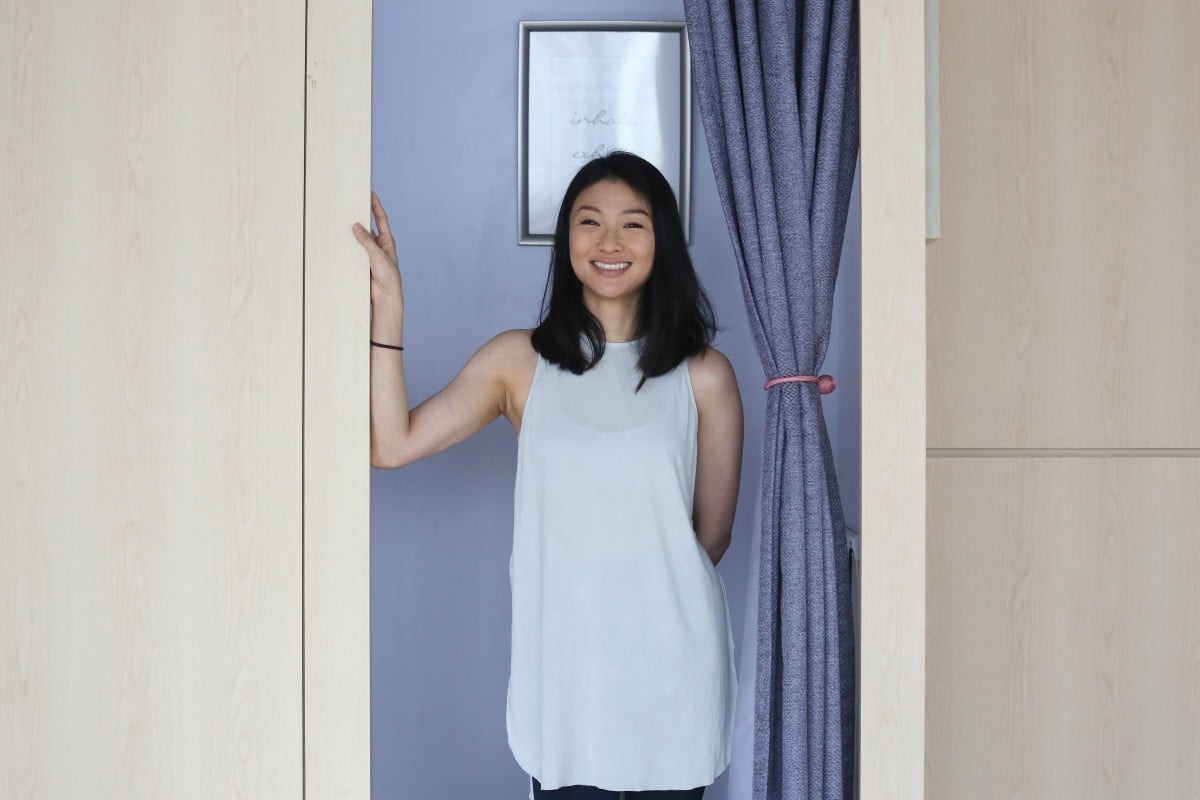 Hong Kong artist Hazel Tsui has helped charities since she was a teenager. Paintings she has made of children she photographed at schools in rural China are on show in Hong Kong to raise money for a charity she and her husband founded. Photo: SCMP / Jonathan Wong

Hong Kong artist Hazel Tsui is modest about her portraits of schoolchildren that capture her time volunteering in remote areas of China.

“I started volunteering in poor rural areas of China around 2004 and have visited more than 100 primary and secondary schools,” she says.

Her work, which has taken her to Gansu, Yunnan, Sichuan and Guizhou provinces, was driven by concerns over the high rates of illiteracy in these remote villages.

“Sometimes it would take up to 18 hours by train, car and foot to reach these places,” she says. “I took loads of pictures and each one tells a story about village life. Putting these moments into a painting has been an interesting process but I must point out that I’m not a professional painter, I’ve had no formal training.” 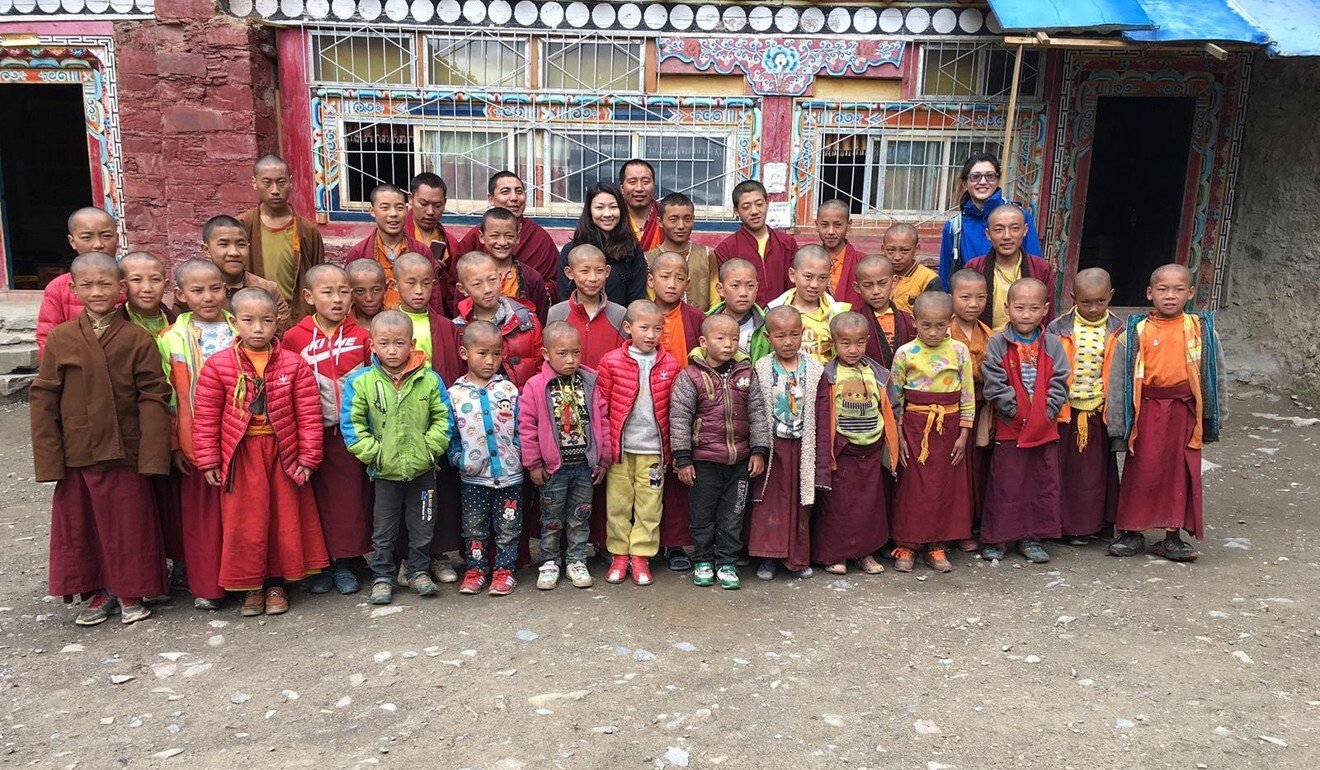 “Professional” or not, her body of work demon­strates a natural talent and, more importantly, that she paints from the heart.

A solo exhibition of 25 oil paintings by Tsui is on show at the Jackson Lee Arts Centre and Gallery, in Kwai Chung, until June 6. Funds raised from their sale, and from that of handcrafted items made by villagers in the far-flung places she has visited, will be donated to Footprints Foundation, a non-governmental organisation set up in 2017 by Tsui and her husband that supports schoolchildren in Yunnan, Guizhou and Sichuan.

“We’ve expanded the foundation’s scope to support orphans as well as earthquake victims in Nepal,” says Tsui. “The elderly in Hong Kong have also become our focus and we have been donating items such as fruit, rice and medicine to people living alone,” she says.

A Buddhist, Tsui has a philanthropic spirit that she says runs in her blood. “When I went to boarding school in Beijing my mother never stopped encouraging me to pursue fine arts and charity work, something she had nurtured in me since I was a child,” she says. She and her mother subsidised the building of a primary school in Dongfeng Town, Guizhou, that opened in 2013.

Tsui has passed on the gift of giving to her daughter, Naomi, now aged 17, who in 2013 joined her mother on a volunteering trip to Guizhou. 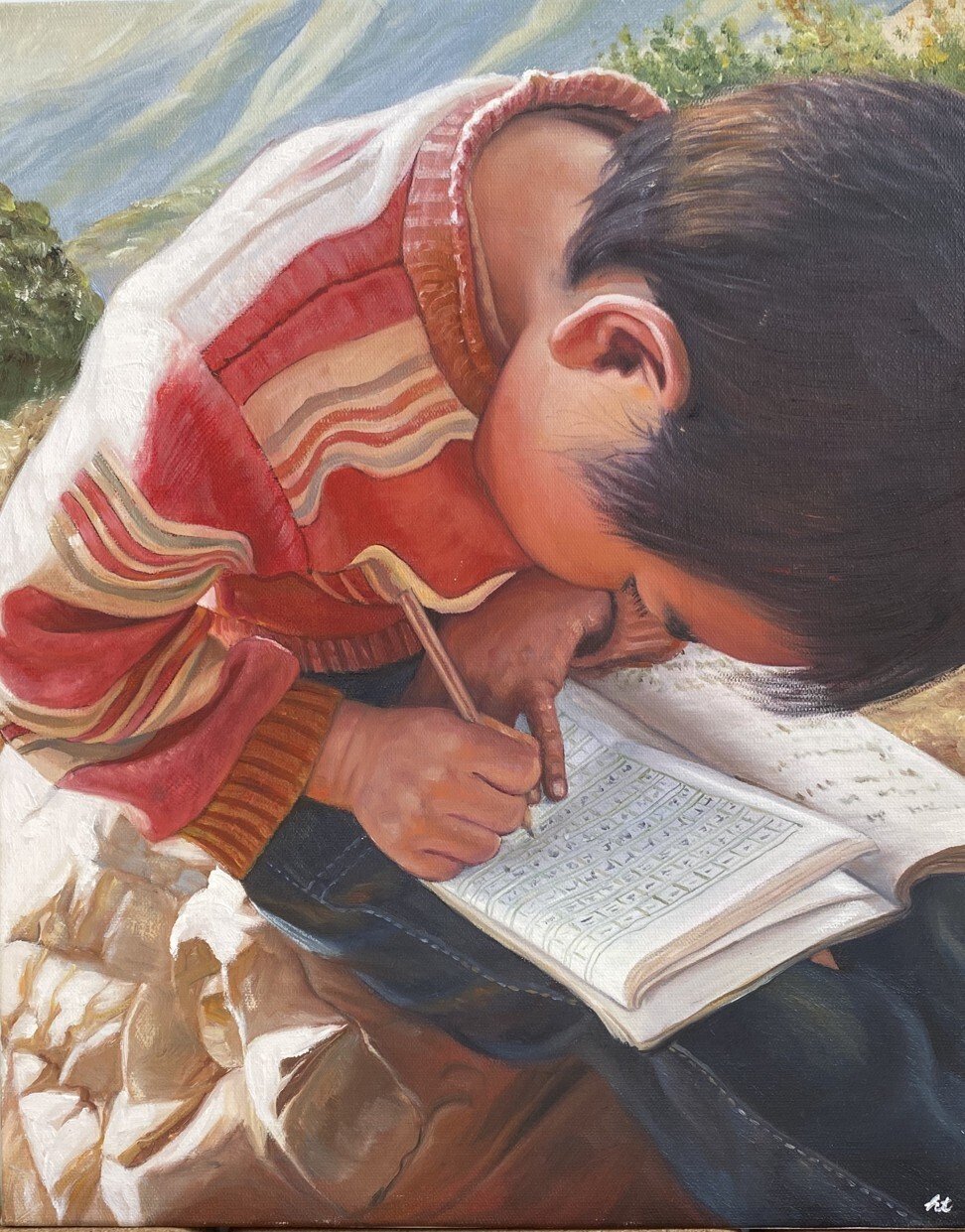 One of Tsui’s works. Photo: courtesy of Hazel Tsui 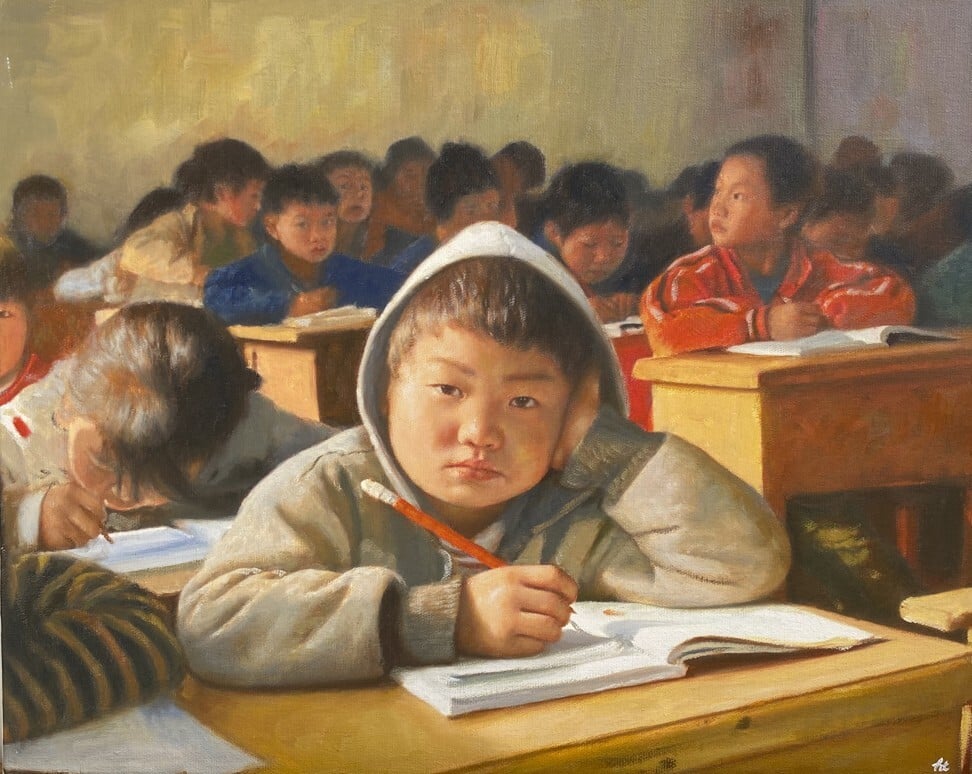 A portrait by Tsui. Photo: courtesy of Hazel Tsui 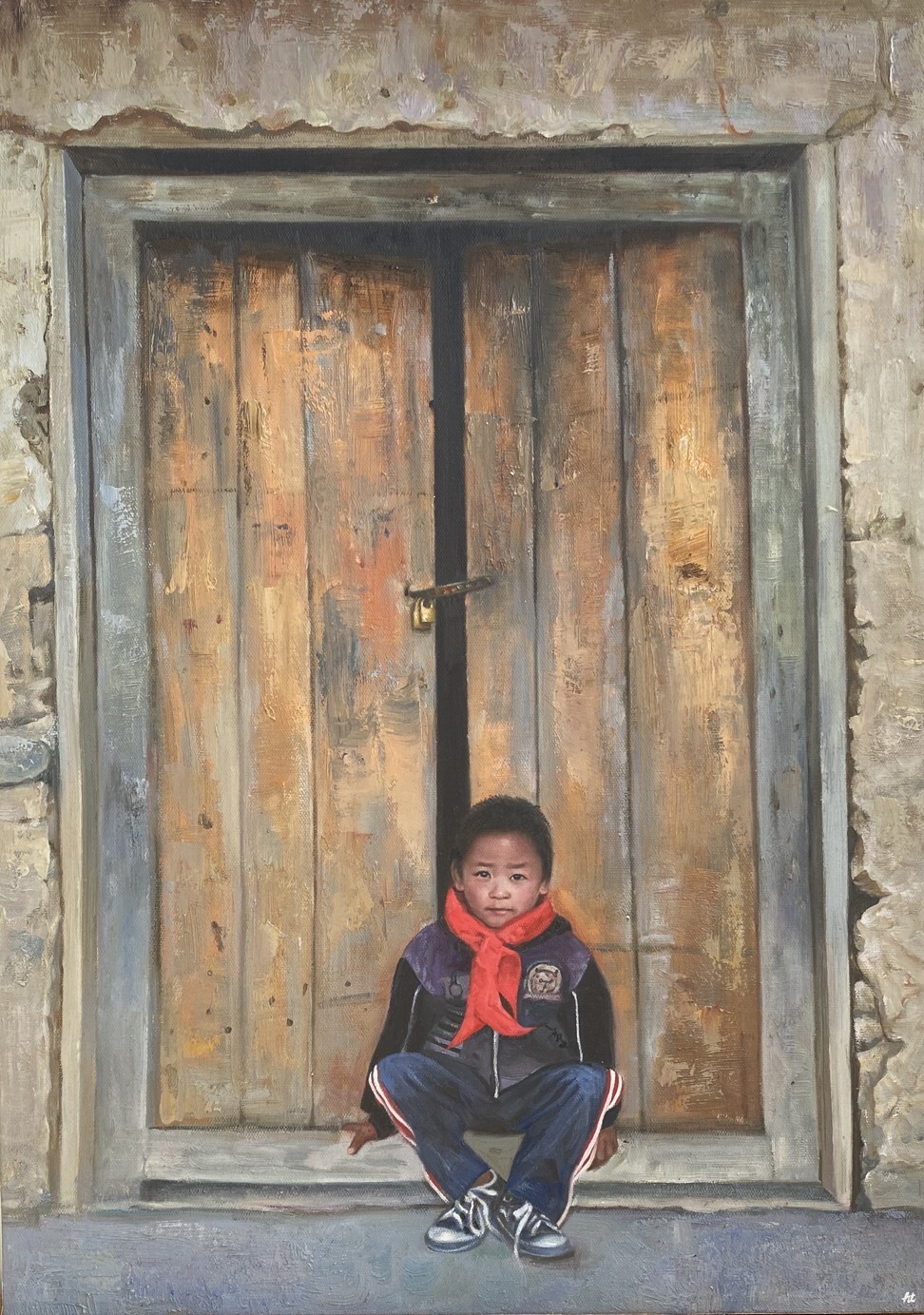 One of Tsui’s paintings. Photo: courtesy of Hazel Tsui