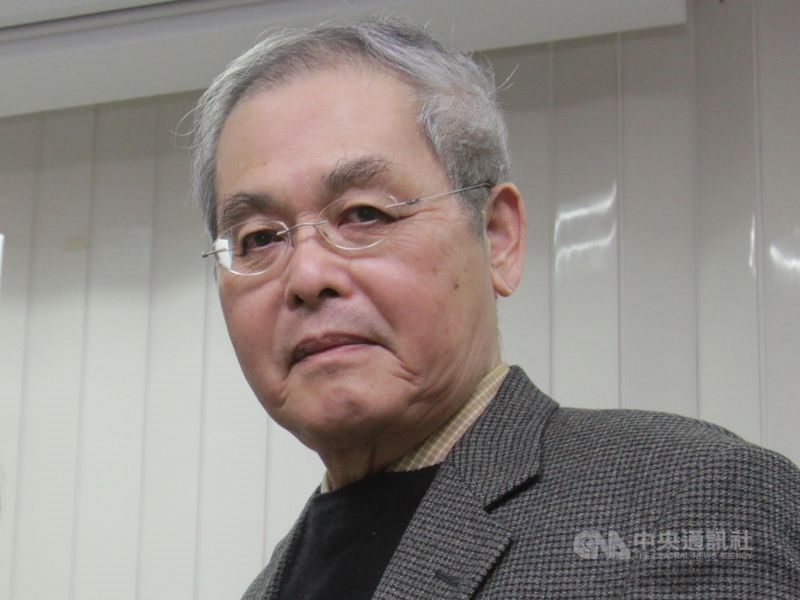 Taipei, March 13 (CNA) Renowned Taiwanese poet, essayist and critic Yang Mu (楊牧) passed away at a hospital in Taipei Friday at the age of 79, according to his friend.

Yang had been suffering from respiratory and heart ailments in recent years, and was admitted to the intensive care unit of Cathay General Hospital last week after his health deteriorated further, Shiu Wen-wei (須文蔚), a professor at the Department of Sinophone Literature of National Dong Hwa University in Hualien County, told CNA.

Shiu said Yang had been in a coma since being admitted and never regained consciousness.

“He passed away peacefully,” Shiu said.

There will be no public funeral for the widely acclaimed poet, according to Shiu, but Yang’s family will plan a memorial service with poem readings and music after the COVID-19 pandemic comes to an end in Taiwan.

Yang Mu, a pen name, was born Wang Ching-hsien (王靖獻) on Sept. 6, 1940 in Hualien County. After graduating from the Department of Foreign Languages and Literature of Tunghai University in Taichung, he went to the United States for further study, which ended with him earning a Ph.D in comparative literature from the University of California, Berkeley in 1971.

After 30 years of teaching in the U.S., Yang returned to Taiwan in 1995, where he assisted Dong Hwa University in founding its College of Humanities and Social Sciences. He also brought to the university a resident writer system that was unprecedented in Taiwan at the time.

Yang was looked upon as one of Taiwan’s most iconic literary figures, who was regarded by the late Swedish Academy member Nils Göran David Malmqvist as the most promising poet to receive a Nobel Prize. Malmqvist was a member of the selection committee for the Nobel Prize in Literature.

Hsu Yu-fang (許又方), the convener of the Yang Mu Literature Lecture at Dong Hwa University, once said that the poet left a “clear and unique path of creation that embraces innovation and changes” after 60 years of constant writing.

The literary achievements Yang accumulated have taken shape as a “Yang Mu School” for study by future scholars, he added.