What: An open panel to discuss the benefits and consequences of high-volume ecotourism

Where: Virunga National Park, Democratic Republic of the Congo. This mountain range is a chain of volcanoes in Eastern Africa and is home to the mountain Gorilla. Gorilla gorilla beringei have a restricted range within the mountainous forests of eastern DRC, Rwanda, and Uganda. This subspecies is listed as Critically Endangered by the IUCN Red List (2017) and is highly reliant on the pristine forests in the Virunga mountains.

Why: Ecotourism can be a potentially valuable source for conservation efforts by bringing in money to national parks, preserving pristine areas, and of course inspiring love and curiosity for endangered animals. Unfortunately, there are many downsides to the business for resident primate populations, who can be particularly susceptible to disease. Not only are many diseases transmittable from humans to primates and vice versa (such as tuberculosis, rabies, and the common flu), but ecotourism has been shown to raise chronic stress levels in primates that have regular exposure to human presence.

The endocrine system tightly regulates homeostasis through regular processes including the stress response. Homeostasis, the internal regulation of multiple bodily systems, is vital for survival. When external stressors are received, a hormone cascade triggers the release of various hormones known as glucocorticoids involved in metabolism in order to mobilize some response. Chronic exposure to external stressors, such as the noise or pollution from ecotourism, has been shown to increase susceptibility to diseases. Animals in close proximity to human presence – such as gorillas in Virunga National Park – have higher frequencies of chronic and parasitic diseases that stem from suppressed immune functioning. These risks, combined with disease transmission from a high-volume of human tourists puts an already endangered animal at a compounded risk. During our much-anticipated panel with highly esteemed primatologists and conservation biologists, we will discuss how to combat these problems. On the schedule includes programs such as: 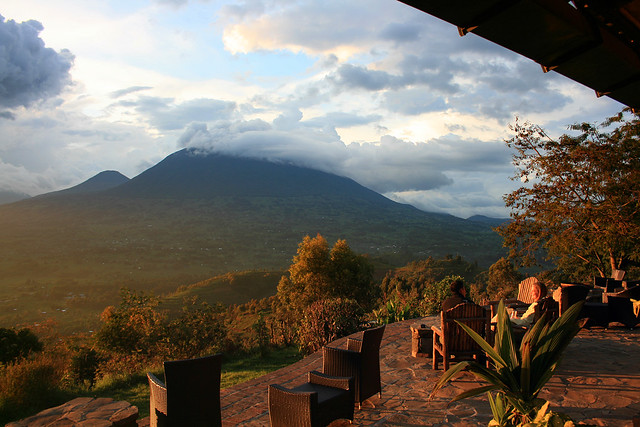 McNeilage A (1996) Ecotourism and mountain gorillas in the Virunga Volcanoes In The exploitation of mammal populations. Netherlands: Springer, Pp 334-344.