I attended a conference activity called Ohio Natural History Conference last weekend and all posters and presentations are super interesting. Among these excellent presentations, one presentation about salamander habitat and population dynamics attracted my attention. The speaker, Dr. Mike Benard, is from Case Western Reserve University and one of the researches his team did was to investigate population dynamics of salamanders under the modification of their habitats, such as habitat loss and new habitat construction. The talk was great and it also invoked me of how fragmented habitats, which means separate habitats, impact salamanders’ reproduction. 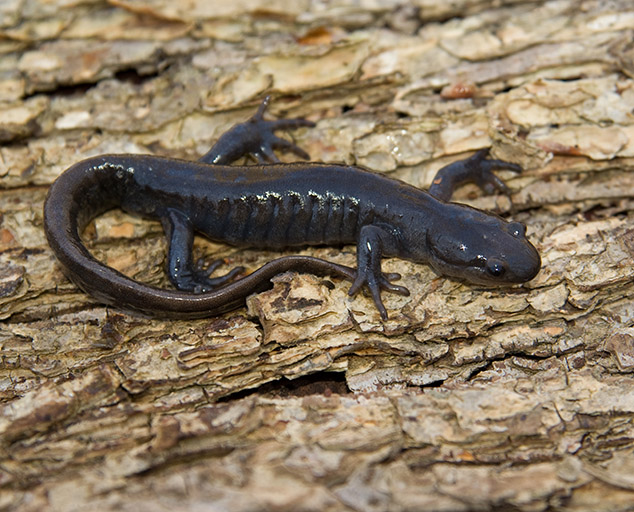 On the other hand, the abundance of salamanders was estimated in another area that had a history of agriculture and forest fragmentation. These places were altered artificially after agriculture, including less vegetation and less canopy cover existing. Measured the population of local salamanders, the team found out that the abundance here was quite low (Cosentino & Brubaker 2018). The results reflected that vegetation has a negative relationship with the population of salamanders and forest fragmentation could decrease the reproduction of salamanders (Cosentino & Brubaker 2018).

In addition, calculating the risk of local extinction of salamanders, assuming a population isolated from breeding grounds, was used to assess the possible impact of habitat fragmentation in salamanders’ survival. The parameters were calculated using data from the previous 18 years. Their findings revealed a high likelihood of local extinction of the population under habitat fragmentation. It highlighted the grave repercussions of fragmentation (Bar-David et al. 2007). As a result, terrestrial habitats must be protected, and landscape connectivity must be promoted to allow individuals to migrate between breeding locations for potential escape benefits.

In conclusion, the fragmented habitat has various impacts on the population dynamics of salamanders. For example, low vegetation cover would result in low reproduction rates(Cosentino & Brubaker 2018). And isolated populations could show a negative relationship with salamanders’ survivals(Bar-David et al. 2007). The restoration and protection of habitats and connected populations are necessary.