Dr. Yael Vodovotz received her B.S. in food science from the University of Illinois, her M.S. in food science from the University of British Columbia, Vancouver, Canada and her Ph.D. degree from the University of Massachusetts. Following her doctoral degree Yael held a postdoctoral position at NASA as part of a joint effort between University of Houston and NASA-Johnson Space Center where she worked on various aspects of the Advanced Life Support food system as well as teaching at the University of Houston. Her NASA work continued as an Assistant Professor at Baylor Medical School, part of the National Space Biomedical Research Institute. She joined The Ohio State Department of Food Science and Technology as an Assistant Professor in 2000, and is currently a Professor. Dr. Vodovotz has been working on physico-chemical and molecular properties of foods with an emphasis on carbohydrate systems and functional foods using techniques borrowed from polymer and material sciences. She has completed over 7 clinical trials with functional foods as part of an interdisciplinary team. Dr. Vodovotz has over 70 publications.

As part The Ohio State University College of Food, Agricultural, and Environmental Sciences we collaborate with the College of Medicine, and the OSU Comprehensive Cancer Center to discover methods to use foods and food components to prevent cancer or to serve as an adjuvant to traditional cancer therapies. “Crops to the Clinic” is a theme that describes our research approach and represents a unique asset of the university. The Ohio State University is one of only a handful of land-grant universities in the United States with a strong emphasis on both agriculture and medicine, and it is the only known university that has developed this type of unique collaboration. 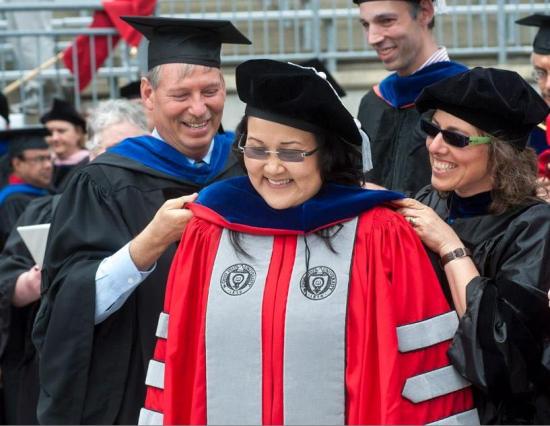