Every day we walk through life, we should be living our best lives. Not many people can say they are living their best life, but that is likely because we have become an increasingly pessimistic society. We complain, we hold grudges, we care more about the perception someone else has of us than our own opinion of ourselves. We have lost ourselves in time. I believe we all have a choice: a choice to be phenomenal or a choice to listen to the demeaning thoughts in our heads. Throughout my first year in college, I allowed the negative thoughts to deafen my optimistic spirit and kill me, slowly. Drained on a daily basis, I tried to obtain some source of motivation to take me out of this slump, but my motivations were all external. I questioned my intelligence, my sense of purpose, my life. I was going through a very tough stint in my life; however, depression became the present that would open my eyes to a new world. I was receiving all of my validation from the feelings of being liked by others, I was going to social media for validation (keeping up with the amount of likes and how many followers I had), and I was taken astray causing stress in my sense of existence. I felt so alone even when I was in a crowd of people, I felt envious toward those who had everything I felt I didn’t, I felt uncertain because I didn’t know who I was.

I started to realize that all of the things I was pursuing were in fact driven by the external factors in my life, but not once did I ask myself what I wanted to become. As I began to come to this realization, I started to tend to myself and listen to that internal voice who has guided me in my journey of life. We all have our own answers, but many times we leave our own questions unanswered because we want to be able to correspond with the majority. We lose sight of the person who truly matters the most: ourselves. If we do not take care of ourselves, we cannot take care of someone else to the best of our ability. If we do not love ourselves, we will not be able to share a love that is full and wholehearted. I learned that I must start appreciating myself and others would follow. When you understand who you are, you become authentic, you have genuine meaning in your voice, in your spirit. You are then not led by a false reality that you have shaped to fit in to society, but by something that lives within each of us, our heart. You discover that you are unique, that you are amazing, that you are one of a kind and nobody could ever replace you.

Usually we give out resources, but I do not want to throw resources at you because in the game of life, you are a resource to your self-actualization. You have the power to change your life and no one else has that leverage to do such a thing. To make the most of today, to live our best lives, we have to look deep within and start a new chapter in our book called self-appreciation, self-love, self-discovery. Everything else will follow, I promise!

So, I ask again what path will you choose, how do you want to live your life? Sound familiar? Coming into college, I figured it would be easy to make friends. On a campus with over 50,000 people, it couldn’t be too difficult to find a handful of close friends, right? I certainly didn’t think so, but it ended up being harder than I expected. If you had idealistic expectations like me, you probably fell into some of the traps I did. For example:

You assume your roommates are going to become your close friends. When you’re trapped in a confined space with other people, you think you’ll end up spending so much time together and inevitably become BFFs. Unfortunately, this usually isn’t the case. If you end up with roommate(s) who you really click with, that’s great! If you don’t, that’s pretty normal. With so many people at one school, it’s unrealistic to expect that the people you happen to live with will become your closest friends.

You expect the first people you meet in a student organization to become your close friends. You go to the involvement fair, find the perfect club, and muster up the courage to attend the first meeting. You talk to a few people and consistently continue to go to the meetings. A few months in, though, you may realize you don’t really see these people much outside of the club. While it’s nice to think that you’ll easily become friends with people who share common interests, it’s not necessarily going to happen so easily.

You expect the people in your first semester classes to become your close friends. In the first few weeks of the semester, everyone’s trying to make friends. People are going out of their way to introduce themselves, exchange phone numbers, and work on group projects together. For the duration of the semester, you may consistently see the same people because you share a class with them. This doesn’t mean you’ll automatically become friends, and once the class is over, it doesn’t mean you’ll stay friends. 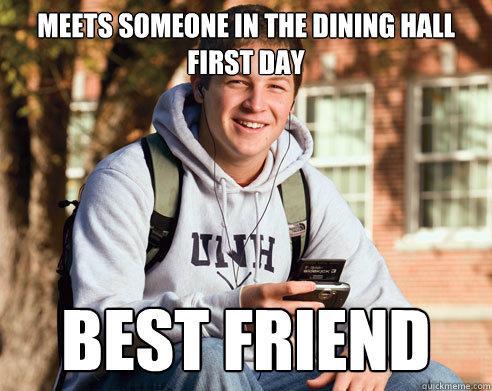 Hopefully, you’re beginning to see a common pattern here: you expect the first group of people you meet on campus to become your close friends. These are assumptions that I made my first year, and when the first semester had ended, I felt alone. I thought I had somehow failed at college by not finding a close group of friends within my first semester. When I went home for winter break, I felt isolated, and coming back to campus didn’t sound as appealing without a close group of friends to return to. At that point, I wasn’t sure what to do, but here are some things I eventually learned:

Building worthwhile relationships takes time. After knowing the same people my entire life, I had forgotten what it felt like to form new relationships with strangers, and I was in too much of a hurry to make connections. Eventually, some of the people I occasionally talked to my first semester grew to be some of my now closest friends. We ended up spending more time together and things eventually clicked. Whether you connect with someone instantly doesn’t determine whether you’ll end up being good friends, so give yourself time to get to know people.

It’s okay to let people and expectations go. In the eagerness that comes with trying to find a new group of friends, it can be tempting to cling onto the first group of people you meet on campus. You may try really hard to keep in touch with people from your first semester classes or the first few people you met at student org meetings. You may even keep trying to force a connection with your roommates that just doesn’t pan out. At some point, you have to give up. You’re not meant to be friends with everyone you meet, and you’re not obligated to stay in touch with people just because they were the first people you met when you came to campus. Chances are, you’ll end up meeting some of your closest friends later on in your college experience.

Sometimes, there’s value in being alone. During the month of winter break, I had a lot of time to reflect on my first semester, and I came to an interesting realization. One of the most exciting (and sometimes terrifying) aspects of coming to college is the newfound independence. Part of me associated independence with being alone, and that idea made me uncomfortable. In high school, I was used to being surrounded by people all day, including club meetings after school. During my first semester, when I didn’t spend as much time with other people, I learned to become more comfortable spending time with myself. Even though I eventually found my social circle, I learned the value of spending time alone and enjoying my own company. 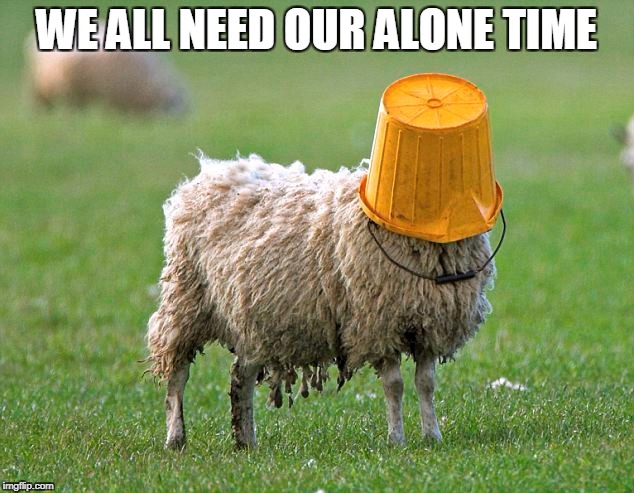 Here’s my ultimate piece of advice: when it comes to finding your social circle on campus, just give it time. It’s perfectly normal and okay to feel alone sometimes, even at a school where you’re constantly surrounded by people. Eventually, as you continue to meet more people, you’ll end up finding those lifelong friends you’re searching for- and it will be well worth the wait.