Platinum is an element with atomic number 78 and is considered a “noble metal”. Platinum metal is an inactive metal and is extremely resistant corrosion making it quite safe for humans, and one of the rarer metals on Earth. It is naturally occurring in the Earth but isn’t found naturally in the human body.

Uses of platinum include:

Elemental platinum is considered to be non-toxic to humans. Elemental platinum is non-toxic and therefore does not have a mechanism of action.

Platinum salts act as respiratory or skin irritants. They may also trigger a response similar to an allergic reaction. 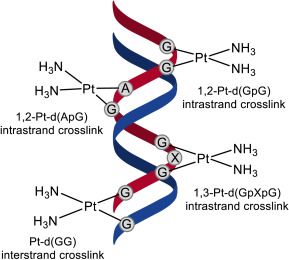 Exposure to platinum salts is furthered detailed in the safety guidelines found here.

No effective treatments have been found for platinum complex induced neurotoxicity, however, medications such as antiepileptics, antidepressants, and antioxidants are being investigated as possible solutions.