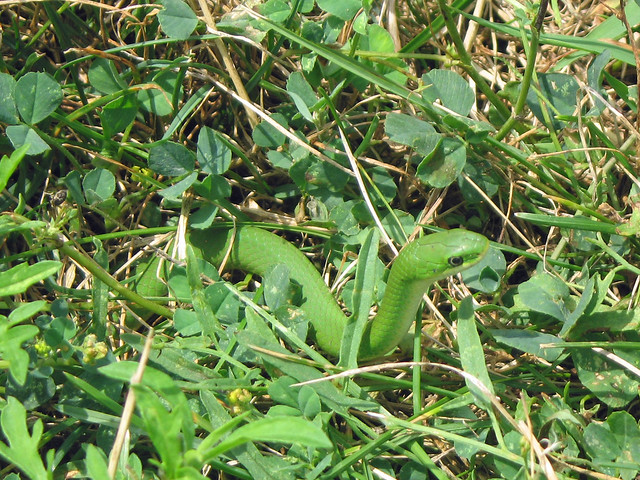 One thought on “Species of the Month: Smooth Green Snake (Opheodrys vernalis)”