During the last print cycle, I noted that a sensor in the y plane of motion was not triggering correctly. It is intended to act as a notification to the card that the print bed has reached its maximum movement in that direction. It was not doing so and thus the motor would grind for up to 5 seconds before the built in override stopped it.

As this was abnormal, I undertook corrective maintenance on the printer. I have found the error, a pair of loose screws of an incorrect size that blocked the complete movement of the bed, and since have exchanged them for a better design. I also found the cooling fan for the board was starting to fail, and have swapped it out for a new unit. Neither of these changes directly effect the print quality of the selected test product, acting more as a support to the overall printer.

During this time, a cleaning of the hot end was initiated, which culminated in a non related print failing due to improper reassembly. I then managed to correct this error, however I had to further re-calibrated the printer to account for deviations in thread usage.

My final series of tests occurred on March 7th, in the first few days of Spring Break, with plans to complete the paperwork and digital presentation in the upcoming days of break, in anticipation of the April 1st deadline. Due to the chaos that then ensued in the following days, I decided to wait to collect and present my conclusions.

All videos I was able to upload have since been uploaded to the above YouTube playlist. While video quality varies, I feel that the print quality maintained a surprisingly steady quality across the board. No roll of filament demonstrated a clear decrease in usability. The sole failure test I experienced was due to the print failing to stick to the heat bed, and that can be attributed to the bed’s surface being improperly prepared beforehand.

One note to remember is that I brushed each filament roll off beforehand each time, so the presence of dust and other detritus that might have accumulated over time was negated slightly. Also of note is the fact that the time between prints was not entirely consistent due to time constraints in travel and schoolwork.

One other event I experienced was relatively unconnected to the project, but could matter later. I had a small print of a clip in my car to be used to hold a cord for a phone. Recently, in the summer months, I’d noticed that the clip had softened and stretched due to the heat of the vehicle. This brings to mind the concern that a roll of filament left in high temperature areas could fuse together and melt if left there for an extended period of time.

Overall, I feel I can conclude that you can generally store PLA Filament however you like,given that you maintain your printer and don’t overly abuse the rolls. If I was to continue the study, I would add the further rolls of one stored in a passenger vehicle and another submerged in water, to broaden the tested aspects even further.

Here is the playlist used to document the project, with more uploads to come.

I have re-positioned the camera in an attempt to get the focus on the print itself. I have also come to a set method to swap the rolls efficiently and reduce errors. Ideally, I reach the printer immediately after the print completes, and can maintain the hot end temp for a quick swap with no down time. When unable to do so, I then ensure that the hot end reheats to melting and the feed the new role in completely, ensuring I have some extrusion before continuing.

Having completed 5 of the 6 test prints, I now bring you the full second update. All videos have been cataloged in YouTube, I updated the lighting in the enclosure from a single bulb desk lamp pointed in the window of the enclosure to a full LED strip above the printer, and managed to run a full cycle in a single day with no major downtime. I will start to transition these logs into a presentation/report to be published/presented in April.

I will start this update by embedding all of the videos I’ve collected to this post. Please note I am unable to upload videos directly to this site, and Youtube is refusing to allow Hobby #0 to the page.

Now on to the update!

Over the past 3 months, I’ve tested 3 times, an initial run fresh from the package labeled 0, and 2 runs since then of the individual storage methods. So far I’ve seen no difference in the final products, however I have found the prints are more likely to fail in the initial lay-down layers at the start to to differences in the environment the printer is in. Despite attempting to maintain a stable climate, as the winter months come, the overall environment within the house shifts, leading to variations in the print that are hard to counteract without invalidating the experiment. I’ve included the singular failure that failed farther than 5 minutes into the print, as this could be an example of the print quality becoming affected by the storage environment.

Method to the Madness:

Storage methods are based off of four basic consumer types:

For each round of prints, a roll of filament in removed from its storage location. It is then put into the printer and a set print is run. After print is completed, roll is stored back in designated location and next roll is pulled out. Repeated until each roll has run once this cycle. Print-0 was undertaken directly from the manufacturer’s packaging, to form a sort of control sample. If a print fails, the test will not be run again. A round of printing will occur once a month. The products of the prints will be compared to each other and the control to measure the degradation of the print quality over time.

This is a study of the effects of environmental differences in storing of PLA based plastics and the resulting differences in print quality over an extended time frame.

What is in question with this study?

Are the costs inherent to the higher end storage methods reflected in the resulting products?

Online, there are dozens of sights and videos promoting their interpretation of optimum storage methodology of 3D printing filament. These methods range from tossing the rolls in bags with silica packets from beef jerky to several hundred dollar specialty equipment meant for makers spaces. Now, while the variety is endless, there is little in the way of hard, long-term data available to the public on how the storage of plastic filament affects the quality of the print. It is hoped that through this testing, an answer to the above question can be found.

A challenging summer internship utilizing my problem solving skills in a manufacturing environment. 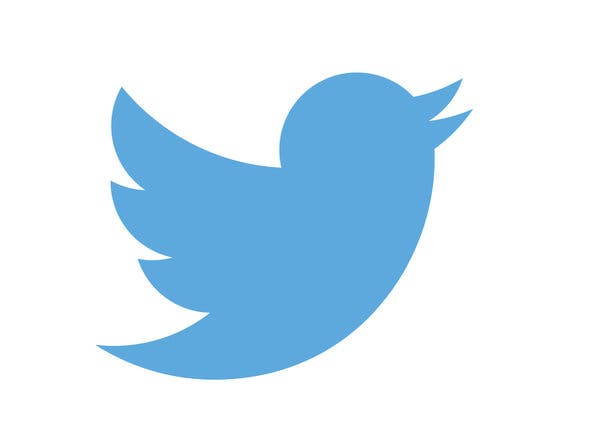 This is a complex article that focused on the issues with gathering data in relation to the diversity of the STEM fields. The focus of the study was to attempt to use twitter to gather data on the issues that fall under a common aegis as the idea of diversity in STEM.  The data was then broken down into categories such as geolocation, common phrases, tweet identities, and the influence each individual or company had on the overall study. This wasn’t a simple end stopped study, its data can be extrapolated for future uses.

This style of study is not one I have encountered before. Instead of using the scientific method to form a hypothesis, and then test said guess for results, the study instead focused on a more broad ideaology of asking if this method could work for future data gathering. The study identified the most frequent tweeters, who was retweeted the most, what was retweeted most, and why.

One key thing to note is that while 40% of original posts had a photo, 85% of the retweets were post with photos. This points to the idea that having an image to go with your idea sells. It is similar to branding. If the product looks bland, people will overlook it.  Future studies might benefit in increased feed back through the usage of images and visuals to gain the attention of the masses.

I was not surprised by the location spread of the study, where most posts originated in the US, Canada, or Europe, with the US sub focusing on the East or West Coasts. As the original study was initiated in English, it stands to reason that a majority of the tweeters would use English at least semi-regularly. The east and est coast spread is also understandable, as much of the country’s manufacturing capabilities are on coasts, where more engineers are employed.

Overall, this study is a bit challenging to parse out. The focus on the results of on the viability of using social media to gather data on stem diversity. This could be accomplished, if the internet decides to behave itself. What I mean by this is that certain people will go out of their way to “troll” campaigns such as these. Intentionally trying to skew results or just get a laugh. Take the poll produced by NERC to name one of its research vessels from a few years ago. The results were overwhelmingly in favor of “Boaty McBoatface”, a rather silly name, which was rejected in regards to the mothership, but latter was used for a submersible on the ship. This lighthearted laugh is the result of people taking a serious matter in a less than serious manner. Applying this to future studies, if people get it in their ind to make a joke of the research, the entire study could result in a need of a restart, a costly and labor intensive process that could still end up being sabotaged in the end.

Overall, the idea to use social media as an official tool for study is a novel one, but it can easily be led awry by overzealous trolls seeking attention.

Walmart recently announced that it will be implementing a variety of automated associates in a number of its stores. These include a janitorial bot, a shelf scanning rover, and automatic delivery unloading systems. Some workers worry that these new metallic associates will cause an increase in layoffs, which Walmart has stated is likely to occur in the long run as more workers are shifted to customer service roles.

This move towards robots in generally unskilled positions is nothing new, but does bring up a valid concern. As automation increases in prevalence, new roles in maintaining these systems begin to take the make up for the number of jobs lost, however these positions will require a greater degree of technical capability than those who just lost their job are typically capable of. Some workers have simply been employed for so long that they are unable to handle learning an entirely new skill set to adapt. Others will be unable to afford the retraining and education required. A worker who has spent decades as a unionized welder, training as an apprentice, gaining a mastery hard to come by in the general work pool, is unlikely to be able to start working and operating immediately on an automated welding robot. That will require time and committing to abandoning their years of experience, a harrowing thought to many people.

With these down sides, there are benefits to be had. Workplace automation will greatly aid in the reliability of information between stores. A continuously operating shelf scanner will more frequently catch disparities than several employees viewing a section in random quality checks. The amount of time goods are on the shelf can also be reduced through careful trend monitoring and charting.