President Trump signed an executive order on March 28 directing the EPA to review the Clean Power Plan. This executive order has the possibility to dismantle important climate change protections and fails to offer an alternative plan to protect our air quality and climate stability. Many Christian communities have responded to this action and made official statements on their thoughts and about protecting the Earth. To read these responses, click here. The Whanganui River in New Zealand has been granted the legal rights of a human as of Wednesday March 15, 2017. The Maori tribe, who call the river Te Awa Tupua, have been fighting for its protection since 1873. The case is one of New Zealand’s oldest in history with more than 140 years of legal struggles. The 90 mile Whanganui River will now be represented by two legal guardians, one from the Maori tribe and one from the government. According to NPR, the New Zealand government stated that they recognized the deep spiritual connection between the tribe and its ancestral river and their view of the river as an invisible and living whole. To read NPR’s full article and a video clip of the tribe’s reaction to the court’s decision, click here.

Religion has been used for both the preservation and the destruction of the environment. On one hand, most religions teach stewardship and care for all of creation. On the other hand, with the prospect of the world ending, people are less inclined to take care of something that may not exist in the future. This is why it is important to educate people on the importance of studying sustainability. One program that has done an excellent job of this is a course offered at Cornell. To read about this course and what the students are leaning, click here. 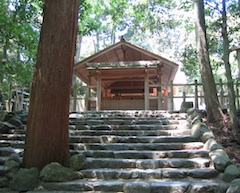 The Alliance of Religions and Conservation is working with faith communities all around the world to help them manage and preserve sacred forest lands. In almost every religions, trees have a powerful symbolic role. Partnering with churches will allow ARC to further promote conservation of trees and the rapidly disappearing forested lands on the earth. To read more about the Alliance of Religions and Conservation and what they do, click here.

The beautiful forests of Ethiopia are rapidly disappearing due to human activity. However, the forests around the Ethiopian churches remain intact and teeming with diverse life. Dr. Margaret D. Lowman, known as Canopy Meg, has teamed up with one of these churches to study and survey the wildlife, mostly insects in the area. The children of the church community are being engaged to become the next generation of stewards in order to ensure that the forests and creatures are preserved. Project leaders also aim to help build walls in order to keep these forest areas more protected from human development. Fantastic pictures as well as stimulating videos that give a glimpse into what is going on can be found here.