Podcasts are a wonderful resource to connect with experts and learn more about many topics. For faith leaders and laity alike “ecofaith on air” is a wonderful resource to learn more about perspectives in ecotheology. Started in April 2015, they have provided many conversations, panels, and interviews that can be accessed on podcast platforms. The podcast concluded in January 2019, but you can access old episodes that span such topics as World Environment Day and the Cosmic Christ. Episodes range in length from under ten minutes to about an hour.

Sacred Seasons of the Sacred Earth is a series of four webinars focusing on the festivals of Hanukkah, Tu B’Shvat, and two sessions of Passover. The first webinar will be on Tuesday November 13th,  2018 at 7 pm Eastern time. The webinars are from Rabbi Arthur Waskow and Alanna Kleinman, a rabbinical student at the Reconstructionist Rabbinical College and the Ira Silverman Memorial Intern at The Shalom Center. To read more or to register for the webinars, click here. 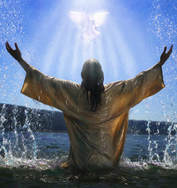 Creation Justice Ministries encourages Christian communities to consider water as a sacred gift from God that connects and sustains all life. They have created a free Christian education resource on water that includes liturgical resources, sermon starters, and ideas to take action. To read more about God’s Gift of Water or download the resource, click here.