Catholic Climate Covenant  has created a one-hour webinar that explores the Trump Administration’s proposal to “replace and repeal” the Obama administration’s Clean Power Plan (CPP). They discuss why the CPP is the best path to keep our water and air clean. To read more or watch the video click here.

Campus RENEW is a two-and-a-half-year process which facilitates renewal and transformation on college campuses. The process aims to create student leaders with mature faith and social consciousness to guide the Catholic Church. Campus RENEW hopes to create communities of students who recognize the call of Jesus to view service, including caring for creation, as a way of life. To read more, click here.

United States Conference of Catholic Bishops considers caring for creation as one of its seven themes of catholic social teaching. They believe that being stewards of creation is a sign of respect to the Creator and a requirement of their faith. They list examples of scripture that show the importance of stewardship. To read more, click here.

Why We Care for God’s Creation is a primer created by Catholic Relief Services. It is designed to help bring the conversation of caring for God’s creation to faith organizations. To read or download this resource, click here.

Catholic Relief Services has created two lesson plans for grades 1-8 about Catholic social teachings on Caring for God’s Creation. The lesson plans help explain the importance of caring for creation through the story of a rice farmer in Madagascar and a coffee farmer in Nicaragua. To view the lesson that focuses on Madagascar, click here. To view the lesson that focuses on Nicaragua, click here. The Global Catholic Climate Movement released the Eco-Parish Guide for Catholic Parishes. It is a free-guide that assists in bringing Laudato Si’ to life in the church. It offers explanations on how to form green teams, reduce parish emissions, advocate for climate justice, and care for those harmed by climate change. To read more or download the guide, click here.

RENEW International is a Roman Catholic ministry organization that fosters spiritual renewal by empowering individuals and communities to encounter God in everyday life, deepen and share faith, and connect faith with action. To read more about RENEW International, click here.

Catholic Relief Services has created a prayer outline with accompanying presentation that focuses on creation care. The prayer service is about caring for creation and also includes education and legislative advocacy. To read or download the outline, click here. 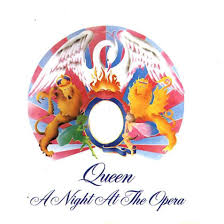 I believe that The Prophet’s Song by Queen is telling the story of Noah and the flood that washed over the earth. It begins by saying,

I believe they are saying that there is a storm coming and that people have been warned and need to listen to the prophet’s words. They then say,

In these lyrics, I think they are saying that the storm was summoned by people themselves and they are urging them to come with him in order to be saved. In the next lines, they are referring to Noah sending out a white dove to see if the water had moved back from the land. The dove returns with an olive branch, letting Noah know that the water had receded from the earth.

“The earth will shake in two will break”

These last lyrics are describing the Great Flood that comes. At first, they say that everyone now believes Noah and wants to join him but it is too late. Noah collects his “human zoo”, referring to the two of each animals he brings with him. The last lyrics are referring to the hell that awaits those who did not believe him and are now left behind.

10 Jewish Teachings on the Environment is a downloadable resource from GreenFaith. It includes ten of the most important teachings on the environment from a Jewish perspective. To read or download the guide, click here.