I said I’d share about my Peru trip all along the way, and several months later I’m sitting down to do my first post. Sorry! Internet and free time were not plentiful. I have no excuse for once I got back to the states but better late then never?

There are so many memories and moments to share. First I wanted to talk about the site we worked in: Shilla, Peru.

Shilla was a 15 minute ride from our hotel in Carhuaz. It was way up in the mountains and every morning we got a stunning view of snow-capped Mt Huazcaran. Every single day we oooooh’ed and aaaahhh’ed over it on the drive there and several times throughout the work day.

Shilla is pretty remote and up in the mountains. Our work site, specifically, was too high up for the truck with our equipment. So we took it up on our shoulders from our host family’s home.

Our host family was made up of parents Celestino and Señora Norma plus their four sons.

Shilla is full of very hard-working “campesinos,” rural people who tend to their fields all day by hand–no tractors, power tools are to be found. A neighbor was using pre-made bricks and looked almost out of place with the modern materials.

Women wore traditional outfits with lots of layers–it reminded me of Colorado in that the high temperatures and low humidity made it cold at night and hot in the sun during the day. Only in Shilla the layers weren’t shed throughout the day. These women often were the ones in the campos (crop fields). Growing papas (potatoes), maize, cilantro, and quinoa. They worked until sundown and then had little light to travel by–making it difficult for the women to gather for the women’s organization at Sonja’s house.

In  Shilla everyone says hello. You make sure to say the time-appropriate greeting as you pass people on the road. The site had never hosted gringo volunteers before so I’m sure seeing us hauling bamboo bundles up the mountain with pathetic ‘omg this hurts, what is this incline?’ look on our faces was a pretty humorous sight for the locals.

Our host family brought us into their home with open hearts and showed us true humility, work ethic and compassion. As brief a time we spent with them, they made a lasting impression on all of us.

The GHI team of undergrads I traveled to Peru with was so special–each surprising me with their amazing attitudes, maturity and collaborative energy that I totally didn’t expect from a cohort of people 5-6 years younger. One of the many ways they out-did me in responsibility was maintaining a blog about the project. Three cheers to Nina and Tori who led the way.

Read up on our project at the GHI Peru page.

on my instagram. videos too! sorry for the delayed posts. 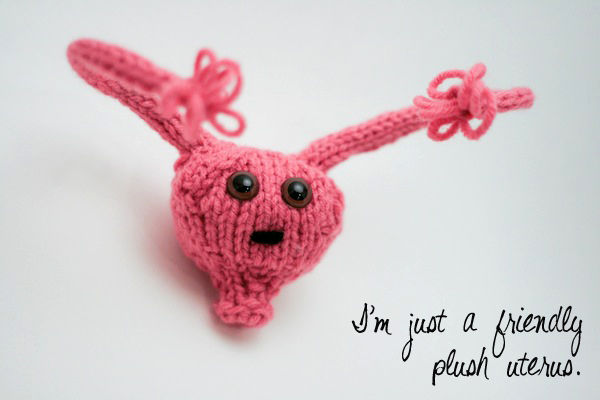 I’m leaving for Peru in less than a week! If you’re still looking for ways to help, consider these:

Judy Blume’s “Are You There God? It’s Me Margaret” (in English and/or Spanish)

If you live in Columbus and want to donate something, let me know! I’ll pick them up from you this weekend.

and Cash, of course

Some of these are pretty specific so another option, for dwellers of Columbus or any city, is to donate money. Project needs will undoubtably arise once we are on site. Also, some things make sense to buy there, due to travel limitations, and also because learning materials obtained locally will have better cultural relevance to the learners than something we might bring over. Any donations collected will go straight to the community, not the volunteers’ expenses. So pitch in and help us boost our effectiveness.

So I’ve shared a lot about national public health policy in Peru. You might be wondering what this could possibly have to do with my work on the ground, in an indigenous community, up in the mountains.

Policy decisions have remained regressive and are causing harm to the traditional practice of the Quechua. A few examples how:

Natural birth in a vertical position is promoted, because the baby should be received close to Pachamama or Mother Earth. Other rituals take place, such as burying or burning the placenta. This event takes place in a horizontal relation between the midwife and the birthing woman.

The volunteer group had dinner at my house a couple of weekends ago and I shared the following Haikudeck. I covered repro history as my last entry recounts. Then I shared cultural barriers to biomedical health settings, and suggested solutions to making care more culturally appropriate. Explore my notes if you’d like, or leave a comment below if you have any questions.

I’ve been doing research on the policy around reproductive health in Peru. With some significant political instability in the last few decades came a huge shift in contraceptive policy, from neoliberalism to extreme conservatism.

In time, though, this campaign became infamous for performing sterilizations without informed consent; aggressive recruitment practices targeted at individuals in poor communities (such as the indigenous); and extremely poor quality of care in delivering those procedures.

END_OF_DOCUMENT_TOKEN_TO_BE_REPLACED

The Wellness Innovators are excited to announce the pilot of a new wellness offering at ODEE: lunchtime yoga.

I’ve been practicing for a while now so you might consider me biased, but yoga has done some magic things for my mental and physical health.

One chapter of Ohio State’s cultural history was the adoption of the “Be Here Now” mantra, and whether you’ve been through these trainings or not, any yogi could speak to the value of being present in your personal and professional lives.

Before things get too ‘far out,’ let me provide some quick tips for beginner yogis:

END_OF_DOCUMENT_TOKEN_TO_BE_REPLACED

As I was contemplating my participation I spent a week reading and re-reading the project description wondering, “but what would we be doing?” So I was thrilled to receive more information on our liaison, a Peruvian anthropologist and PhD candidate named Cynthia who will be connecting us with local women’s organizations and leading the collaboration.

Her initiative (and blog) is called the KillaWarmi Project:

“Thus, Killa Warmi (Moon Woman in Quechua, Andean native language) Project was created for Andean women and girls of Peru. It is a reproductive health education project aimed to bring reproductive control back to women, focused in the reconnection with the sacredness of women’s bodies, the wisdom and knowledge we have as women of our bodies and processes – just by living in them and being connected to our cycles – , the revaluing of our connection to Mother Earth as women, and the strengthening of local feminine support networks.” END_OF_DOCUMENT_TOKEN_TO_BE_REPLACED I told you bake sales were happenin.

These are some savory scones

I whipped up over the weekend for those people. END_OF_DOCUMENT_TOKEN_TO_BE_REPLACED