To view past Water Quality Wednesday events, visit the OSU Agronomic Crops YouTube page and click on the Water Quality playlist. The same link direct you to register for the rest of the WQW events: http://go.osu.edu/WQW 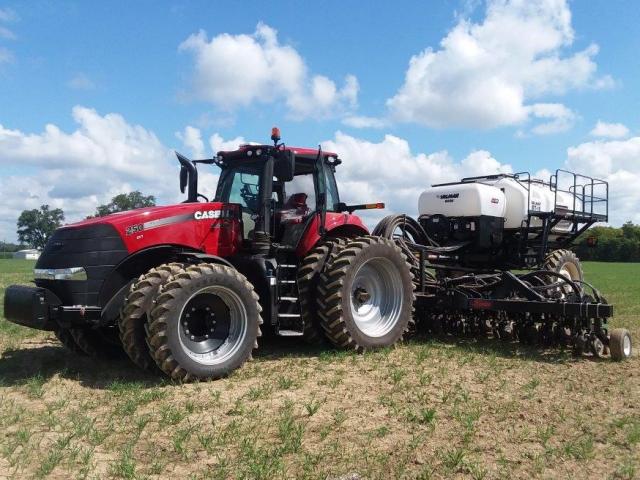 Harvest is starting and farmers participating in the H2Ohio program are reminded that any fall fertilizer applications, including manure, need to be approved by their local Soil & Water Conservation Districts. This will assure the application is in compliance with their Voluntary Nutrient Management Plan and there will be no problems with the payment process.

Many farmers will be working with their local fertilizer dealerships for fertilizer recommendations, but it is still a requirement to get approval from your local Soil and Water Conservation District before the fertilizer or manure is applied. 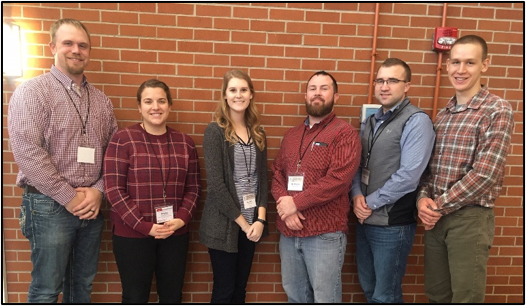 Our goal is to engage farmers and their trusted advisors in new production strategies, technologies, and best management practices to improve fertilizer use efficiency and farm profitability while promoting soil health and reducing nutrient and sediment losses within the western Lake Erie basin.

Through education, outreach, and demonstrations highlighting the benefits of practices we hope to encourage widespread practice adoption and sustained practice implementation. END_OF_DOCUMENT_TOKEN_TO_BE_REPLACED

Both swine and dairy manure can be used to add moisture to newly planted soybeans. It’s important that the soybeans were properly covered with soil when planted to keep a barrier between the salt and nitrogen in the manure and the germinating soybean seed. It’s also important that livestock producers know their soil phosphorus levels, and the phosphorus in the manure being applied, so soil phosphorus levels are kept an acceptable range. END_OF_DOCUMENT_TOKEN_TO_BE_REPLACED Although the economic impact of the COVID-19 pandemic required the state of Ohio to reassess its budget forecasts, the Department of Agriculture will be moving forward with $50 million in incentive funds available to producers for implementation of the Best Management Practices (BMPs) included in Governor DeWine’s H2Ohio program.

H2Ohio funding for BMPs will begin in the crop year 2021. Soil & Water Conservation District staff will contact current H2Ohio applicants and work with producers to update all applications to reflect BMPs for crop years 2021, 2022, and 2023, with future year incentives contingent on the availability of funds. END_OF_DOCUMENT_TOKEN_TO_BE_REPLACED

With little explanation, the city of Toledo has withdrawn its appeal of U.S. District Judge Jack Zouhary’s Feb. 27 ruling to invalidate the Lake Erie Bill of Rights.

In his eight-page ruling, Judge Zouhary said his decision to invalidate LEBOR was “not a close call.”

The ruling came on the one-year anniversary of a special February 2019, a special election which drew only 9 percent of the city’s registered voters. Of those, 61 percent approved a citizen-led referendum that called for amending the city’s charter. END_OF_DOCUMENT_TOKEN_TO_BE_REPLACED From The Nature Conservancy Newsletter
We are looking for a diverse group of farmers; large acreage, small acreage, corn and soy, small grains, livestock, new and experienced who are willing to be trained to reach out and share their knowledge with other farmers.  “This is an opportunity for farmers to take the knowledge they’ve gained on their own farm and make an impact in a larger area.  We want people (farmers) who realize the importance of soil health goes beyond their own farms and who want to see farming be successful.  The future of farming depends on soil health,”  said Stephanie Singer, outreach education specialist at the Western Lake Erie Basin Project Office.  If you are interested in being part of this exciting farmer-led outreach project please complete the online Farmer Advocate for Conservation Application, Click Here!

END_OF_DOCUMENT_TOKEN_TO_BE_REPLACED Paulding SWCD was awarded a grant with the Ohio Department of Agriculture to lead a watershed program with efforts focused on improving water quality with a focus on soil health, wetlands, controlled drainage, waterways/filter strips just to name a few. The goal of this watershed program is to adopt the best management practices listed and pursue funding to implement the BMPs.

There are a number of grant opportunities available right now to us right now through various sources. Paulding SWCD looking for your input on a list of projects/practices that you would like to do on your land which we could seek funding for. Our efforts are focused in the following watersheds that drain to the Auglaize River: Blue Creek, Middle Creek, Prairie Creek, Flatrock Creek, Little Flatrock Creek, and Wildcat Creek. See the map in the picture We are looking for the following projects to pursue grant funding for:

Information on each of these practices can be found at https://agbmps.osu.edu/bmp.

If you wish to implement one of the following practices, want to discuss in detail, need info on any of the practices please reach out to me via email at patrick.troyer@pauldingswcd.org or by phone 419-670-4499 by June 1, 2020. Rachel is the Water Quality Extension Associate for Paulding, Defiance, and Van Wert Counties. Rachel will be working to increase water quality and the adoption of best management practices through farmer demonstrations, research, and outreach. She has an interest in cover crops, soil health, and nutrient use efficiency. Join Rachel for virtual coffee and conversation on Tuesday, April 28th anytime between 1:00 and 2:00 PM. Come with your water quality and soil health ideas at the farm level. You can call in or connect via your phone, computer, tablet, or any other device.

Prior to her water quality position, Rachel worked in the Agroecosystem Nutrient Cycling Lab at the University of Kentucky and has experience with on-field and lab research. Rachel earned a B.S. in Sustainable Agriculture from The University of Kentucky in 2019 and resides near Defiance, Ohio. Rachel can be reached at cochran.474@osu.edu or (567) 344 – 5016.

Under the Clean Water Act, a TMDL is a calculation of the maximum amount of a substance (in this case phosphorus) that is allowed to enter a body of water and meet water quality standards for that pollutant. The TMDL sets a reduction goal for that pollutant for each source, such as agriculture, municipal wastewater, developed land, and septic systems. The Clean Water Act directs the state to submit a 303(d) list to U.S. EPA every two years. A TMDL must be developed for all waters identified by a state on their 303(d) list of impaired waters, according to a priority ranking on the list.

In 2018, OEPA listed the open waters of the Western Lake Erie Basin as impaired but did not commit to developing a TMDL. Once the open waters were listed, there was no question about whether a TMDL would be created, it became a question of when and whether the U.S. EPA or OEPA would oversee its development. Most of the Western Basin, and significant portions of watersheds throughout Ohio, are already slated for TMDL development or operating under a current TMDL developed by the state.

The Ohio Corn & Wheat Growers Association (OCWGA) and the Ohio Soybean Association (OSA) made the following statement in reaction to the announcement.

“While OCWGA and OSA do not believe a TMDL is the best way to advance the goals that have been set for Lake Erie, we recognize that an Ohio-led TMDL with state-wide stakeholder input is better than one developed at the federal level. We appreciate Governor DeWine’s leadership on water quality and his commitment to supporting farmers through significant state funding in H2Ohio. Our organizations will continue to advocate for the best interests of our growers and will communicate developments with you to keep you informed on this issue.

“Ohio’s corn, soybean, and small grain farmers have been working for over a decade to do their part in addressing water quality issues in Lake Erie by investing millions of their own dollars, implementing new conservation practices on their operations, and working closely with other agricultural organizations, universities, and environmental groups. Additionally, there is tremendous momentum among farmers to make new programs, such as H2Ohio and the Ohio Agricultural Conservation Initiative, successful.” Some Ohio livestock producers will be looking to apply manure to farm fields frozen enough to support application equipment.  Permitted farms are not allowed to apply manure in the winter unless it is an extreme emergency, and then moved to other suitable storage is usually the selected alternative. Thus, this article is for non-permitted livestock operations. Please hold Friday, January 17, 2020, for the annual NW Ohio Corn-Soybean Day in Archbold at Founders Hall on the Sauder Village Campus.  Program runs from 8 am to 3 pm and includes a 3 hr Private Pesticide recertification plus 1 hour fertilizer; 2.5 hrs Commercial Recertification including 2d, 2c, core and fertilizer; and 4 hours of CCA credits. Prepaid registration is $35 if postmarked by Wednesday, January 8th.  A registration form/agenda for attendees is attached; print and send in ASAP with payment.  Please see the agenda for the day, located here: 2020 Corn-Soy Day agenda