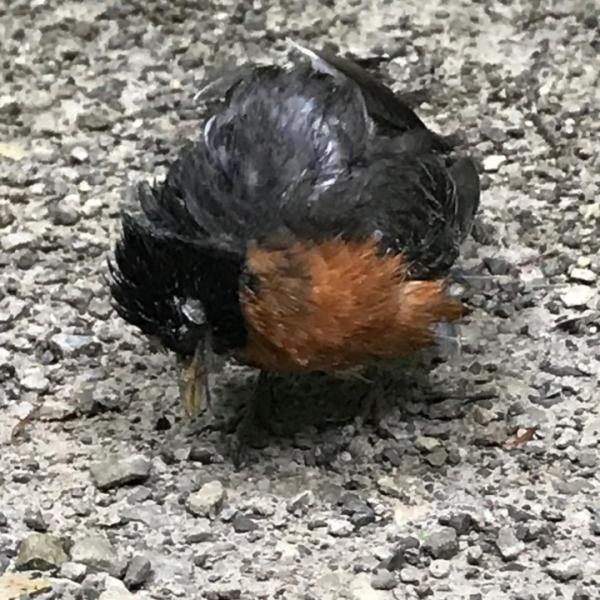 Ohio counties experiencing the bulk of the outbreak so far include Brown, Butler, Clark, Clermont, Delaware, Franklin, Greene, Hamilton, Montgomery, and Warren counties.  Which birds are being impacted?

The illness appears to affect multiple species of birds. In Ohio, primary bird species affected include blue jays, common grackles, house sparrows, European starlings, and American robins. Other common backyard birds may also be affected. Currently, no reports exist of other animals being impacted by this illness or its symptoms. 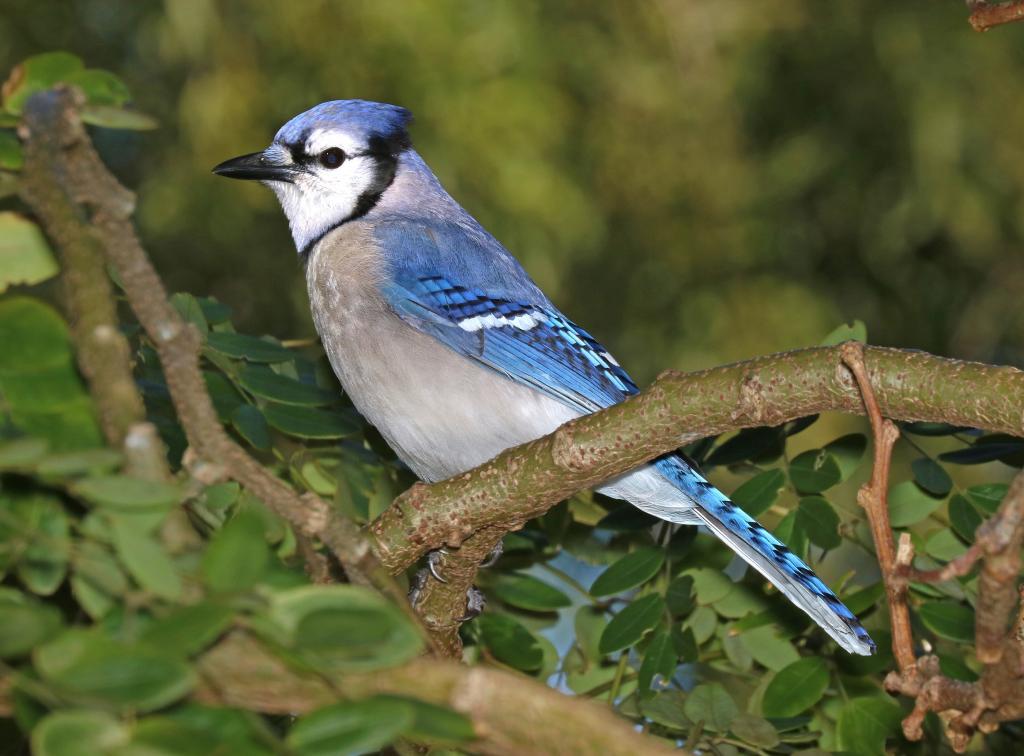 Blue jays are one of several species affected by this illness.

What is causing the illness? Currently, the cause of the bird deaths and/or symptoms is unknown. Connections to pesticide exposure, the recent cicada emergence, and a possible viral illness are being explored. That said, no conclusions as to the cause of the illness have been made at this time. Diagnostic laboratories, including the USGS National Wildlife Health Center, are currently accepting and analyzing samples to learn more about the illness and to determine the cause.

What can you do?

1) As the cause is still unknown, specimen submission is critical at this stage. Please contact your nearest wildlife rehabilitator if you find a sick bird. To track the spread of the disease, the ODNR-Division of Wildlife is accepting reports of dead birds through their online reporting system a: https://apps.ohiodnr.gov/wildlife/speciessighting/.  Choose ‘Bird – Diseased/Dead’ in the ‘Species’ drop-down menu. 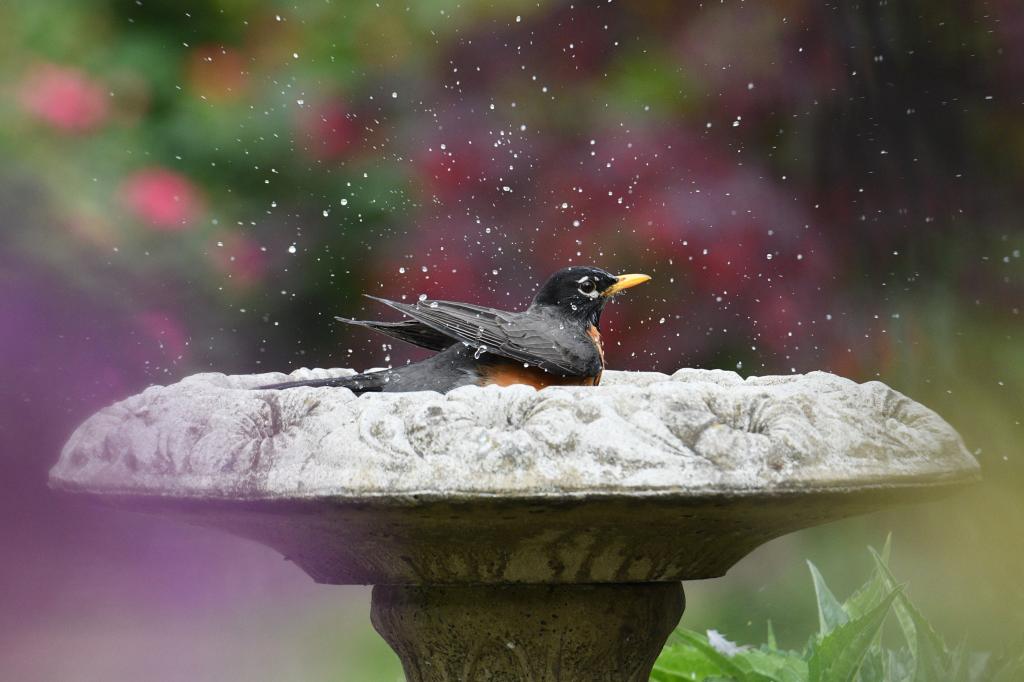 American robin in the birdbath.

The Ohio Division of Wildlife has created a new webpage for sharing updates on the disease. The page also provides easy access to the reporting website and a list of wildlife rehabilitators.

Takedown your bird feeders and empty your bird baths for 7—10 days.

1) The National Wildlife Health Center recommends temporarily removing bird feeders and birdbaths “during a disease outbreak observed at bird feeders or when sick and dead birds are consistently turning up at a feeder to prevent congregation of infected and non-infected birds at the feeding site.”

1) Clean bird feeders and birdbaths with a 10% household bleach solution (9 parts water:1 part bleach) and remove any spilled and potentially contaminated feed from under the feeder.

2) Clean the feeders, birdbaths, and any items contaminated with bird droppings in an outdoor space or in another area of your home that is not used for food preparation or bathing. Some avian pathogens, such as Salmonella, can cause sickness in people, and cleaning bird feeders and baths with you and your family’s health in mind is very important.

3) Remember, even when there isn’t an outbreak, it’s still important to regularly clean your bird feeders and baths to reduce the spread of other diseases that may spread among songbirds.

But won’t the birds go hungry/thirsty if I take down my feeders and birdbaths? 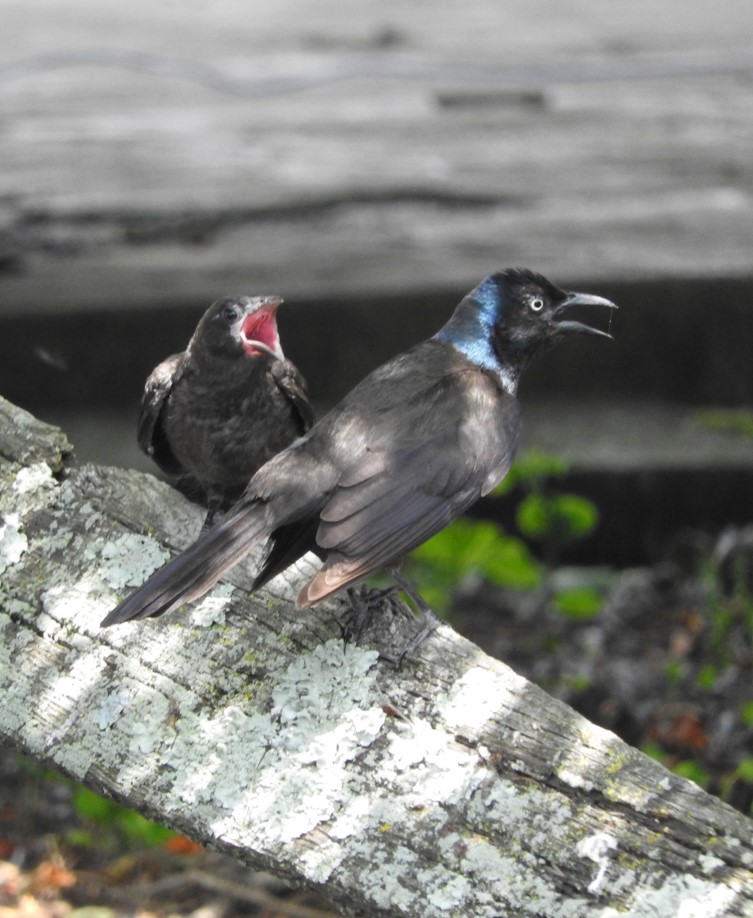 Birds are hardy and resourceful. A temporary lapse in feeder food/water likely won’t set them back too much. More importantly, summer is when plants are producing nectar, seeds, fruits, and attracting insects, all of which serve as food for birds. There is often an abundance of natural foods for birds this time of year. Remember also that birds have the ability to fly, allowing them to travel further distances if needed to find food and water. Right now, it’s important to keep the safety of the birds a priority and take a break from feeders and baths until more is known about this outbreak.

Note: This is a developing problem and I will be posting updates as more is discovered about this illness. Stay tuned for more info!