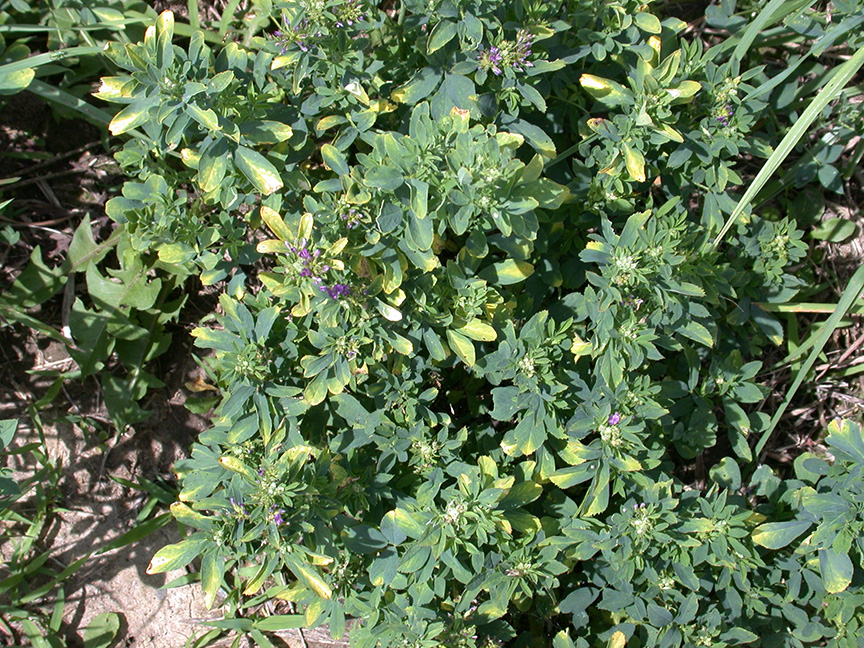 Management of potato leafhopper was needed weeks before this hopper burn.

Potato leafhoppers are small, wedge-shaped, yellowish-green insects that remove plant sap with their piercing-sucking mouthparts. Leafhopper feeding will often cause the characteristic wedge-shaped yellow area at the leaf tip, which is referred to as “hopper burn.” Widespread feeding damage can cause a field to appear yellow throughout. Leafhopper damage reduces yield and forages quality due to a loss of protein. If left uncontrolled for several cuttings, potato leafhoppers can also significantly reduce stands.

Timely scouting and applying insecticides when necessary can prevent potato leafhopper damage. Treatment is preventative rather than curative. To effectively prevent economic losses, treatments must be applied before yellowing occurs. Yellowing means the damage is done, and treatments at this point amount to “revenge spraying”. Be sure to scout the alfalfa regrowth for leafhoppers shortly after cutting and removal, as this is one of the more critical periods.

The need to treat for leafhoppers can be determined prior to the appearance of damage if fields are surveyed on a regular basis. To assess leafhopper populations and the potential for damage, take at least 5 sets of 20 sweeps with a 15” diameter sweep net in representative areas of a field. Carefully examine the contents of the sweep net, count the number of adults and nymphs, and calculate the number of leafhoppers per sweep. Use the guidelines given below to determine the need for treatment. For recommended insecticides see Extension Publication E-220, Alfalfa Insect Control Recommendations which can be viewed at <http://extension.entm.purdue.edu/publications/E-220.pdf>.