The United States Department of Agriculture (USDA) released their World Agriculture Supply and Demand Estimates (WASDE) report earlier this week and it has certainly taken the market by surprise. The debate continues to rage over how acres are classified by USDA and if the information contained in the report is accurate. The WASDE reported that corn acres nationally are at 90 million with another 11.2 million classified as Prevented Plant. The USDA also increased their national yield forecast to an average of 169.5 bushels per acre. This came as a major shock to the market and sent corn futures sharply lower. The December ’19 corn futures have traded 61 cents lower in the days following the report.

This report is especially problematic for producers in Ohio that have not forward contracted any bushels based on uncertainty of yields associated with delayed plantings.  There are also producers that are holding old crop corn in hopes that the cash price would reach levels over $5. This has lead to a very strong regional basis through the summer. It has also begun the process of demand rationing.  One of the major end users in Ohio is obviously the ethanol industry.  Unfortunately, September ethanol futures on the Chicago Board of Trade are trading at their lowest levels since October of 2014. One of the reasons for this is increased stocks. The industry closed the month of July with a new record of 24.5 million barrels stockpiled.  That represents an increase of 11% from the previous year. Needless to say these cumbersome stocks combined with a low futures price and a higher cash corn price, due to the strong basis, have had a negative impact on ethanol margins. It is important for producers to be aware of this situation as any significant rally in the futures or strengthening of the basis will ratchet up the pressure on ethanol plant managers. This could lead to the temporary shutdowns at plants throughout Ohio as managers wait for margins to improve. 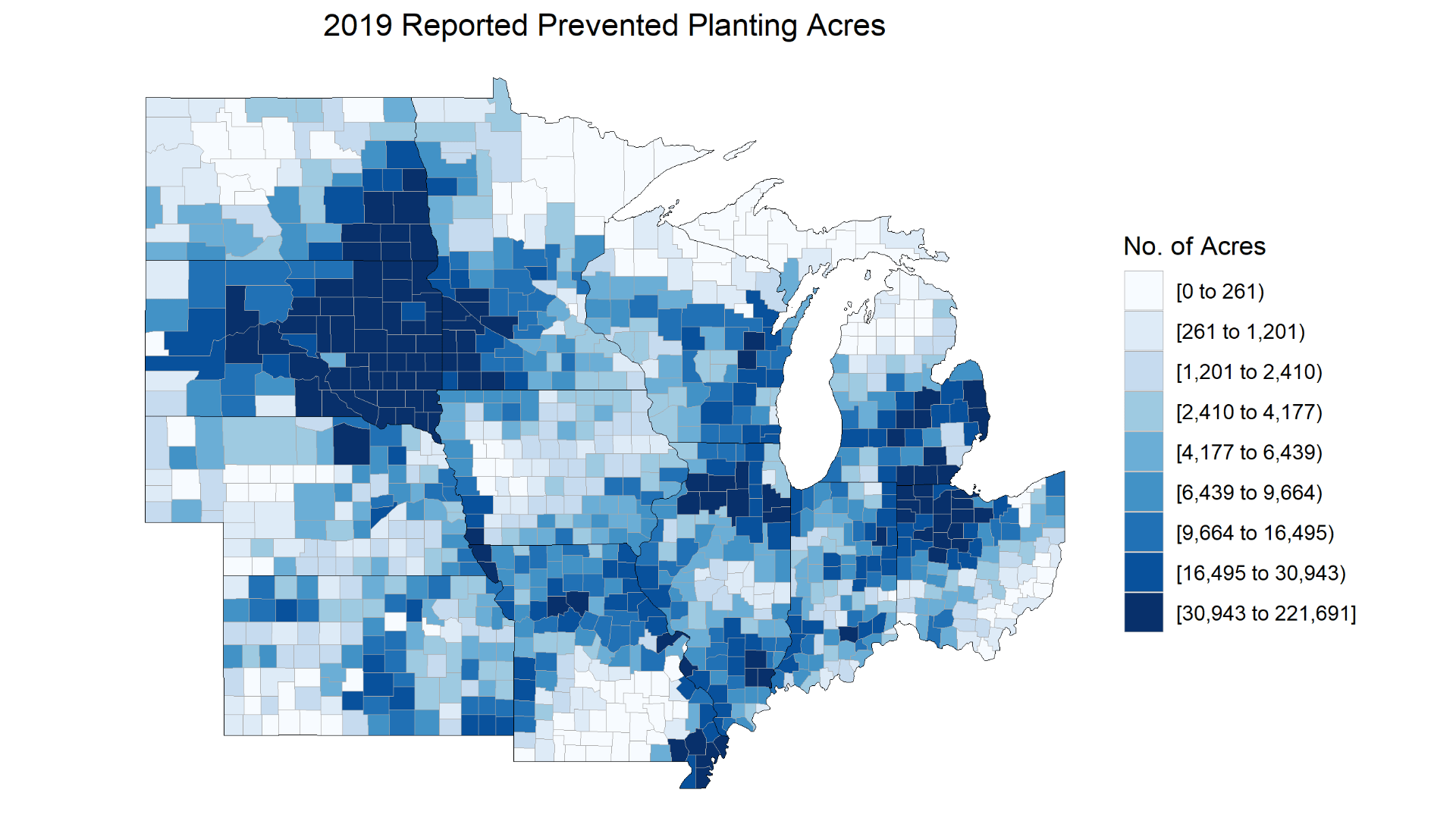 The USDA will release the next WASDE on September 12th and it is unlikely that it will have as great of an impact as the August report. Many of the questions that farmers and traders have been left with will not be answered fully until after harvest data comes in. Given the unprecedented number of unplanted or delayed acres there are many questions on how many acres will actually end up harvested for grain. Ohio had reported over 880,000 of prevent plant corn acres to the USDA as of August 1st.  This will continue to be reflected in a stronger than normal basis in those areas that were most impacted. There also remains plentiful speculation on the possibilities of meeting the yield numbers that USDA has forecasted.