There have been many discussions about the Wikileaks v. United States court case (ongoing).  The basic outline of the case is as follows: Bradley (now Chelsea) Manning leaked classified military documents and videos to Julian Assange, the man who runs Wikileaks.  Assange released these documents and videos online for the public to see.  Manning has been charged with up to 35 years in prison while Assange has asylum in Ecuador.  The court’s duty in this case is to establish whether or not Wikileaks and Assange violated the Espionage Act of 1917.

I do not personally believe that what occurred was criminal.  Other than showing the public things they might not want to see, this act did not endanger any American lives or harm any ongoing military operations.  I would “no” when asked if anything criminal occurred.

When looking at the First Amendment, all of its included freedoms seem integral to making sure the United States does not become a censored entity.  The freedoms of speech, religion, press, petition, and assembly are central to the ideals on which this country was founded.  However, if forced to choose one freedom to give up, it would have to be petition.  All of the other freedoms are so important to our everyday life that it would be almost ridiculous to think about giving any of them up.

All of these situations are possible outcomes of losing a freedom.  I would choose petition because of two reasons: firstly, I believe that it would establish a greater trust in our elected representatives, as we would only be able to count on them to call for change in the government; secondly, I believe that it would cause people to take a larger role in their local governments and think more about the issues on election day.

These are the reasons and situations that I believe are important when deciding which freedom to relinquish. 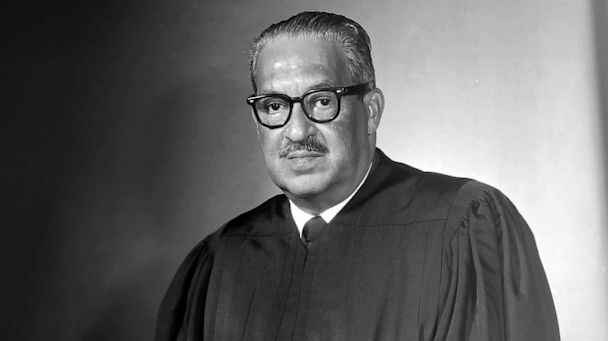 I was nominated for the Supreme Court by President Lyndon B. Johnson.  During my time in office, I compiled a mostly liberal record.  I also firmly believe that the Constitution is not a perfect document, evidenced by the speech I gave during its bicentennial celebration.  I referenced its need for amendments, a civil war, and change in general in order to become the important document we know today.

Two of my most famous cases are United States v. Nixon and Texas v. Johnson.  In United States v. Nixon, the Court and I ruled that there is a limit to presidential powers and immunities during the judicial process.  In Texas v. Johnson, we a 5-4 decision (in which I was in the majority) ruled that the burning of the American flag is protected by the First Amendment.