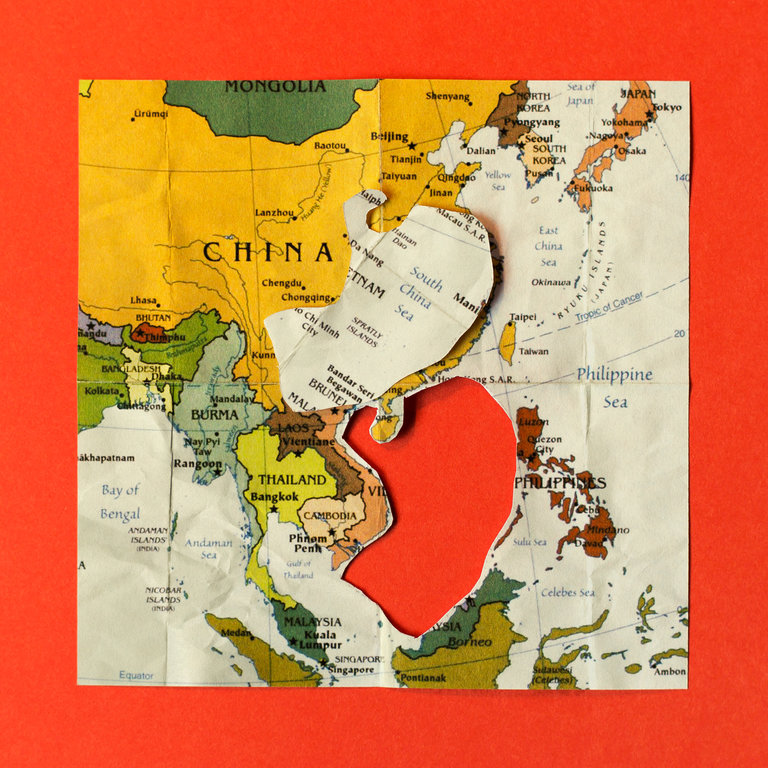 SHANGHAI — At an ocean research center on Hainan Island off China’s southern coast, officials routinely usher visitors into a darkened screening room to watch a lavishly produced People’s Liberation Army video about China’s ambitions to reassert itself as a great maritime power.

As enormous, new naval vessels plow through high seas, a deep male voice intones: “China’s oceanic and overseas interests are developing rapidly. Our land is vast, but we will not yield a single inch to foreigners.” END_OF_DOCUMENT_TOKEN_TO_BE_REPLACED

END_OF_DOCUMENT_TOKEN_TO_BE_REPLACED

I currently research on the Chinese male readership of “boys love” (BL) manga and fiction that focus on romantic or homoerotic male-male relationships, but are read and received mainly by heterosexual female readers. I am seeking an AAS panel that may be interested in my paper. Based on readership studies and interviews, this paper can fit into panels on media studies, gender studies, cultural studies or studies on censorship. If you are interested, please contact me for paper proposal and more details.

I admire the translation of the poem by 小众童网 on CDT. It was probably harder to translate than the one by Meng Lang, although I don’t think Meng Lang is easy to translate. This period since Liu Xiaobo’s terminal illness was announced has brought much attention to poetry by and for Liu Xiaobo and his wife Liu Xia.

Two days ago I discovered a poem on Weibo. I think it wasn’t censored, probably because it is circulated as a picture. My translation is below. Click on the picture on my bloghttp://banianerguotoukeyihe.com/2017/07/20/cannot-speak-his-name-%e6%b9%98%e8%93%ae%e5%ad%90/

I have also tried to translate (to German) a poem by Liu Xiaobo from 1997. An excerpt was circulated on Twitter when Liu Xiaobo was still alive. You can see the original interspersed with my efforts here:
https://banianerguotoukeyihe.com/2017/07/22/liu-xiaobo-%e5%8a%89%e6%9b%89%e6%b3%a2%ef%bc%9a-du-platzt-%e4%bd%a0%e7%82%b8%e8%a3%82-1997/
Two sections were published in Frankfurter Allgemeine Zeitung and Neue Zürcher Zeitung. They are very poignant. There is one section that I found too hard to translate. I googled the two most difficult lines, and found an entry titled “Who writes better poetry, Liu Xiaobo or a junior high school student?” END_OF_DOCUMENT_TOKEN_TO_BE_REPLACED

A DVD copy of the Cantonese opera film exists that has Chinese-English dual subtitles. I think there were a few lines that weren’t translated though I can’t recall w/o looking at it again. Further work on rethinking the film script with a new English translation should be beneficial and welcomed, I would think.

The article states that the name “Xinhuashe” (新华社) was adopted “after the 1949 revolution.” Two problems with this. First, the name Xinhuashe was used from 1937 when the CCP moved to Yan’an (after the Xi’an Incident). Second, officially there was no “revolution” in 1949, only the “establishment of the PRC” (建国).

Once again we have a case of a reviewer failing to mention the name of the translator, or even seeing the book under review as a translation. By the way, the translator is Michael Berry.–Kirk

Source: SCMP (6/7/17)
James Joyce-like novel about Japanese genocide of Taiwan tribes is a tough read, but worth the effort
Award-winning Remains of Life, written without chapters or paragraphs, is a technically daunting account of a terrible event from Taiwan’s occupation that has taken 18 years to publish in English, and it’s not hard to see why
Mike Cormack 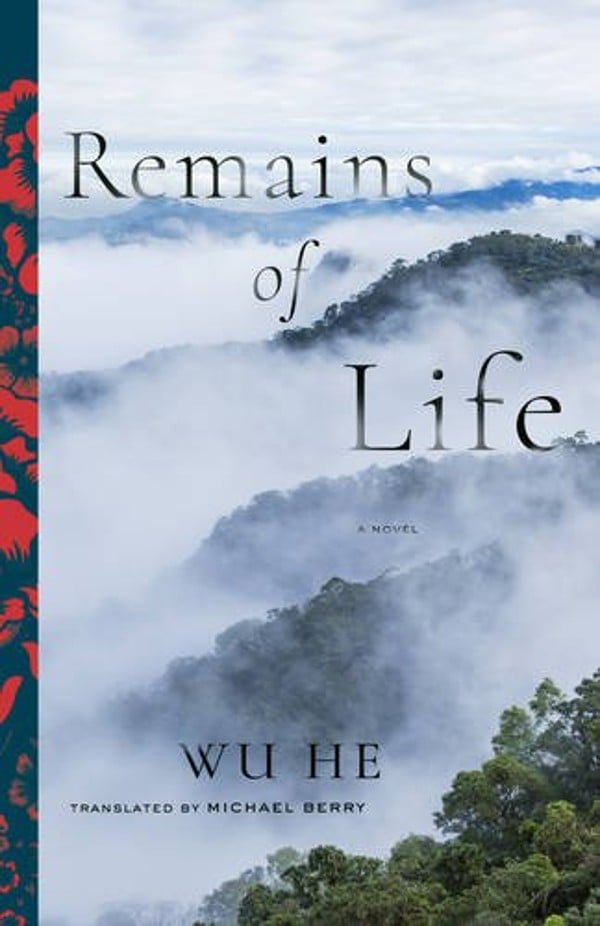 It’s taken 18 years for Wu He’s critically lauded Remains of Life to appear in English translation, and a glance at the text readily explains this delay.

This is an avowedly experi­mental novel that revolves around one dreadful event. On October 27, 1930, at a sports meeting at Musha Elementary School, on an aboriginal reservation in the mountains of Taiwan, a bloody uprising took place against the Japanese. By noon, the headhunting ritual had left 134 of the occupiers decapitated. The colonial power’s response was to mobilise a 3,000-strong militia, roll out the heavy artillery, put planes in the air and deploy poisonous gas in a ferocious act of genocide that saw the near extermination of the Seediq tribes.

The Musha Incident, as it came to be known, had been forgotten by many Taiwanese, but the book led to a resurgence in interest, and a new evaluation of its significance. END_OF_DOCUMENT_TOKEN_TO_BE_REPLACED

Source: Sixth Tone (1/19/17)
Ode to Joy: A breath of fresh air on Chinese TV that turned toxic
A show about five millennial women making their way in Shanghai is a smash hit. What made it different from other Chinese TV shows, and where has it gone wrong?
By Jiayun Feng

Meet the characters of China’s hit show, Ode to Joy:

A former Wall Street executive who returns to China in search of her lost brother. Despite her beauty and intelligence, Andi has social phobias and no experience with relationships.

Born to an affluent family, Qu is bold, fierce, and good at making drama out of ordinary life.

END_OF_DOCUMENT_TOKEN_TO_BE_REPLACED Interested in Chinese fiction in translation? Want to read and review recent works by contemporary Chinese authors and to see your reviews published online? Then apply to join the Reading Chinese Book Review Network!

We are looking for enthusiastic volunteer reviewers to join our book review network, launched in collaboration with Balestier Press and Penguin China. Reviewers who join the network will be sent a copy of selected titles and asked to submit a review within a specified timeframe. Their review will then be published on our website, creating a valuable resource for teachers and students of Chinese, as well as for members of the public looking for a good place to start with Chinese fiction in translation. END_OF_DOCUMENT_TOKEN_TO_BE_REPLACED

I think the novel Triple Door (三重门) by Han Han may be a good choice, though it hasn’t been translated into English.

I can suggest ‘Village Middle School’ a documentary by Tammy Cheung:

It is a fly-on-the-wall documentary about the life in this school.

I am interested in translating the script of a Cantonese opera film, titled Guan Hanqing 關漢卿. It was adapted from Tian Han’s 田漢 stage play, cast by the Cantonese opera masters Hong Xiannv 紅線女 and Ma Shizeng 馬師曾, filmed by 上海海燕電影製片廠 and 廣州珠江電影製片廠 jointly, and released in 1960.

Founded in 1931 as Red China News Agency 红色中华通讯社, and named after the 1949 revolution, Xinhua News Agency is China’s most important state-owned newswire. Every day, Xinhua feeds thousands of articles to newspapers, websites, and TV stations across China. Xinhua copy is available for free to any news organization; in addition, during some political events, news organizations are required to use Xinhua copy.

So when Xinhua updates its style guide, it affects the way the news is written in every media organization in mainland China. On July 20, Xinhua added 57 new rules (in Chinese) to its existing style guide (which was released in May 2015). Here are some of them:

Beijing (AFP) – Under the shadow of heavy police surveillance, around 20 close friends of China’s late Nobel laureate and dissident Liu Xiaobo have held a defiant private memorial in Beijing.

Since the prominent democracy activist died of liver cancer in custody last week, his Chinese supporters say they have been barred from leaving their homes or organising commemorative events, while censors have blocked online tributes.

But on the seventh day following Liu’s death — an important milestone for the deceased in traditional Chinese culture — the group gathered Wednesday evening for a two-and-half-hour ceremony in which they shared memories of the man. END_OF_DOCUMENT_TOKEN_TO_BE_REPLACED

Such Stuff as Qing Borderlands are Made On
David A. Bello, Washington and Lee University

A colleague (trained in French studies) will be teaching a senior capstone course for students majoring in a variety of language and cultural traditions. The topic of the seminar is the “limits of education” and he is looking for titles of films and literature from our field that address any aspect of formal education and the institution of the school. I would be grateful if you could pass along any title that you think might suit his purpose.