President Xi Jinping on Thursday led his core team to a site in northwestern China highly symbolic of the Communist Party’s revolutionary past, where he pledged to inherit and carry forward the revolutionary tradition and spirit.

The visit came just days after Xi secured a norm-breaking third term as party general secretary at a landmark national congress, where he also revealed the line-up for the Politburo Standing Committee, the apex of political power in China.

“After the closing of the 20th party congress, members of the Politburo Standing Committee came to Yanan with great admiration,” Xi was quoted by state broadcaster CCTV as saying, as he led committee members on a visit to the old revolutionary base in Shaanxi province.

“The purpose [of the visit] is for us to review the glorious years of the party in Yanan, in memory of the great achievements of our revolutionaries, promote the Yanan spirit, and carry forward the fighting spirit [of our revolutionaries] as we strive to achieve goals set out in the 20th party congress,” Xi said.

Senior Chinese leaders rarely travel in a group to any location outside Beijing, but such trips have grown more common under Xi, in a show of unity and determination.

According to CCTV, Xi also paid tribute to Yanan, saying its people had made great contributions to the communist revolution.

“I have also lived and worked in the Yanan area for seven years and have a deep affection for it. My father’s generation also came from here, so I’m very familiar with this area,” Xi said.

The city of Yanan is considered the mecca of the Communist Party, hosting its headquarters for 13 years during the turbulent 1930s and 1940s. It was during this period that Mao Zedong and other communist leaders turned the tables against the ruling Nationalists, and ultimately seized power at the end of a civil war that saw the Nationalists flee to Taiwan.

Among the sites Xi and his group visited on Thursday were a hall used for the 7th party congress of the Communist Party in 1945 and a former cave house of Mao.

“The 7th party congress has an extremely important place in the history of our party. It showed the right direction for the party to keep moving forward from victory to victory,” Xi said.

Xi also compared the just-concluded 20th party congress with the 1945 event, hailing them both as important milestones in the party’s history.

The 1945 congress saw Mao Zedong Thought included in the party’s constitution for the first time, after a rectification campaign successfully purged Mao’s main opponents within the party and firmly upheld his status in it.

Similarly, much of Xi’s governing philosophy was written into the party constitution at the 20th congress, putting him on the same pedestal as Mao. 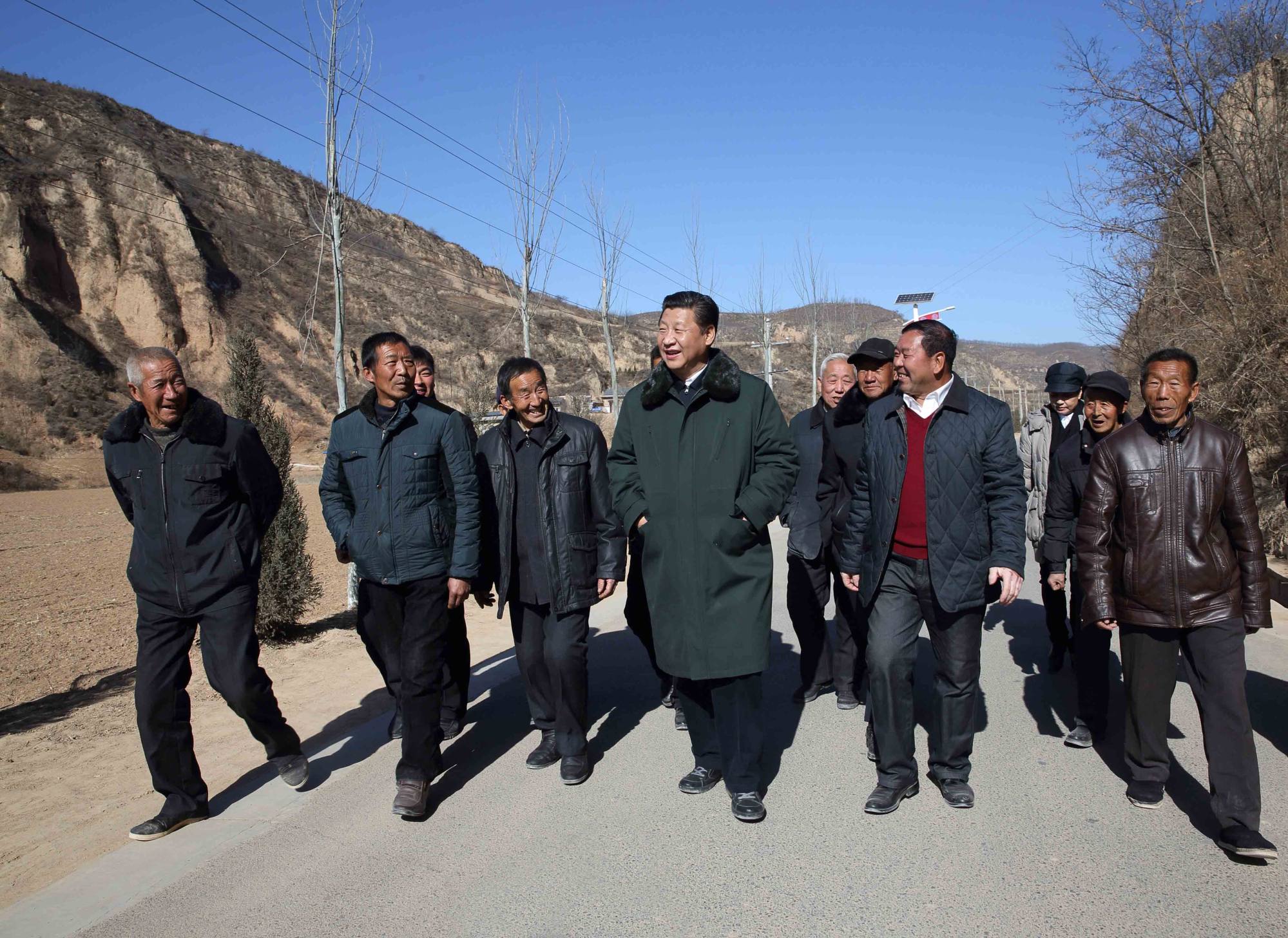 Xi Jinping during a visit to Liangjiahe village in 2015. Photo: Xinhua

Xi also spent seven years of hard labour in the region in the late 1960s and early 1970s. Liangjiahe village, where he stayed as a young man, is about 80km from Yanan. The village became one of the most popular destinations for local tourism after Xi took the helm of the party in 2012.

Thursday’s visit recalled a similar trip by Xi five years ago, after the end of the 19th party congress, when he led other Politburo Standing Committee members to Shanghai and visited a museum to commemorate the first congress of the Communist Party in 1921.

During that visit, the group recited the oath they made when they joined the party, and pledged to be true to the party and its cause.