Source: SCMP (7/1/22)
Hong Kong Palace Museum: highlights to see among the national treasures on loan from Beijing, and its controversial beginnings
When the Hong Kong museum opens on July 2, there are some stunning national treasures to see among more than 900 loaned by the Beijing Palace Museum. Its opening is the culmination of a project criticised for the lack of public consultation when Hong Kong’s then No 2 leader Carrie Lam announced it in 2016
By Mabel Lui

A festive robe made for a Chinese emperor on display at the Hong Kong Palace Museum. First announced in 2016, the museum is finally opening on July 2, 2022. Photo: Sam Tsang

The Hong Kong Palace Museum, in the West Kowloon Cultural District, officially opens to the public on July 2 and features a range of Chinese artworks and relics.

The grand opening of the Hong Kong counterpart to Beijing’s Palace Museum coincides with the 25th anniversary of the city’s handover from Britain to China. Nine galleries fill the 13,000-square-metre (140,000 sq ft) space, spread across five floors, exhibiting ink paintings, calligraphy, ceramics and other artefacts dating from as early as the 10th century.

Most of the pieces on loan are appearing in Hong Kong for the first time. A headrest in the shape of a reclining boy at Hong Kong Palace Museum. Photo: Sam Tsang

The project sparked its share of controversy when it was announced in December 2016 by the then-chief secretary for administration, the second-highest office holder in the Hong Kong government Carrie Lam Cheng Yuet-ngor, with critics homing in on the lack of public consultation.

Demonstrations followed and the now-disbanded Hong Kong Alliance in Support of Patriotic Democratic Movements of China – the group behind the annual Tiananmen Square vigils in Victoria Park in Causeway Bay – found itself in the media spotlight when it staged a protest between the Central and Hong Kong MTR stations, where a wall display of the Forbidden City served as part of a campaign to promote the Beijing museum. 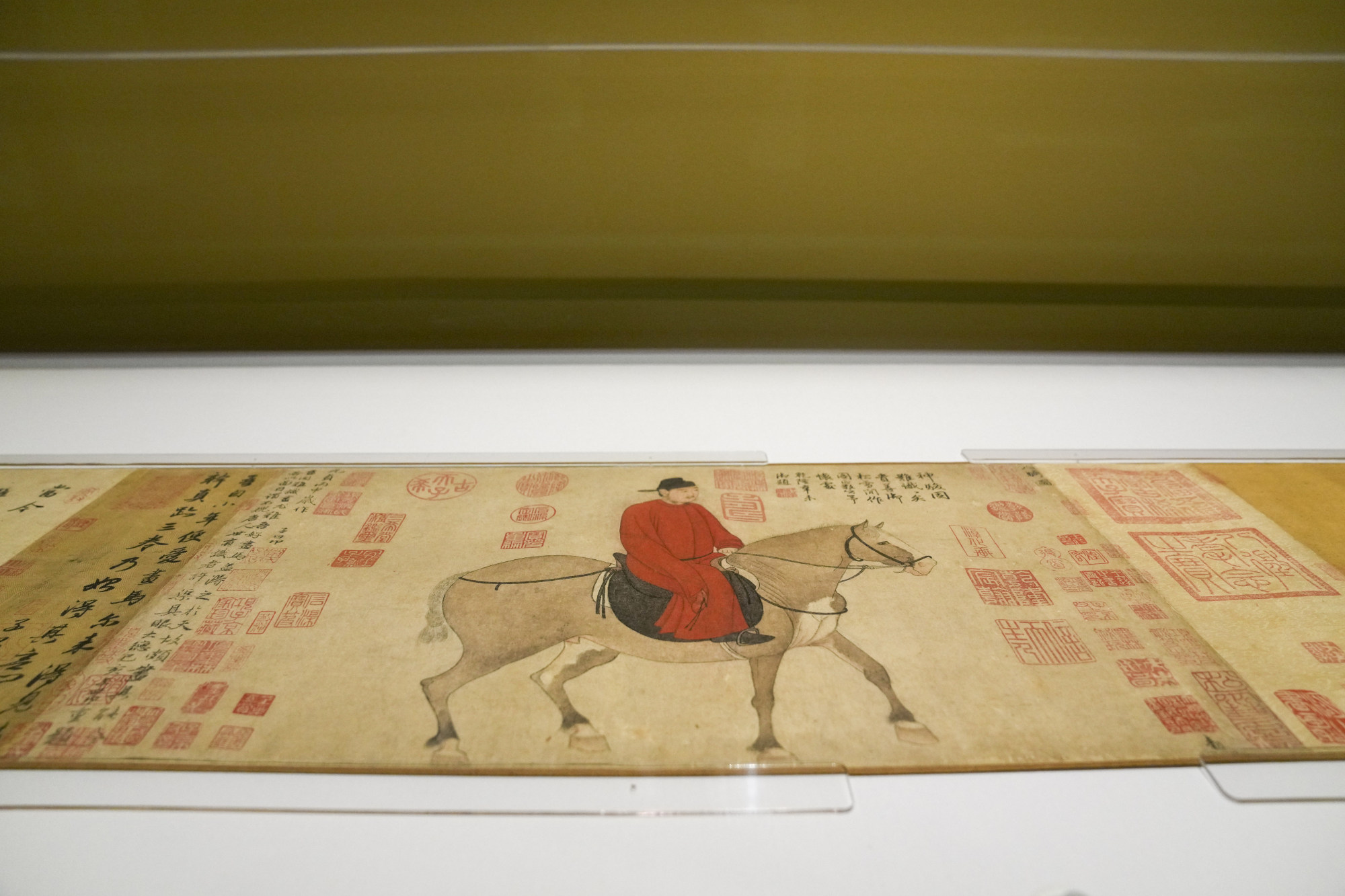 At the time, Alliance secretary Lee Cheuk-yan went so far as to tell the , “When we see [that], what pops up in our mind is not the relics, but the tanks outside it.”

Financier Conscience, a group of pro-democracy financial practitioners, criticised the lack of transparency in decision-making, and pushed for the museum project to be shelved, suggesting that Lam had neglected “procedural justice”. 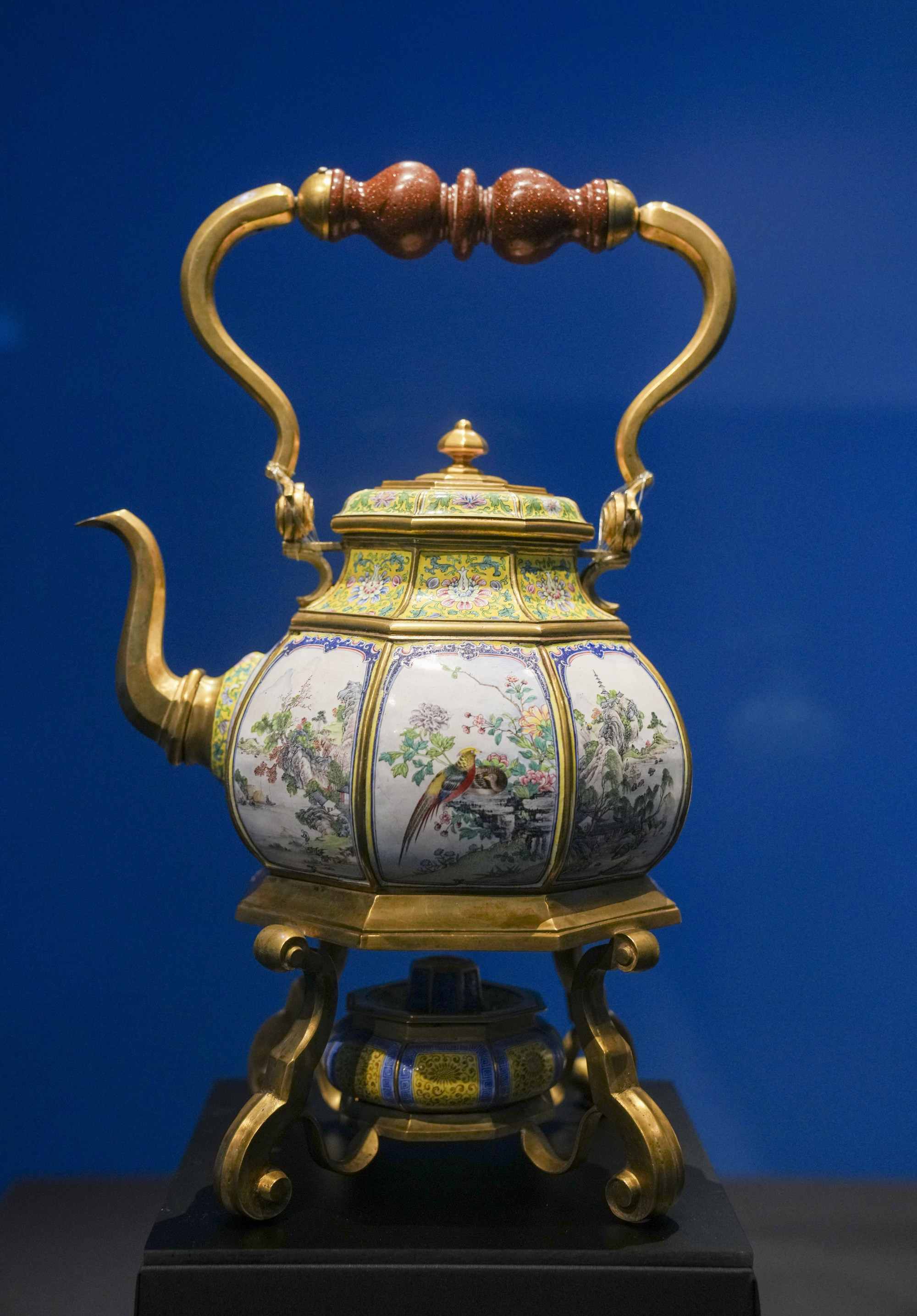 Nevertheless, construction forged ahead under architect Rocco Yim Sen-kee and main benefactor the Hong Kong Jockey Club Charities Trust. On June 14 this year, the museum named the Bank of China (Hong Kong) as an additional strategic partner and sponsor. 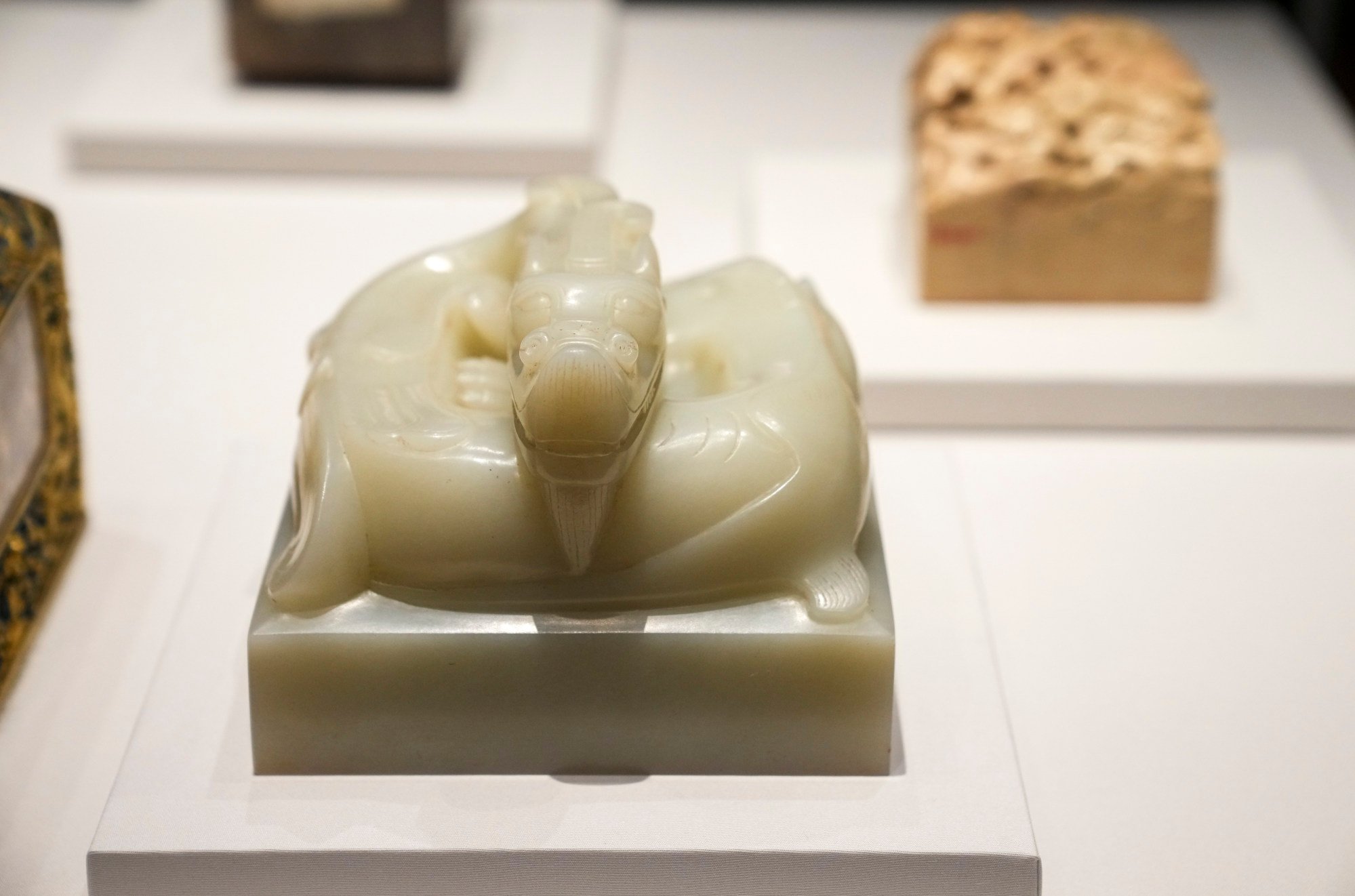 The seal of the emperor. Photo: Sam Tsang

After months of preparation, the Hong Kong Palace Museum held its official opening ceremony on June 22, attended by local and mainland Chinese officials and representatives.

At the event, Lam – the outgoing chief executive – observed: “Hong Kong has reunified with the motherland for 25 years. But there is still room for improvement when it comes to the promotion of Chinese history and national culture.” 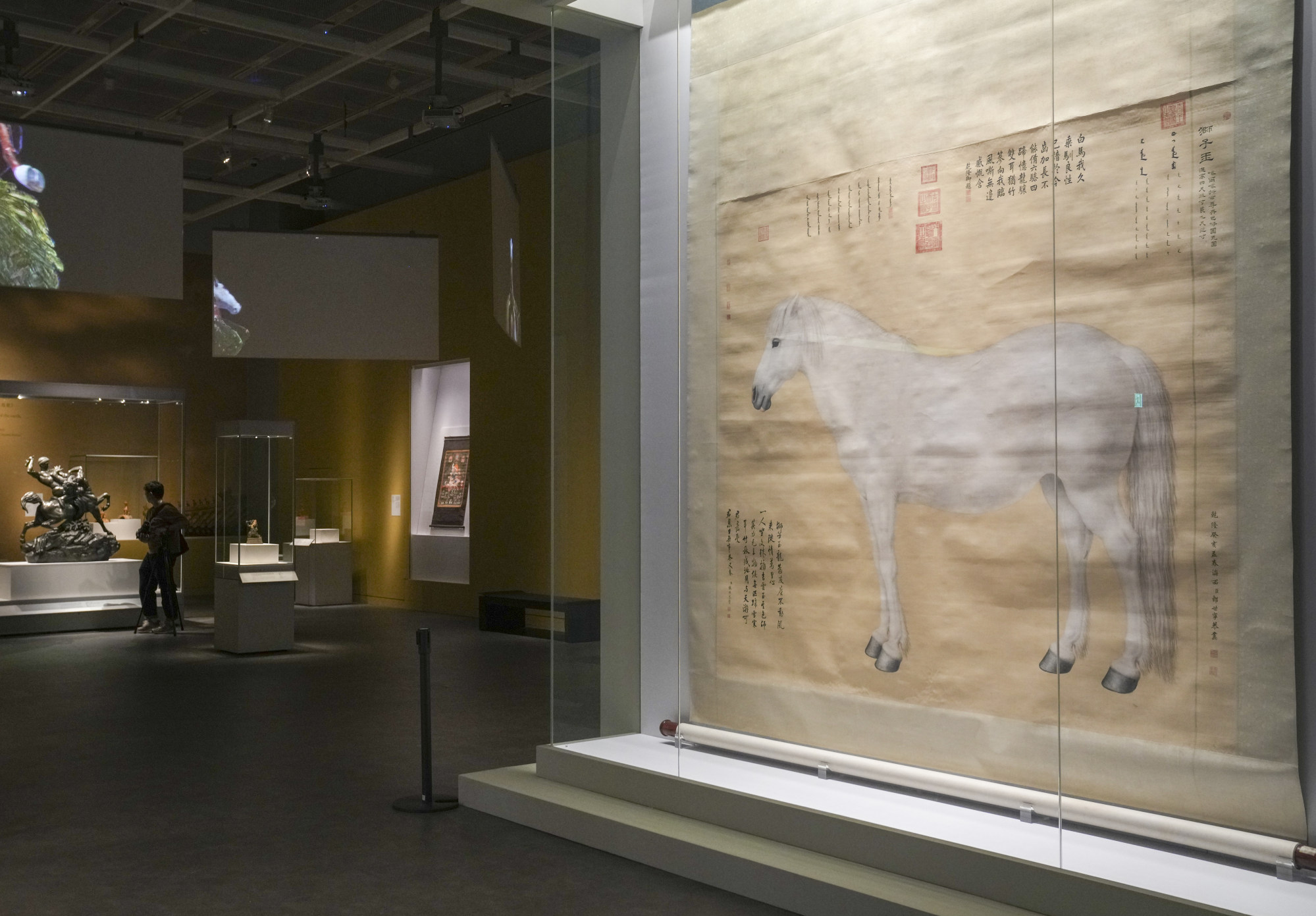 Of the Palace Museum’s nine opening galleries, five are thematic exhibitions highlighting works on loan from Beijing, and two are special exhibitions presented in collaboration with other cultural institutions. This gilded silver horse head is featured in “Grand Gallop: Art and Culture of the Horse”, the Hong Kong Palace Museum’s special exhibition presented in collaboration with the Louvre in Paris. Photo: Sam Tsang

One of these is titled “Grand Gallop: Art and Culture of the Horse”, and features more than 100 works from Beijing shown alongside 13 works on loan from the Louvre Museum, in Paris, France.

One gallery is dedicated to the history of Chinese art collecting in Hong Kong, while another shows new multimedia works by local artists responding to Palace pieces, with six Hong Kong artists using technology to explore and revisit elements of Chinese history, including music of the Qing dynasty court (1644-1912). 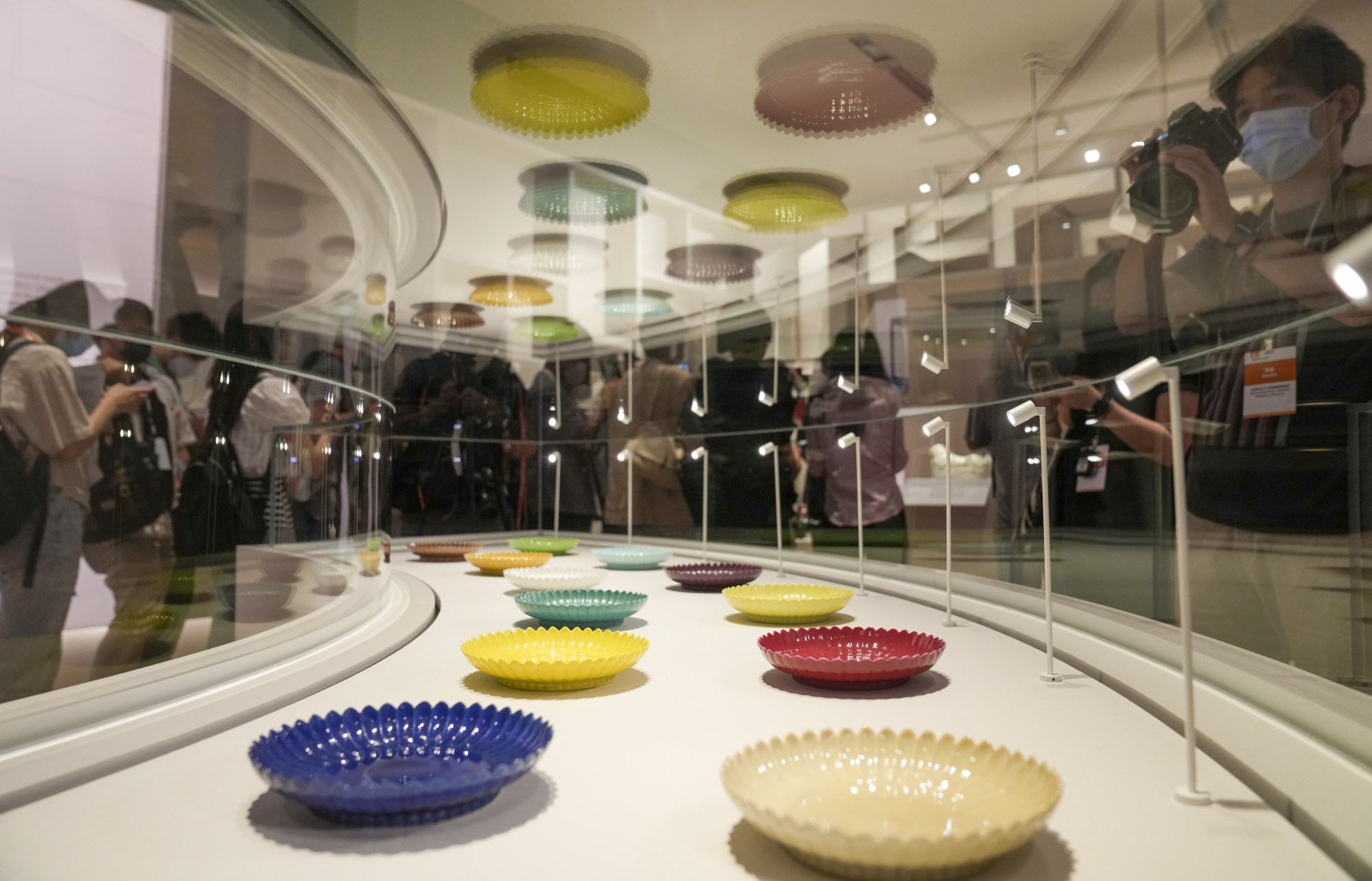 While the project may have initially courted controversy, the Hong Kong Palace Museum is the only cultural institution in the city to play host to rare Chinese artefacts on such a scale, and is conveniently located close to the M+ museum of visual culture.

Visitors can expect to see pieces from the imperial collection across numerous dynasties and reigns, learn about the distinct lifestyles of the emperors and empresses, discover the evolution of Chinese ceramics and explore traditional Chinese design concepts from different eras.

Entry will cost between HK$50 and HK$120 but, for the first year, visitors can enjoy free admission to seven of its galleries on Wednesdays. Museum director Louis Ng Chi-wa says 70,000 tickets have already been sold or reserved. 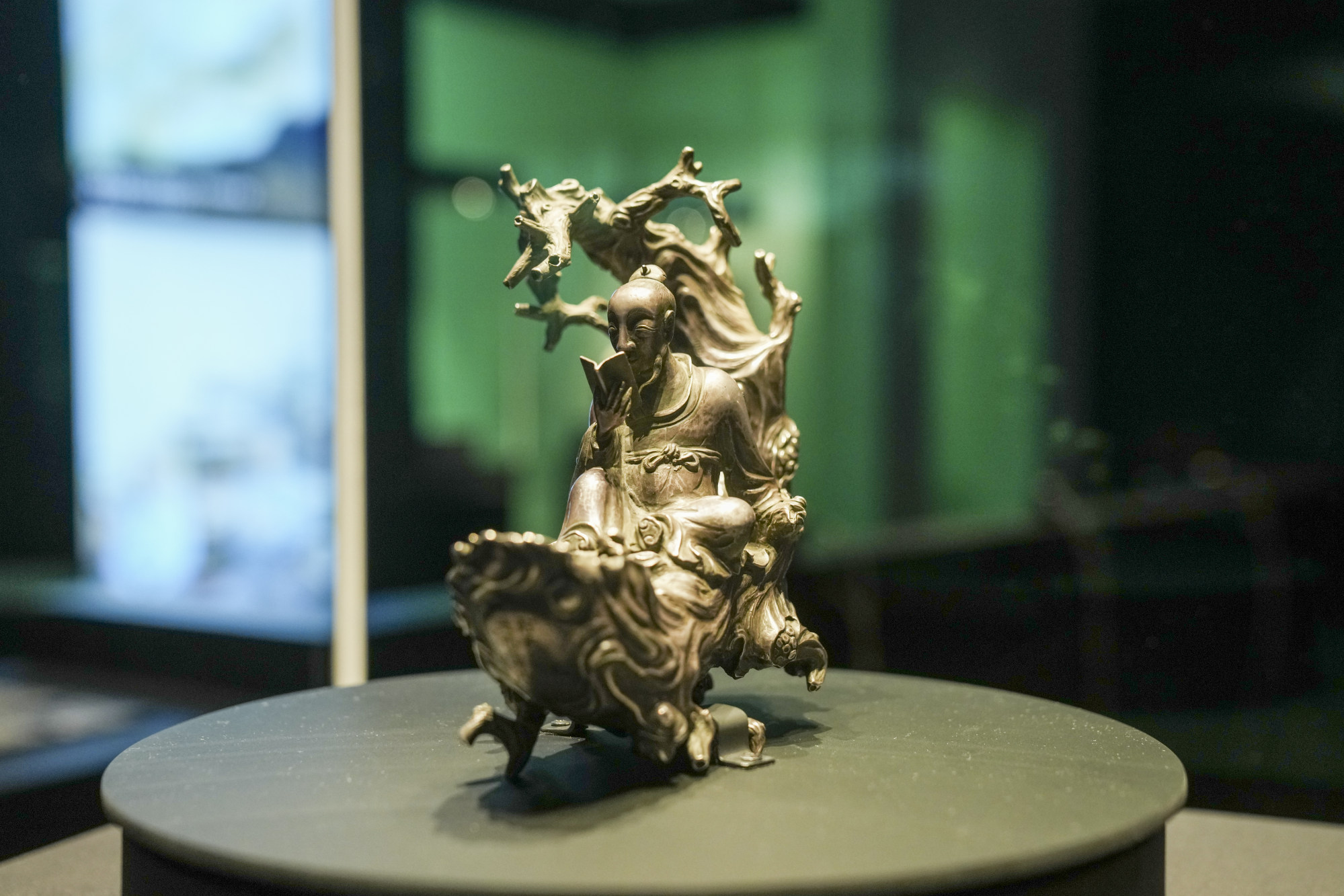 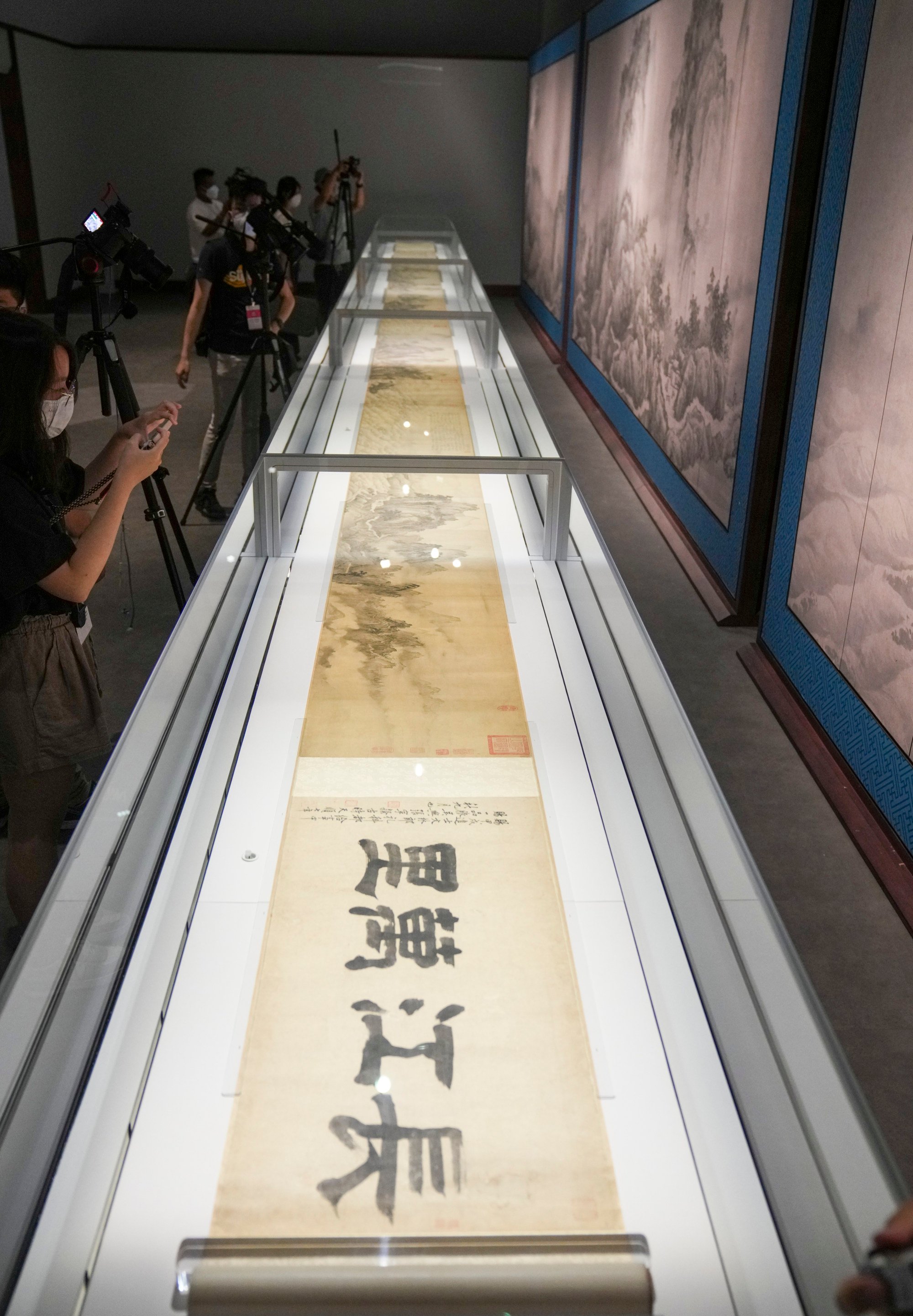 Ten Thousand Li of Rivers and Mountains by Zhao Fu. The handscroll – also the longest work in the museum – is a “grade one” national treasure that will only be on view for one month. Photo: Sam Tsang 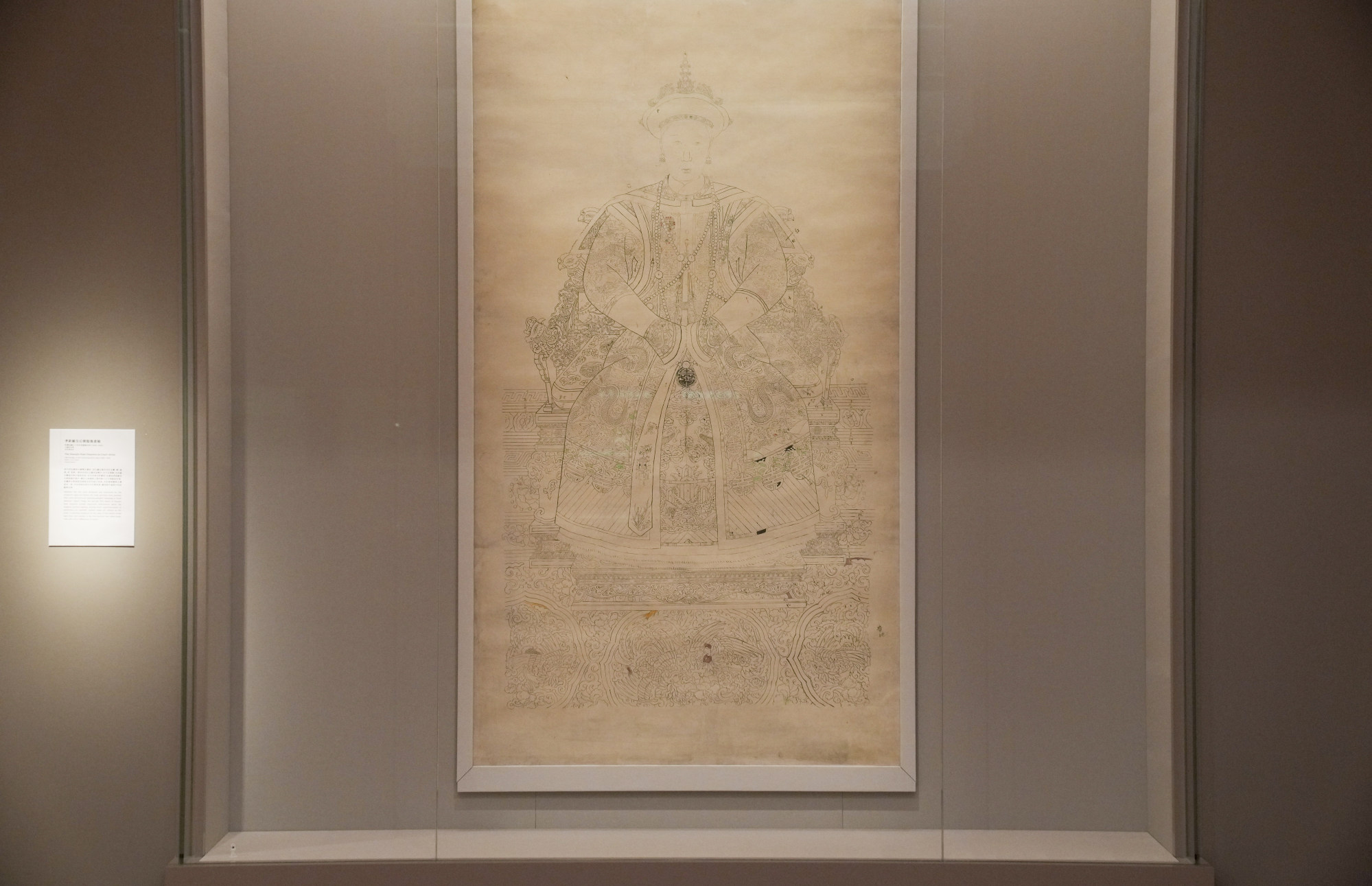 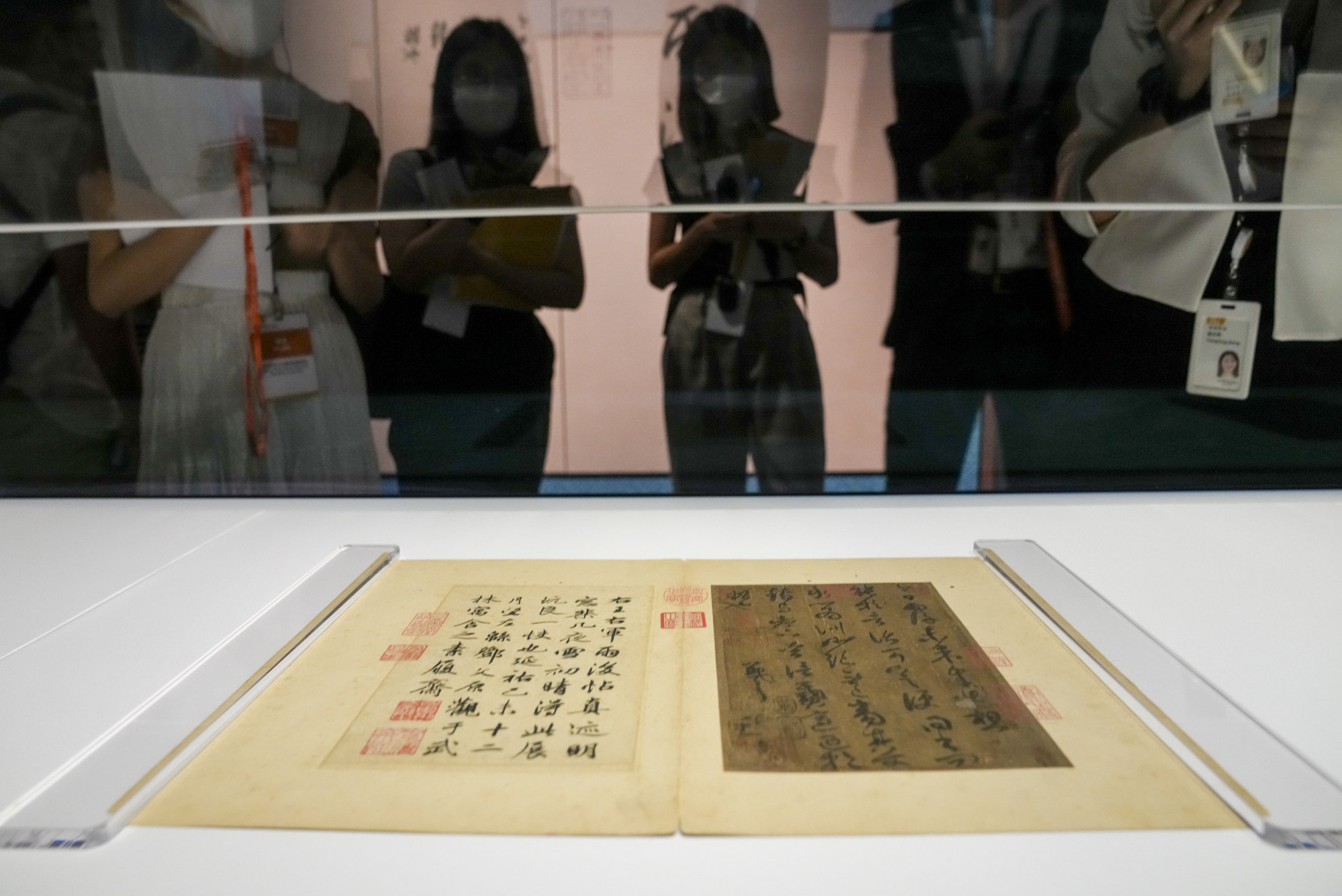