Join us for a discussion about Jiang Zilong’s Magnum Opus – Empire of Dust. We will be joined by Olivia Milburn, the translator of Empires of Dust (https://sinoistbooks.com/product/empires-of-dust/)
https://www.eventbrite.co.uk/e/sinoist-book-club-june-empires-of-dust-jiang-zilong-tickets-350565359427

It is almost time for another session of our Readers’ Club! Join us, translator Olivia Milburn as we venture into Jiang Zilong’s Empires of Dust, an epic realist novel charting the relentless rise and depraved fall of restless entrepreneur Guo Cunxian, a ‘rugged individual’ of sorts who persists and profits through the revolution, the Great Leap Forward, the Cultural Revolution, and the Reform and Opening that paved the way for business ventures bold, brave, and benighted. Greed is good, comrades…

The 1980s and 90s saw the rise of a whole wave of Chinese literary figures trying to process the past and understand the present. Many of them are big names in international translation: Mo Yan, Yu Hua, Yan Lianke. With Jiang Zilong we have something a little different. Something more peculiar.

In the spirit of the never-satisfied Guo Cunxian, we expect this conversation will be vigorous, and we guarantee it will be open to everyone. If you haven’t yet read Empires of Dust, you can order your copy here [https://sinoistbooks.com/product/empires-of-dust/] with 10% off using code CLRCUK10.

DOORSTOPPER WARNING: thus novel really is an epic – of the 712 page variety – so to give you a sinful flavour of Jiang Zilong’s literary stylings and the depths of Guo Cunxian’s corrupt dealings, we’ve popped a free sample chapter online for you to read before the event (Download)

Come one and all – we want to see your beautiful faces, and hear your raucous voices! 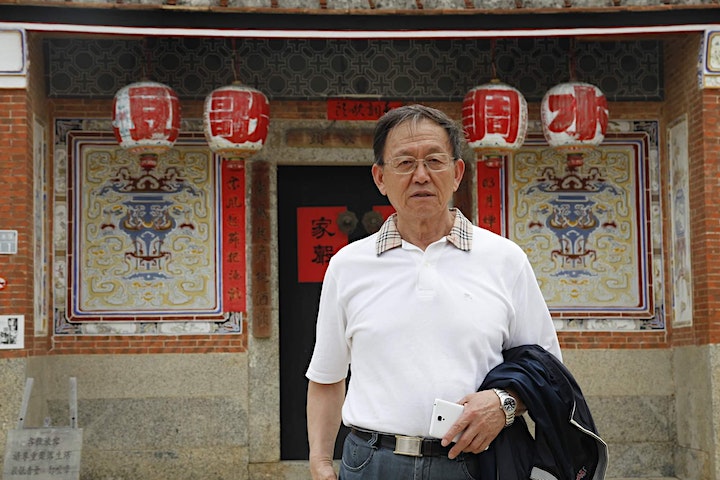 Jiang Zilong was born in 1941 in Hebei province, northeast China, and spent his formative years in the countryside before moving to the city of Tianjin at the age of 14. He served an apprenticeship at a machine tool factory and then joined the navy in 1962. From 1965 to 1982, he worked at a factory in Tianjin, rising to the ranks of senior management and publishing his first written works on the side. He has been a full-time author since leaving the factory and became known as the founder of ‘Reform literature’, which deals with the policy of reform and opening up that was initiated by Deng Xiaoping following the death of Mao Zedong. Many of Jiang’s stories are set in the industrial world and examine the impact that the seismic socio-economic changes have had on the lives of ordinary Chinese citizens. His works have won national literary awards many times and been translated into multiple languages including English, French, German, Russian, Japanese and Spanish.

Olivia Milburn is professor of Chinese language and literature at Seoul National University, where she has now been employed for over a decade. She was first drawn to Chinese literature after reading an English translation of the classic novel The Dream of the Red Chamber by Cao Xueqin. She completed her first degree in Chinese at St Hilda’s College, University of Oxford, a master’s in Oriental studies at Downing College, University of Cambridge, and a doctorate in classical Chinese at the School of Oriental and African Studies, University of London. In addition to her work in Seoul, she has served as a lecturer, a visiting professor and a visiting scholar at universities in London, Mainland China, Hong Kong and Singapore. She has authored several books including Cherishing Antiquity: The Cultural Construction of an Ancient Chinese Kingdom, The Spring and Autumn Annals of Master Yan and Urbanization in Early and Medieval China: Gazetteers for the City of Suzhou. In collaboration with Christopher Payne, she has translated two spy novels by Mai Jia, including the bestselling Decoded, from Chinese to English. In 2018, Milburn’s translation work was recognised by the Chinese government with a Special Book Award of China, which honours contributions to bridging cultures and fostering understanding.

Angus Stewart is host of the Translated Chinese Fiction Podcast, a show which aims to save the world. He’s a former employee of Sinoist Books, having since gone down to the countryside to write about the pharmaceutical industry for The Medicine Maker magazine. His writing has seen occasional publication, most recently in Ab Terra 2021, an anthology in which you can find his short story Meta-Shanghai – recommended for all fans of weird fiction and SimCity 4.