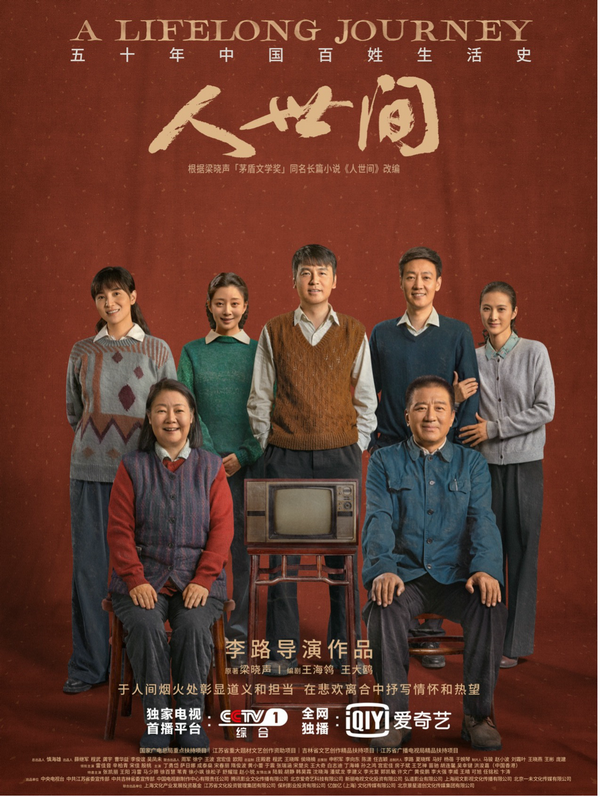 Poster of A Lifelong Journey. [Photo provided to China Daily]

A Lifelong Journey, an epic drama chronicling China’s unprecedented transformation in over half a century, has earned widespread applause, shattering records and becoming the most-watched TV series on State broadcaster China Media Group in the past five years, according to producers during a recent symposium held in Beijing.

The TV series, consisting of 58 episodes, is adapted from renowned writer Liang Xiaosheng’s novel of the same name which won the 10th Mao Dun Literature Prize, one of the country’s top honors for local writers.

Starting in late 1960s, the story follows the ups and downs of three siblings in a working-class family in northeastern China, striking a chord with viewers for its details vividly bringing them back to old times.

Interestingly, Liang, regarded as a representative writer of the “educated youth literature” genre, revealed he was originally unwilling to sell the adaptation copyright as he believed it would be difficult to bring the story to life on TV.

However, the turning point emerged after Cheng Wu, vice-president of Tencent and CEO of its subsidiary China Literature, urged producers to convince director Li Lu, a veteran known for the anti-corruption-themed hitIn the Name of the People, to helm the project.

Liang has also made his onscreen debut as a presiding judge in one episode featuring a trial that will change the fate of the protagonist.

Liang also praised the cast, which features native actors from northeastern China, as instilling a localized and distinctive flavor to the TV series, which is hard to be rendered merely through literary depictions in a novel. 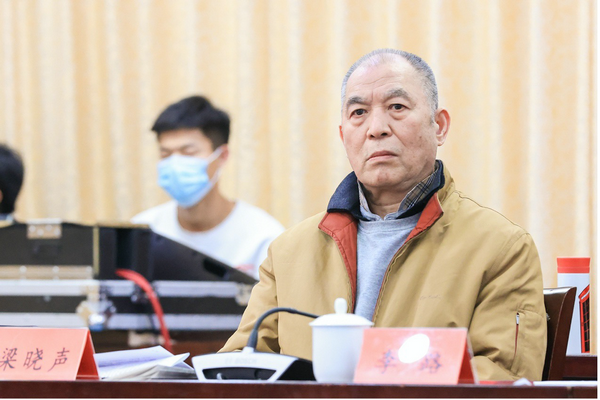 Li, director and chief producer, said the novel has laid a solid foundation for the adaptation, with its successful building of a group of convincing and relatable characters.

First published in December 2017, the novel — which sold its adaptation copyright to Tencent Pictures in November 2018 before it took the Mao Dun award the following year — shows a wide range of Chinese people from different walks of life, from constructors to start-up founders, to examine the huge influence brought by China’s societal changes.

Tie Ning, chairwoman of the China Writers’ Association, said the overwhelming popularity of A Lifelong Journey exemplifies the “intimate bond” between literature and television.

“While taking a retrospective look at history, we could see the mutual influence of literature, film and television to boost and inspire each other, which has shaped a strong bond between writers and filmmakers,” she added.

Cheng, a vice-president of Tencent who attended the symposium remotely, said an appealing TV program or film should take a quality literature work as its “starting point”.

With popular TV series or movies, the stories that have inspired such screen works will also benefit and see their influence grow even further, thus making it possible to form a franchise, he added.