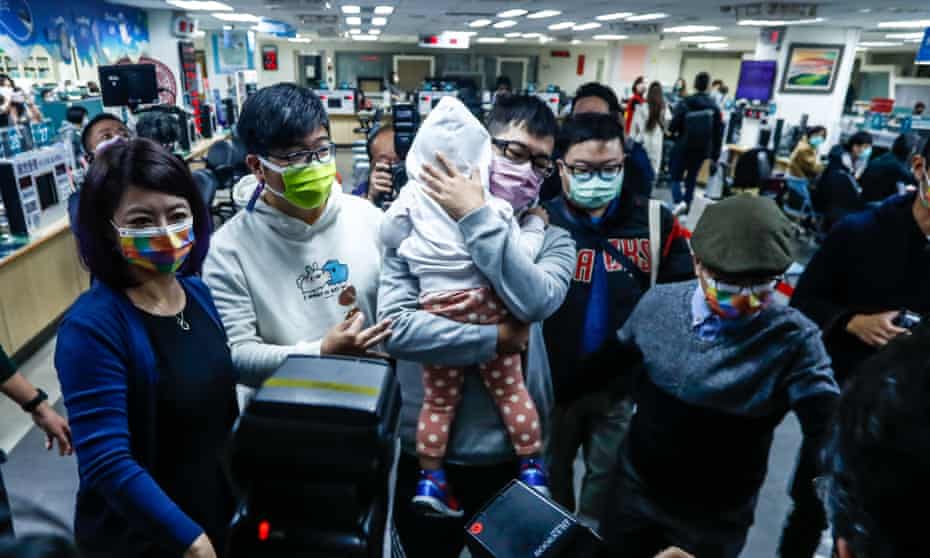 A married same-sex couple have become the first in Taiwan to legally adopt a child neither of them are related to, after they challenged local laws in court.

Wang Chen-wei, Chen Chun-ju, and their daughter, nicknamed Joujou, were surrounded by press at the Taipei household registration office, as the couple formally signed adoption paperwork after a long battle. Clutching Joujou, her face hidden behind a hoodie, face mask and sunglasses, Wang and Chen told of their bittersweet victory.

“I have everything now. I am married and just like heterosexual couples, we can have our own children,” Wang said. “But we were born to have and enjoy all of this, we are not a charity case. We shouldn’t have had to fight for it.”

Taiwan legalised same-sex marriage in 2019, becoming the first jurisdiction in Asia to do so, but did not remove all inequalities for LGBTQI people. Full legislation rather than an amendment was passed. It includes a provision that allows someone to adopt a spouse’s biological child, but says nothing about adoption rights if neither partner is the biological parent. The provision does not exist in other marriage laws.

The result is that in Taiwan any single person can apply to adopt a child, and any married heterosexual couple can apply together. But for married same-sex couple, the only option is to divorce and one of the couple adopts as a single person. They can then remarry, but current law does not allow the partner to adopt and be registered as a parent, leaving them without equal rights.

“Gay adoptive families are forced to choose between children and spouses, and between adoption and marriage,” Chen and Wang wrote on Facebook shortly after signing the adoption papers. 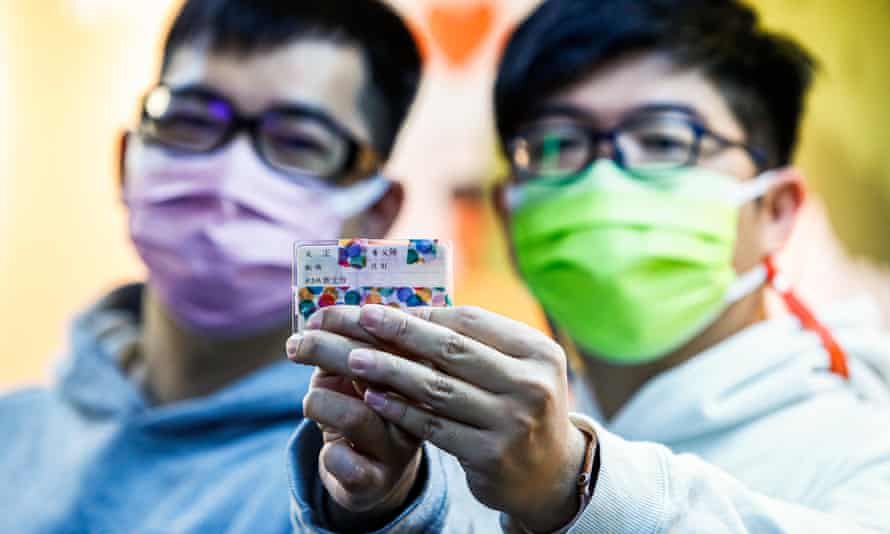 Wang and Chen have been together for more than 16 years, and embarked on the adoption journey together. They delayed their marriage in order to complete Wang’s adoption of Joujou, and then took the case to court to have Chen recognised as a parent.

On 25 December, the Kaohsiung juvenile and family court ruled that a child should not be discriminated against because of their parents status, and that the law did not expressly prohibit the adoption of adopted children. The ruling allowed Chen to adopt Joujou and be registered as a parent alongside Wang.

Chu Chiajong, the director of advocacy organisation Taiwan LGBT Family Rights Advocacy, said the ruling was “brave”, in that the judge found his legal obligation was governed by the child’s best interest, and upon assessing Wang and Chen’s case, it meant the two parents were seen as equal under the law.

“At the end of the day, someone finally acknowledged it’s all about a child’s best interests, not just about the rights of an LGBTI couple,” Chu said. “Now their daughter’s ID shows both parents name on it. It means she finally is legally under the protection of both parents, of both dads.”

While the case has brought hope to LGBTQI couples hoping to start a family, it did not set a precedent and legal change is still needed, said Chu.

But the solution is simple, Chu added: “We just need to fix one word in the same-sex marriage law, just the word ‘genetic’. If we get rid of that word it would allow LGBTQI couples to adopt.” 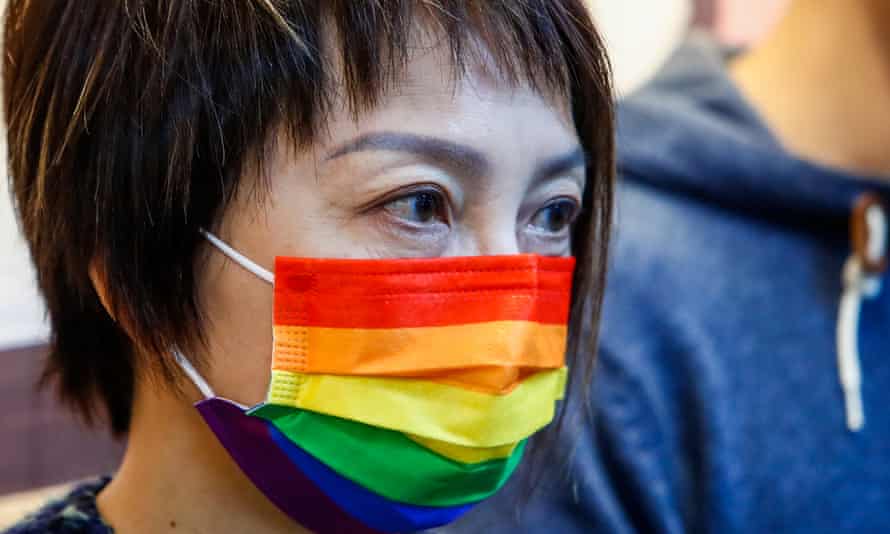 The Taiwanese legislator Fan-Yun has fought for for equality and basic rights for LGBTQ+ people in Taiwan. Photograph: Daniel Ceng/The Guardian

A bill proposed by the legislator Fan Yun has been stalled in Taiwan’s parliament for more than a year. “We are waiting for the submission … from the Ministry of Justice,” Fan told media on Thursday.

Wang and Chen have always wanted two children but that is off limits until the law changes. Now they are married they cannot adopt, and if they divorced they would still have to go to court again to fight for dual adoption.

“I hope that our first story of victory as a gay couple will serve as a foundation for the full practice of fair, equal treatment for other LGBT families,” said Chen.