Source: The Guardian (12/29/21)
Denise Ho: the Cantopop star and pro-democracy activist arrested in Hong Kong
The singer, who was swept up in a raid on people linked to StandNews, has been an outspoken critic of Beijing for years
By Rhoda Kwan in Taipei 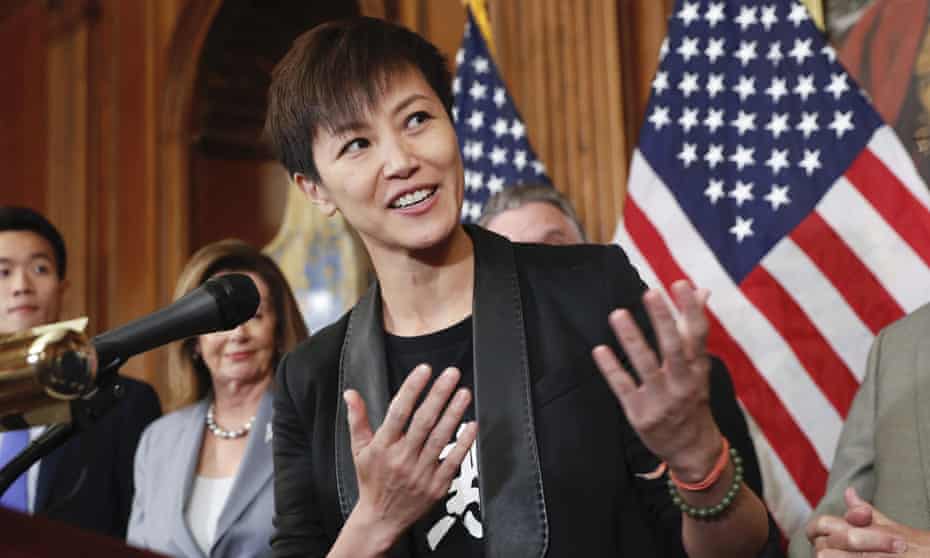 Denise Ho in Washington in 2019 where she gave evidence to Congress about human rights abuses in Hong Kong. Photograph: Pablo Martínez Monsiváis/AP

The arrest of Cantopop star Denise Ho in a raid on reporters and prominent figures linked to the Hong Kong media outlet StandNews has shocked her many fans in the city and around the world.

The artist, who is also a Canadian citizen, was taken from her home in Hong Kong on Wednesday for allegedly conspiring with five others to publish seditious materials in her role as a former director of the independent news provider.

Ho’s arrest marks the first time a pop star of global renown has been detained in Hong Kong for a political crime after Beijing imposed a national security law 18 months ago in response to months of pro-democracy protests in 2019.

The artist had long been an outspoken public figure. Born in Hong Kong and raised in Canada, she is a hero to the region’s LGBT community, as one of the first local celebrities to come out almost a decade ago. 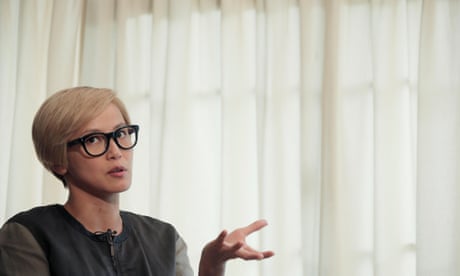 Denise Ho: the Cantopop Queen on a crusade against China’s Communist party

She was actively involved in the city’s pro-democracy movement, testifying at the US Capitol about reports of police brutality during the protests, as well as serving as a trustee for a now defunct humanitarian fund for arrested or injured protesters.

“Denise Ho has been the most vocal and popular artist in Hong Kong who dares to oppose Beijing,” Sunny Cheung, one of the activists who had travelled with Ho to the US, told the Guardian.

Ho sought to comfort her fans on Facebook after her arrest. “I am feeling OK. Friends who are concerned about me, please don’t worry.” The post drew thousands of well wishes within hours.

“Hang in there!” one user wrote. “This is too ridiculous! Please be ok!” wrote another.

In a creative industry where access to the lucrative mainland Chinese market has swayed many Cantonese artists to refrain from angering Chinese sensitivities, Ho emerged in 2014 as a voice of defiance when she joined the Umbrella Movement and demanded wider democracy with thousands of other Hongkongers.

“When I first saw the teargas fired into the peaceful crowds … I decided, regardless of all the so-called consequences, that I had to speak my mind,” she said in 2019.

The consequences for Ho’s career came long before Wednesday’s arrest. In 2014, Chinese authorities banned her from performing on the mainland. In the years that followed, brands and other celebrities shunned her, while some of her concerts in Hong Kong were cancelled.

There was no immediate response from Canadian authorities, but her detention may add to tensions between the two countries. It comes just a few months after the release of “the two Michaels”, Canadian citizens held in China for over 1,000 days. Critics including the Canadian government labelled their detention “hostage diplomacy”, in retaliation for the arrest of a Chinese executive on US fraud charges.