Source: NYT (11/18/21)
China Can’t Censor Away Growing Anger Over Athlete’s #MeToo Accusation
阅读简体中文版 | 閱讀繁體中文版
The tennis world is outraged over the latest twist in a star player’s complaint of assault and abrupt disappearance from public life.
By Alexandra Stevenson and Steven Lee Myers 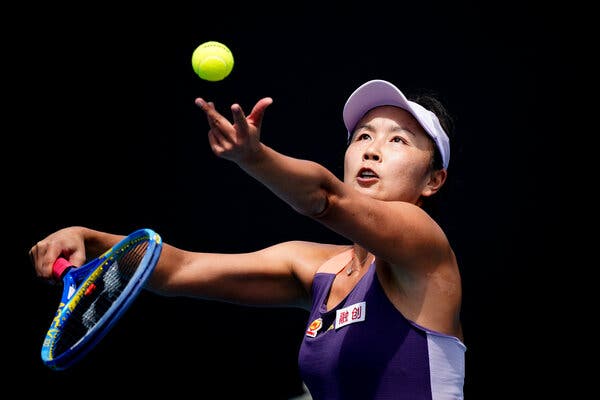 Peng Shuai at the Australian Open in Melbourne in January 2020. Credit…Kim Hong-Ji/Reuters

First came the shocking #MeToo accusation by a famous athlete against one of China’s top leaders. Then came the accuser’s disappearance from public view, one so thorough that questions swirled about her health and personal safety.

The authorities in China had hoped the apparatus of a repressive state could simply make the whole thing go away. Instead, an accusation by the tennis player Peng Shuai that she was sexually assaulted by a former vice premier, Zhang Gaoli, continues to confront the political establishment as few things have.

The latest pushback on China’s effort to squelch the accusation came early on Thursday after Chinese state media tried to refute it, while saying Ms. Peng was safe and sound. It published an email purportedly written by Ms. Peng herself, saying the sexual assault accusations were not true and asking for officials who run women’s tennis to stop meddling.

The response by the Women’s Tennis Association just hours later was unequivocal, suggesting that the email was very likely a crude fraud. “I have a hard time believing that Peng Shuai actually wrote the email we received or believes what is being attributed to her,” said Steve Simon, the association’s executive director.

The international furor over Ms. Peng’s accusation has erupted only weeks before a major event on China’s calendar — the Winter Olympics in Beijing. The Chinese government now faces a new firestorm of criticism of its behavior, which has added fuel to calls for a diplomatic and commercial boycott of the Games.

“The brazen efforts to silence Peng Shuai seem at odds with China’s focus on making the Beijing Olympics a success,” said Natasha Kassam, the director of public opinion and foreign policy at the Lowy Institute and a former diplomat in Beijing. 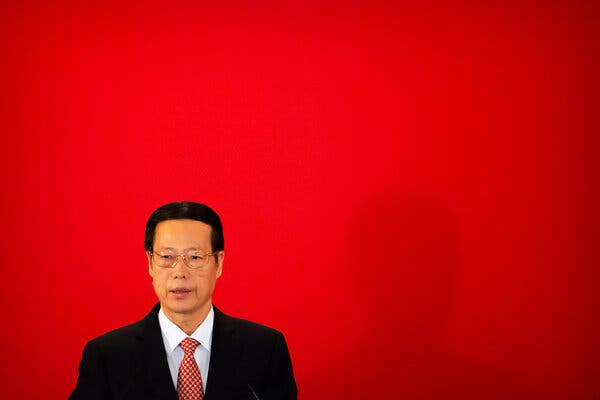 Then-Chinese Vice Premier Zhang Gaoli in 2016. An accusation by the tennis player Peng Shuai that she was sexually assaulted by Mr. Zhang has challenged the political establishment. Credit…Mark Schiefelbein/Associated Press

“There’s little doubt that the fake statement will only strengthen calls to boycott the Olympics,” she said, adding that the handling of Ms. Peng’s accusation “cast even more shadow” on how the International Olympic Committee has responded to allegations that China is committing genocide against the Uyghurs in Xinjiang.

The committee has long taken a position that sports are separate from the politics of host countries, saying the focus should remain on the athletes and the events. But in China, as in many countries, sports and politics are inextricably intertwined.

Ms. Peng’s case is the first #MeToo accusation leveled against someone within the highest ranks of power in China, the Politburo Standing Committee. It has highlighted the country’s swaggering confidence in its ability to suppress all criticism, including from women who have come forward with accusations of misconduct.

“She is definitely not the first one to be forced into silence and disappeared,” Lü Ping, an activist who founded the now-banned Chinese online forum Feminist Voices, wrote in a message from New Jersey, where she now lives. “This kind of encounter is absolutely not uncommon in China now. The authorities have too much power and no one can hold them accountable.”

What has elevated Ms. Peng’s case is her celebrity at home. As she skyrocketed through the ranks of professional tennis, she was once held up by the Chinese government as a model athlete. “She is like a breeze in women’s tennis,” the People’s Daily, the main newspaper of the Chinese Communist Party, wrote in 2013. “She’ll always be our Chinese princess.”

That was shortly after she and her doubles partner, Hsieh Su-wei of Taiwan, won the championship at Wimbledon. They won again at the French Open in 2014, the year she reached the semifinals of the U.S. Open as a singles player and was lauded by officials as a “golden flower” of Chinese sports.

On Nov. 2, her accusation became a thorn in the government’s side.

In a long, at times disjointed post published on her verified social media account that night, Ms. Peng described an on-and-off relationship with Mr. Zhang, a former provincial governor who served as one of seven members of the Politburo Standing Committee between 2012 and 2017. When he stepped down, her post said, they reunited and he assaulted her after inviting her to play tennis with him and his wife.

Ms. Peng, 35, described feeling powerless in making accusations against such a politically powerful man. In the account, which has not been corroborated, Ms. Peng acknowledged that she could not provide evidence.

The accusation reverberated, though, in a society where women are often mistreated. Her description of assault has hit a nerve in China’s nascent #MeToo movement, which has struggled to gain momentum as women who come forward as victims are frequently met with heavy-handed legal responses and censorship online. 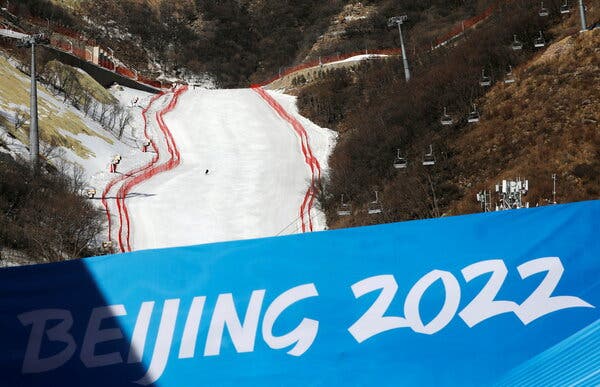 The international furor over Ms. Peng’s accusation has erupted only weeks away from a major milestone on China’s political calendar — the Winter Olympics in Beijing. Credit…Tingshu Wang/Reuters

“Even if it’s just me, like an egg hitting a rock, or a moth to the flame, courting self-destruction, I’ll tell the truth about you,” she wrote. The post disappeared within minutes, but it has continued to circulate in screen shots. Censors have managed to scrub the Chinese internet of any reports or comments about her or the accusation.

State media have not reported on the episode. A spokesman for the Ministry of Foreign Affairs, Zhao Lijian, dodged questions about the accusation on Monday, saying, “I have not heard of the issue you raised.” On social media, there are no recent comments about Ms. Peng or her allegations, and posts written by her fans in online forums could not be found.

That silence is in stark contrast to the outpouring of support for Ms. Peng from the international tennis community, a split screen underscoring the effectiveness of China’s censorship tools.

The head of the Women’s Tennis Association has called for an investigation into Ms. Peng’s allegations and even suggested that the tour might stop doing business in China if it did not “see appropriate results.” The governing body of men’s tennis, the ATP Tour, also weighed in with a statement saying the group was “deeply concerned by the uncertainty surrounding the immediate safety and whereabouts” of Ms. Peng.

Some of the world’s best-known tennis players have also joined in drawing public attention to Ms. Peng — at least outside the reach of China’s censors.

The W.T.A.’s response has been far more forceful than other organizations — or even countries — that have found themselves at odds with China’s government. Many have cowered for fear of losing access to the country’s huge markets. In 2019, for example, the National Basketball Association sought to placate the government after Daryl Morey, the general manager of the Houston Rockets, expressed support for the mass protests in Hong Kong, leading to a blackout of games in China.

Human Rights Watch also criticized top commercial sponsors of the Olympics last week for not speaking out on issues involving labor and other abuses.

It remains unclear what the Chinese government will do next, if the calls for information on Ms. Peng’s whereabouts grow louder. Ms. Peng remains a ranked player, though she has not competed in a tournament since the Qatar Total Open in February 2020. For now, the government appears to be simply waiting for the scandal to go away.

“The party state has reacted as it does to all problems that challenge its moral standing and legitimacy by ‘disappearing’ the problem itself,” said Linda Jaivin, the author of “The Shortest History of China,” among other books. “But Peng Shuai, as an internationally prominent figure, is not so easily disappeared.”