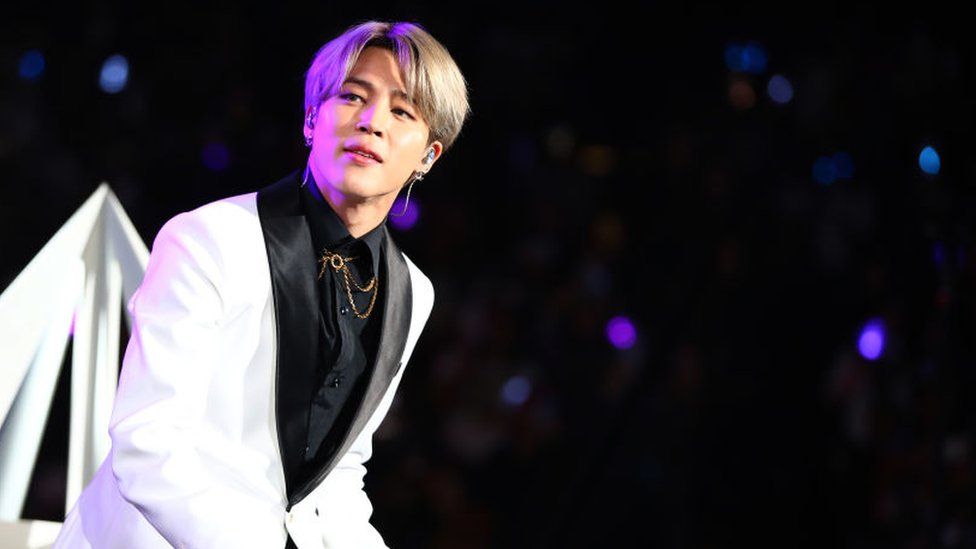 GETTY IMAGE: Park Ji-Min from the K-pop band BTS. Fans of BTS star Jimin were among those who had their accounts banned

A group of K-pop fans in China have become the latest victims of a crackdown on celebrity culture.

Twenty-two fan accounts have been suspended by Chinese social media site Sina Weibo for what it called “irrational star-chasing behaviour”. They include fans of Korean pop band BTS who crowdfunded on the platform to customise an aeroplane for singer Park Ji-Min’s 26th birthday.

Weibo accused one fan account of “illegal fundraising” for the stunt.

In a statement, the company said it “firmly opposes such irrational star-chasing behaviour and will deal with it seriously”.

It also pledged to “purify” online discussions and “regulate community order” on its platform.

The BTS account was suspended from posting for 60 days. Other accounts supporting K-pop acts Blackpink, GOT7 and EXO – who have Chinese members – were given 30-day bans.

The move comes amid a wider clampdown on the entertainment industry in China, and fan culture in particular.

Last week, two government agencies published guidelines saying they would ban broadcasts by “vulgar internet celebrities” and “feminine-looking men” because they do not portray the values the country wants to promote.

In June, the Cyberspace Administration of China (CAC) also announced 10 measures to “clean up” what it called the “chaos” of celebrity fan clubs.

It said it would prohibit activities that persuade children to contribute money to their idols, and disband social media groups that are deemed a “bad influence”. Attempts to rank celebrities based on popularity will also be banned.

Earlier this year, media analyst Kerry Allen told the BBC that Beijing was increasingly concerned that “fan clubs can mobilise, either in person or online, to stage protests for their favourite stars”. 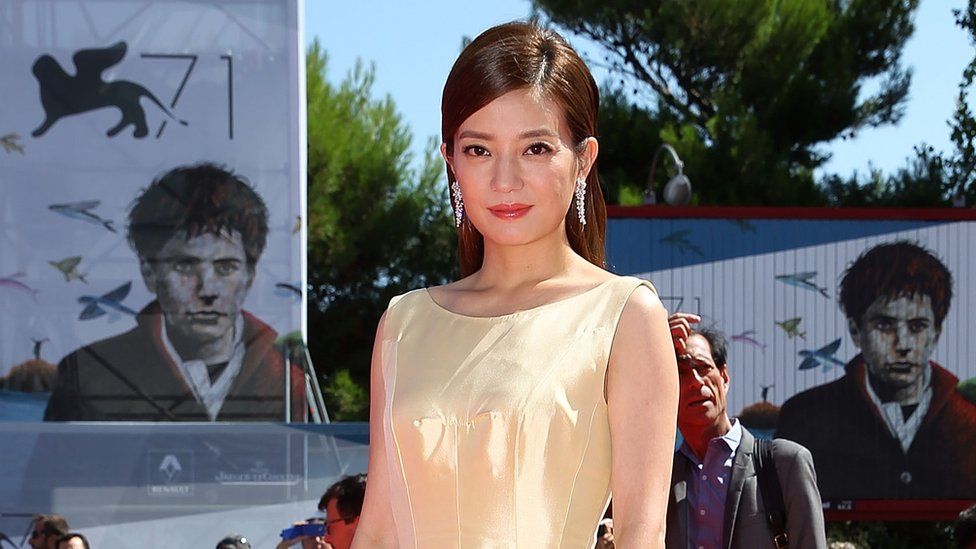 K-pop fans are known for their ability to organise impressive stunts – frequently raising thousands of dollars to promote their idols on billboards in New York’s Times Square, for example.

But they have also turned to political activism, using the sheer weight of their numbers to overload social media hashtags used by opponents of the Black Lives Matter movement last summer, and disrupting one of Donald Trump’s campaign rallies by reserving tickets they had no intention of using.

China’s Communist Party has encouraged the growth of its entertainment industry in recent years, but is worried about the influence of celebrities on the country’s values.

Stars – and now, it seems, their fan clubs – increasingly face stringent censorship, and serious consequences if they fall foul of the authorities.

Earlier this month, one of China’s most prominent actresses, Zhao Wei, was all-but deleted from China’s internet, with her films and TV shows taken off streaming platforms and her fan page deleted from Weibo.

Social media users were also censored when trying to discuss Zhao, who starred in films like My Fair Princess and Shaolin Soccer and served on the jury at the 2016 Venice Film Festival.

Chinese state newspaper The Global Times said no official reason had been given, but referenced historical allegations of financial impropriety against Zhao and her husband.

Weeks earlier, a similar fate befell one of Zhao’s former colleagues – the actor Zhang Zhehan – who was scrubbed from the internet after pictures surfaced of him at Japan’s controversial Yasukuni Shrine to war dead.

Actress Zheng Shuang also found herself castigated at the start of September after being fined $46m for tax evasion.

A household name who starred in the TV series Meteor Shower, she posted a lengthy statement on social media apologising for the “negative impact” of her actions on society.