Source: The Guardian (8/27/21)
China bans celebrity rankings in bid to ‘rectify chaos in the fan community’
Authorities increase regulation of fame and fan culture that they say will tackle online bullying and protect children
By Helen Davidson 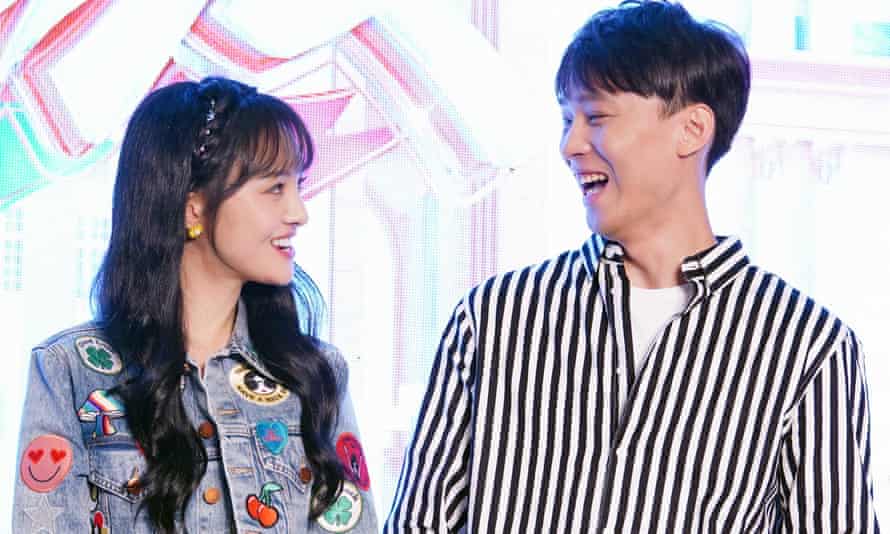 Actress Zheng Shuang and her boyfriend Zhang Heng. China has cracked down on celebrity rankings in a bid to ‘clean up’ fan culture. Photograph: VCG/Getty Images

Chinese authorities have banned online lists ranking celebrities by popularity, as regulators continue a drive to “clean up” fame and fandom culture.

According to regulations published in state media, all existing lists that rank Chinese stars must also be removed from the internet.

Only lists that rank works such as songs, films and TV shows can be published but they must reduce the emphasis on likes and comments, and instead “increase the weight of indicators like work orientation and professional evaluation”.

In June the office of the central cyberspace affairs commission announced a two-month special operation targeting fanclub culture, known as fan quan, which it said negatively affected the mental health of children.

On Friday it said work by local authorities had achieved “some results”, and there was need to now increase regulations.

The 10-point list “to rectify chaos in the fan community” also included an order to “strictly regulate” celebrity managers and firms running fan pages and other online activities that “cause fans to bully each other”, as well as previously flagged bans on fundraising activities and participation by children.

In June the commission said children were being induced to contribute to fundraising or voting campaigns for celebrities on competition programmes, that verbal abuse, online bullying and harassment and doxing were taking place, and that people were being encouraged to show off wealth and extravagance. It also said public opinion was being interfered with by bots or social media trends that were hijacked to boost celebrities’ profiles.

The crackdown has also targeted individual celebrities, with a particular focus on alleged financial misconduct and politically sensitive actions. It also comes amid renewed focus on allegations of abuse and harassment by stars including mega-celebrity Kris Wu.

On Friday regulators announced Chinese actress Zheng Shuang was fined nearly 300m RMB ($46m) for tax evasion and banned from being invited onto entertainment programs, with existing ones suspended.

Actress and Fendi brand ambassador Zhao Wei also appeared to have been deplatformed, with her name removed from all works on major entertainment platforms, including the popular Chinese TV show My Fair Princess. The reason for it is unclear.

Last week actor Zhang Zhehan was similarly punished and deplatformed after he visited the Yasukuni war shrine in Japan. The visit prompted China’s Association of Performing Arts to urge a public boycott of Zhang and his works, leading to a host of major brands, reportedly including Coca-Cola, Maybelline, and Clinique, to cut ties with him.