Source: The Economist (8/14/31)
How Chinese factory-workers express their views on life
Poems, videos and fashion all speak to migrants’ alienation
By Stephanie Studer 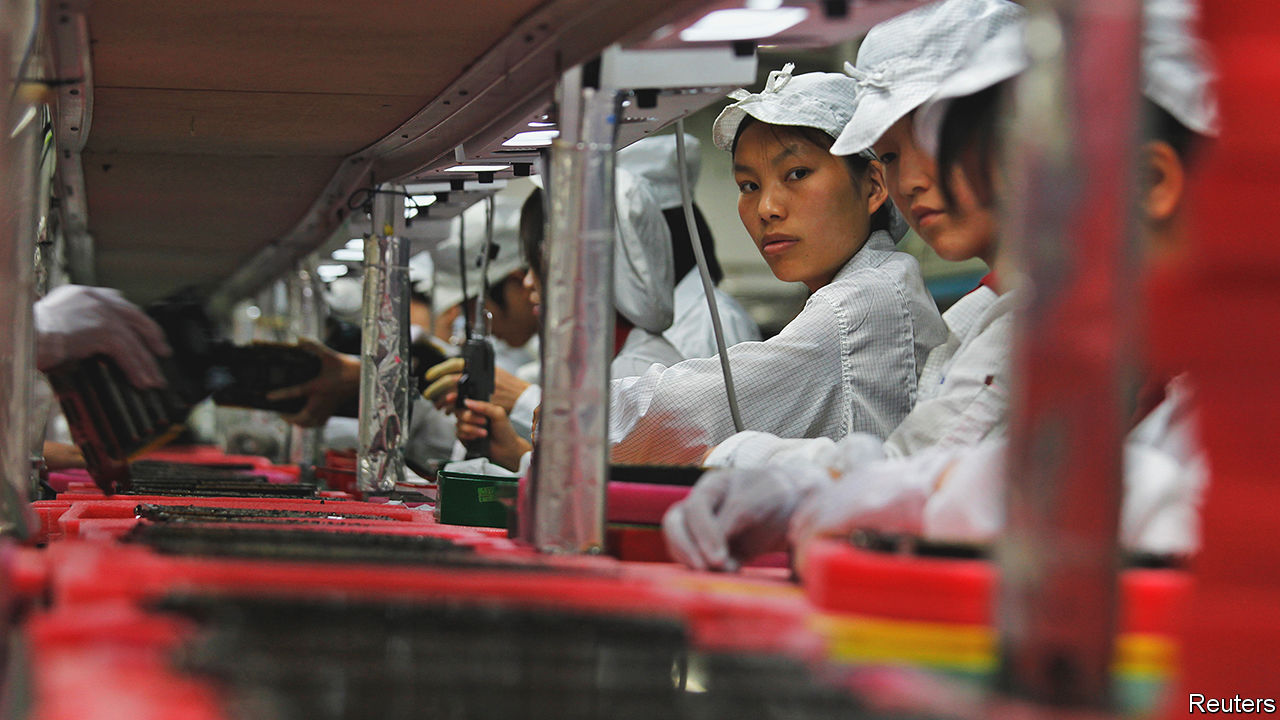 As trendsetters go, Luo Fuxing was an implausible one. A school drop-out, Mr Luo spent his days catching fish and herding goats in a village in southern Guangdong province. Eating pork was a once-weekly treat. At the age of 14, he left home to earn a wage in the province’s sweatshops. He hated the tedium of the work. He read that American criminals had tattoos of spiders’ webs inked onto their elbows to show time spent behind bars. Mr Luo got one too, because “the factory was just a bigger prison.”

He quit for a job in a hair salon. Inspired by Japanese manga and punk fashion, he dyed his hair and styled it into dramatic, gravity-defying spikes. Dark lipstick and eyeliner completed the look. He posted selfies to qq, a messaging service—and soon hundreds of thousands of factory-town youth were copying his style. Mr Luo called its adopters the shamate, from a Chinese rendering of “smart”. It was “a wild-growing art form among workers”, he says. The trend, which peaked around a decade ago, helped newly arrived migrants from the countryside to bond. They met in parks, roller-skating rinks and online groups, where they shared not just sartorial cues but gripes about migrant life, from low pay and poor conditions to divorcing parents…. [you must register to read the whole article on The Economist website]