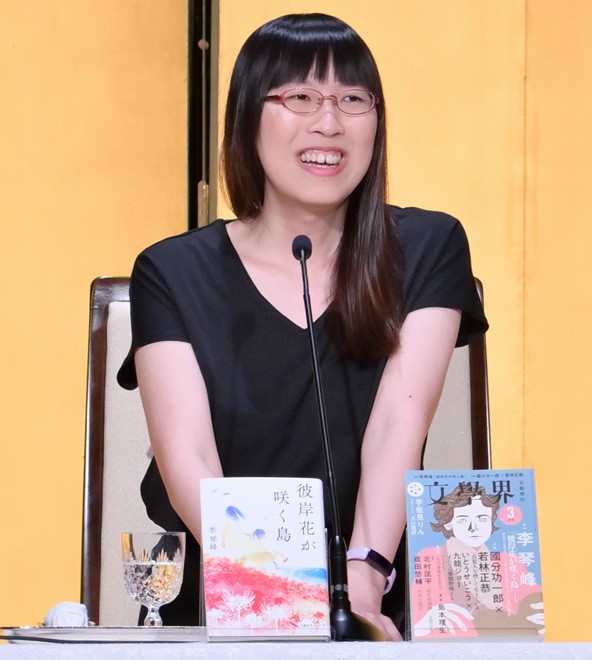 Li, 31, became the second novelist whose native language is not Japanese to receive the honor following Yang Yi, who won the literary prize in 2008 for her novel “Toki ga Nijimu Asa” (Morning when time bleeds).

Li, who also goes by the name Li Qinfeng, was born in Taiwan in 1989. Her novel is a fable that depicts an imaginary island to pose questions about gender equality.

Drawn in by the lure of the Japanese language, Li came to Japan in 2013 after graduating from National Taiwan University. She made her debut as a novelist in 2017 with her first work written in Japanese.

“It’s a rare language that can be written in three different characters: hiragana, katakana and kanji,” Li said. “It’s really exciting to immerse myself in a world where ‘kango’ (words of Chinese origin), ‘wago’ (native Japanese words) and loanwords are all mixed together.”

Li said Japanese was “the most familiar foreign language in Taiwan, except English,” when she became interested in studying foreign languages at the age of 15. She has also watched Japanese anime since her childhood.

Li enjoyed writing novels in her native Chinese and studying Japanese. She found that eventually set her on a course toward penning stories in Japanese.

She chose a Taiwan-born lesbian woman as the protagonist of her first novel written in Japanese, which in 2017 nabbed an award for excellence for new novelists in a literary magazine. Her novels have since been themed on sexual minorities.

In 2019, another novel of Li’s was shortlisted for the Akutagawa Prize, established in 1935 and given twice a year to up-and-coming novelists.

Li said literature may bring changes to society if novels become more diverse and many people read such works.

“I think novels should be free from anything as a precondition,” she said. “I want to write a novel that transcends the categorization of ‘an LGBT story penned by a foreigner.’”