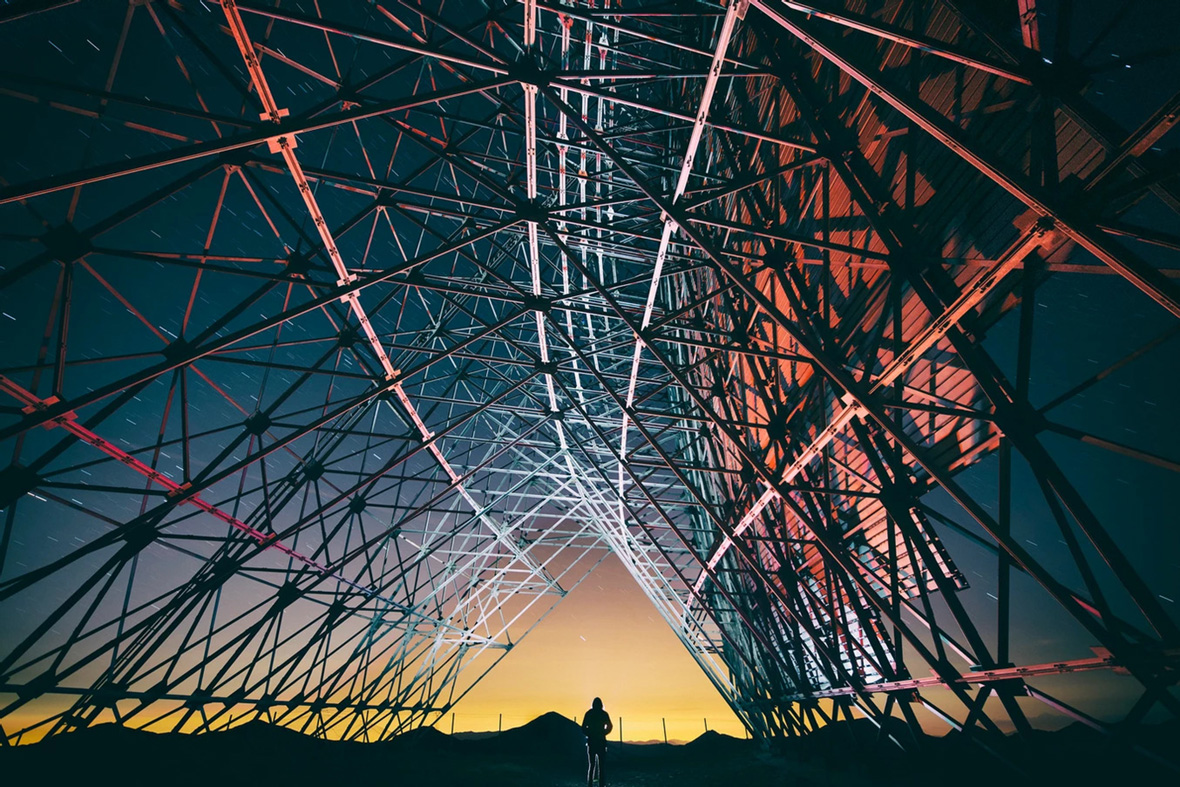 Beneath an intricate entanglement of metal, the lone figure at the bottom of the frame stands meekly in its shadows, barely visible against the looming structure. Further above, stars streak across the night sky, and on the distant horizon, the sun peeks through with the first rays of morning light.

In a separate image, a similarly silhouetted figure stands in front of an alien megalith. A bright, unseen light source radiates from beneath the sculpture. Overhead, the stars appear to be in motion, a stark contrast to the stillness of the field beneath. These aren’t scenes from an upcoming sci-fi blockbuster. They’re shots taken by Chinese photographer Yang Xiao, who depicts real-life locations in an otherworldly light. 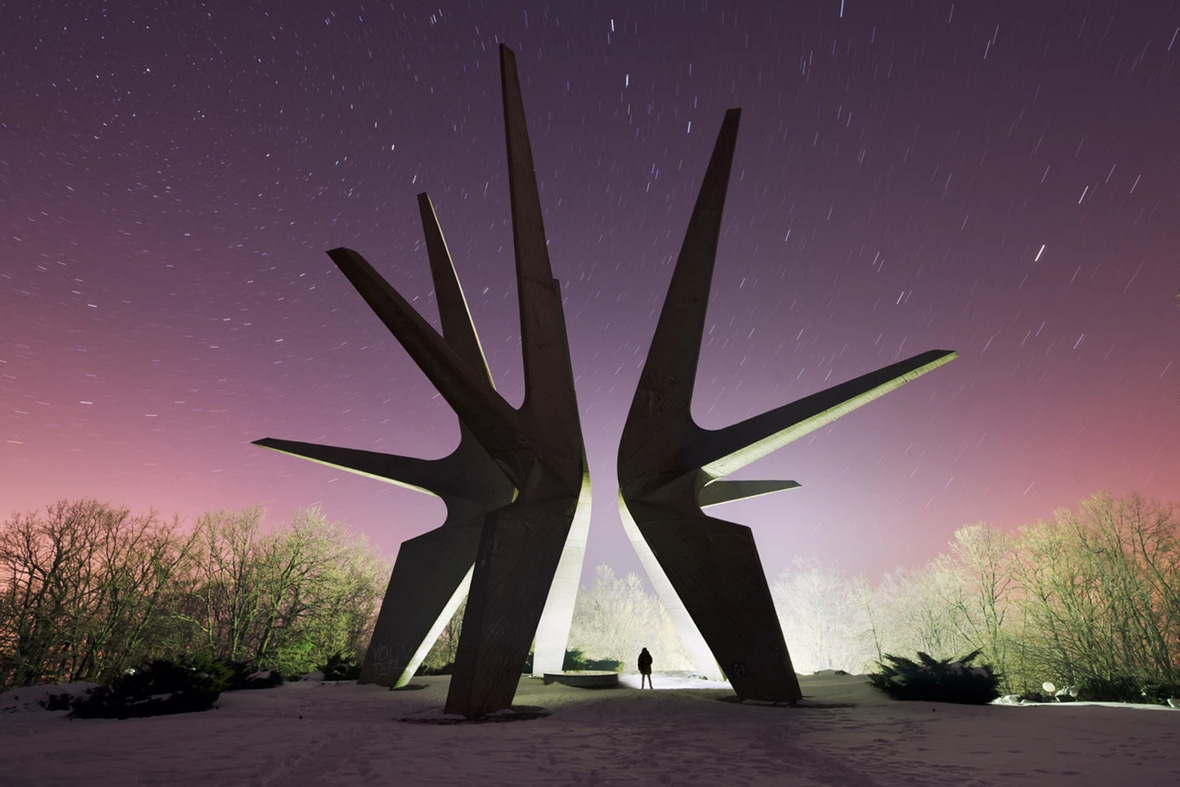 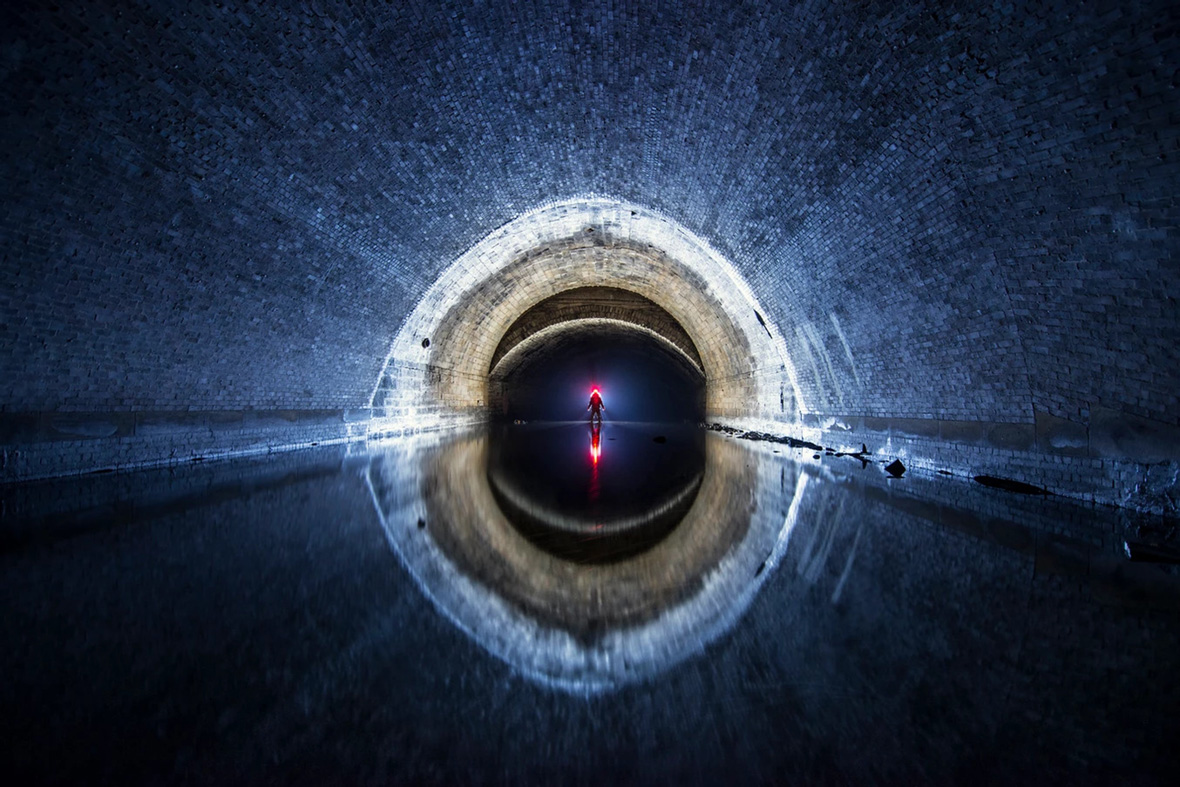 Yang has made a name for herself in recent years with Eternal Monuments in the Dark and Nocturnal Adventures, two projects that present forgotten manmade structures and spaces in breathtaking scope. The former series spotlights monuments and memorials from around the world, while the latter focuses on deserted architecture that ranges from underground sewer tunnels to Cold War-era NATO bases. Through long exposures, manipulation of light, and image composites, Yang creates dramatic photos that aren’t easily forgettable. [READ the whole article here]