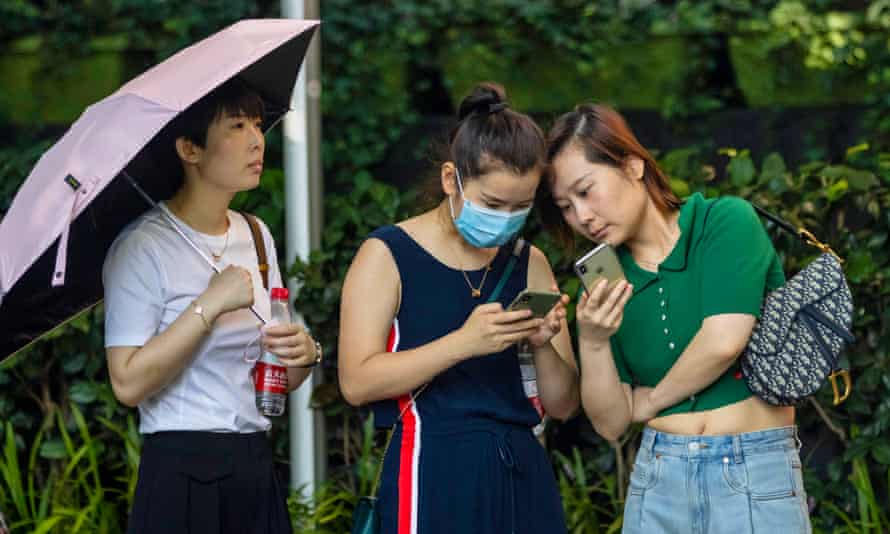 China’s internet watchdog has launched a crackdown on the country’s “chaotic” online celebrity fanclubs, accusing them of contributing to a culture of abuse and of manipulating public opinion.

In an announcement on Tuesday, the office of the central cyberspace affairs commission said it was launching a two-month special operation targeting fanclub culture, known as fan quan, which it said adversely affected the mental health of children.

There have long been concerns over bullying and incitements to violence on the message boards and social media accounts of China’s often intense fanclubs, and authorities had warned in May of forthcoming efforts to deal with the situation.

“For a period of time, ‘fan circle’ fan groups have hurled online verbal abuse, cheated the rankings of their idols on charts, spread rumours, and destroyed the online environment, adversely affecting the physical and mental health of minors,” the commission said in its announcement.

The commission said children were being induced to contribute to fundraising or voting campaigns for celebrities on competition programmes; verbal abuse, online bullying and harassment and doxing were taking place; people were being encouraged to show off wealth and extravagance; and public opinion was being interfered with by bots or hijacked social media trends to boost celebrities’ profiles.

The clubs, sometimes established by a celebrity’s public relations team, but often by dedicated fans, involve big movements of money through donations, campaigns, or drives to buy products related to the celebrity. They frequently campaign for votes for their idol in entertainment competitions. China’s fan culture was estimated to be worth about $100bn RMB ($15.6bn) by 2020.

The fanclubs have repeatedly made headlines for their campaigns and behaviour.

In May one campaign infuriated authorities pushing a nationwide reduction on food waste. Fans of a particular idol show bought millions of dollars of dairy products over successive months to obtain and scan a QR code printed on the packaging which would register a vote for their favourite entrant. The programme was sponsored by the dairy company, and fan groups raised money to bulk buy products and vote en masse. Media reported much of the contents going to waste, or – in one viral video – poured down drains.

Darker incidents have also been reported, including fans of rival celebrities reporting each other or people they feel have aggrieved their idol to authorities.

The clubs have also extended their huge ability to mobilise from beyond the celebrity realm and into the political, with boycotts of stars supporting protesters in Hong Kong, or fierce defences of stars who condemned the protests and faced boycotts.

They have fed into an increasing nationalism on China’s internet, and occasionally been marshalled to promote propaganda. For instance the Communist Youth League praised “fangirls” who fought against Beijing’s critics during the 2019 Hong Kong protests, Quartz reported.

Tuesday’s crackdown comes amid a national push to ensure “social stability” before next month’s Communist party centenary celebrations. The commission said it would shut down accounts and disband groups if needs be, and also punish hosting platforms.