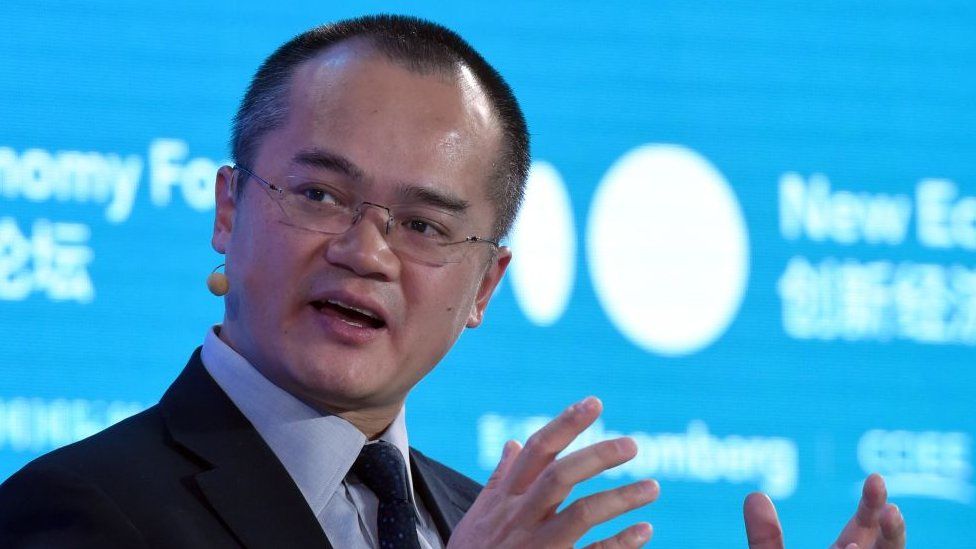 The Book Burning Pit [焚書坑] by Zhang Jie was posted, then deleted, by the firm’s billionaire chief executive, Wang Xing. The Tang dynasty poem was interpreted as a veiled criticism of President Xi Jinping’s government. Meituan is currently under investigation over allegations of abusing its market dominance.

The company is one of China’s biggest takeaway food delivery and lifestyle services platforms and is backed by technology giant Tencent. It has a market valuation of around $220bn (£156bn) and in April raised $10bn to fund its investment plans for deliveries using drones and self-driving vehicles.

Chinese media reported that after deleting the post on Sunday from the Fanfou social media platform, Mr Wang issued a clarification, saying that the poem was a reference to his company’s competitors.

Despite the statement, Meituan’s Hong Kong-listed shares have fallen by around 14% since the market opened on Monday morning. Investors are jittery as Chinese business leaders who have been seen to criticise the government have found their companies come under intense scrutiny from authorities.

What was the controversial poem?

The Qin Dynasty is ruined with the burning of bamboos and fabrics.
The Hangu Pass and the Yellow River guarded the residence of the ancestor of the Chinese dragon in vain.
Before the ashes in the burning pit turned cold, a riot had already started in Shandong Province.
It turned out that Liu Bang and Xiang Yu were both uneducated people.

Written by the famous late Tang dynasty poet Zhang Jie, the Book Burning Pit is a sarcastic criticism of the Emperor Qin Shi Huang, who ruled China hundreds of years earlier. The emperor was infamous for silencing his critics by killing dissenting Confucian scholars and burning their books.

With Meituan currently under investigation, Mr Wang’s post was seen by some as comparing the current suppression of dissent with the tyrannical rule of an emperor in the past. President Xi Jinping’s rule over the country has been seen as increasingly authoritarian, with little room for free speech.

What’s the background to this?

It is suspected of “monopolistic practices” such as penalising merchants for appearing on competitors’ marketplaces, the State Administration for Market Regulation said at the time.

The Chinese government has been seen as cracking down on leading internet firms in recent months.

Jack Ma, who co-founded Chinese technology giant Alibaba, angered Beijing last year when he spoke out publicly about what he saw as the outdated approach of the country’s regulators.

Last month, Alibaba was fined a record $2.8bn after a probe found that it had abused its market position for years.