Source: SCMP (4/30/21)
Cliff Walkers movie review: Zhang Yimou spy thriller, starring Liu Haocun, deceives with its labyrinthine narrative
Full of exhilarating action, the plot of this thriller, set in 1930s Manchuria, is overstuffed. Liu Haocun shines as the doe-eyed yet tough heroine, but the rest of the cast are forgettable
By James Marsh

Zhang Yimou’s Cliff Walkers bursts at the seams with lavish visuals and a slew of exhilarating action sequences, as one might expect from the director of Hero and House of Flying Daggers.

Recalling everything from Where Eagles Dare to The Age of Shadows, this snow-driven spy caper delivers enough betrayals and double-crosses to make John le Carré seem like Tintin. However, the film’s labyrinthine narrative deceives and confounds its audience as readily as the protagonists, as we collectively struggle to recall exactly who is fighting on whose side.

Liu Haocun, Zhang’s latest ingénue and star of his still unreleased previous film, One Second, plays one of four Soviet-trained agents who parachute into 1930s Japanese-occupied Manchuria on a mission to rescue a witness who can expose Japan’s atrocities to the world.

Two team members, Yu (Qin Hailu) and Chuliang (Zhu Yawen), are apprehended immediately. This suggests there is a traitor within their underground network, and leaves Lan (Liu) and Zhang (Zhang Yi) to make the treacherous journey alone, while evading Zhou (Yu Hewei) and the rest of Section Chief Gao’s (Ni Dahong) collaborating forces.

Lan, a frail, doe-eyed beauty who struggles to walk through snow without falling over, makes for an initially implausible operative. Surprisingly, she reveals herself to be the group’s most resilient member, deftly dispatching goons twice her size and willingly hurling herself from a speeding locomotive.

In doing so, Liu recalls her radiant predecessors Gong Li and Zhang Ziyi, whose characters regularly employ their disarming beauty to shroud a powerful inner strength.

Unfortunately the same cannot be said for the rest of the cast, who are quickly subsumed into a disorienting collage of faceless figures in trench coats with freely oscillating allegiances. The director exacerbates this confusion by shifting his focus midway from the plight of Lan’s teammate Zhang and to Yu Hewei’s conflicted government stooge.

The film’s numerous action sequences are filmed with far more clarity, slickly transitioning from mountainside shoot-out to high-speed car chase, as bullets fly and the unrelenting blizzards add a sprinkle of aesthetic glitter to the shifty cloak-and-dagger escapades, all to the strains of an arresting, Morricone-esque score. 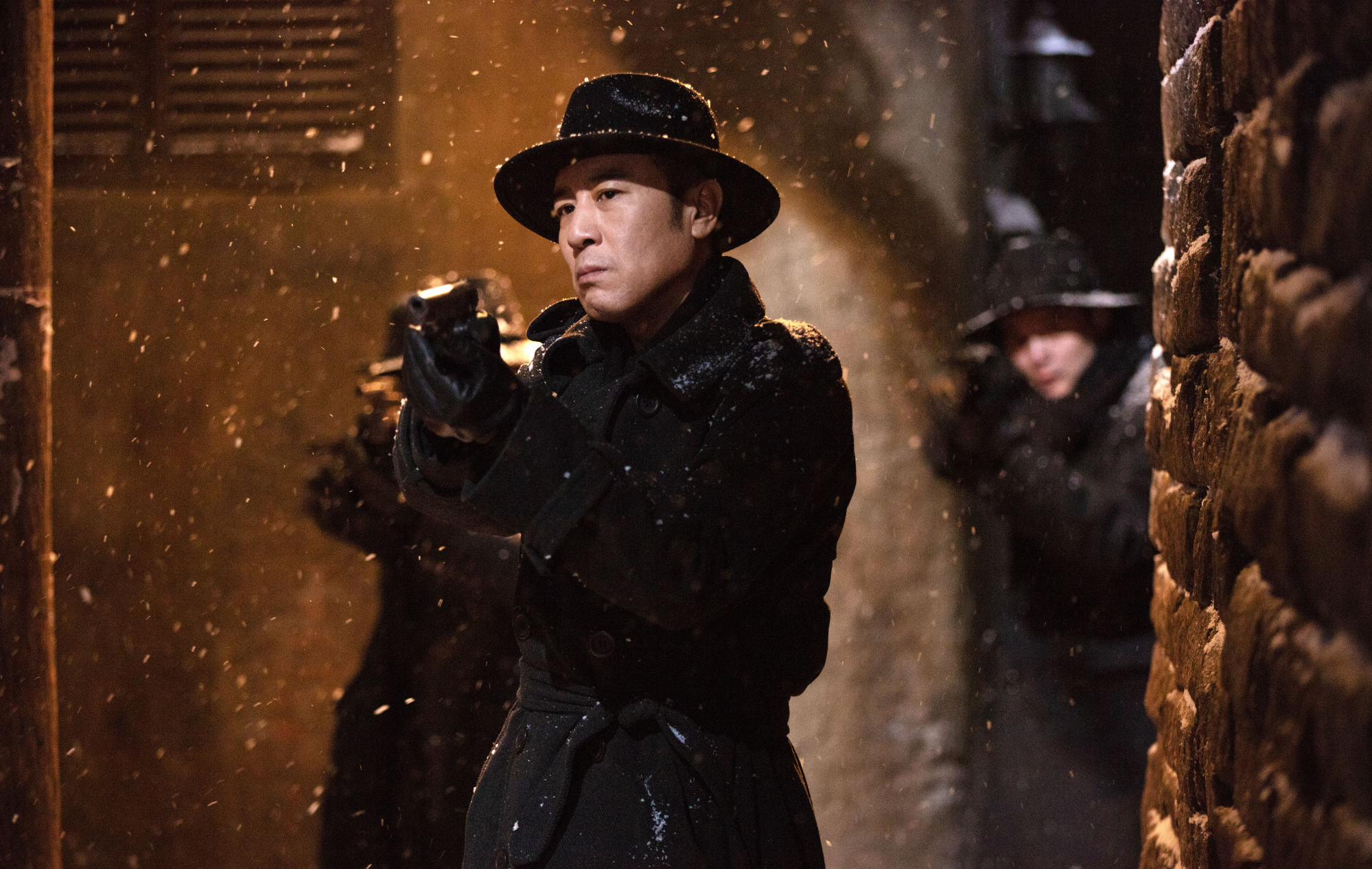 Yu Hewei in a still from Cliff Walkers.

However, the endless scenes of torture and interrogation get somewhat repetitive, while a tacked-on subplot involving abandoned street urchins is an unnecessary distraction in an already overstuffed plot.

Ultimately, Cliff Walkers sports the flawless disguise of a top-tier spy thriller, but when the screws are tightened simply can’t get its story straight.