Chloe Zhao became the first Asian woman to win an Academy Award for best director on Sunday, crashing through one of Hollywood’s toughest barriers with her film “Nomadland.”   © AP

In her acceptance speech for the Best Director Oscar for “Nomadland,” Chloe Zhao recited the first verses of the San Zi Jing, a classic Confucian poem her father taught her.

But even as Zhao’s speech expressed gratitude to her father, it fell far short of praising her motherland. And this is the challenge facing not just artists born in China, but anyone seeking to distribute media there — the space for ambiguous expression in the mainland has collapsed.

Indeed, even as she recited the poem, those on the Chinese mainland could not hear it unless they circumvented the Great Firewall. For the first time in decades, no live broadcaster in Hong Kong carried the Academy Awards either.

Chinese netizens have been criticizing Zhao since January for being insufficiently patriotic. In addition, “Do Not Split,” one of the 2021 nominees for best documentary short, presented a European filmmaker’s sympathetic view of Hong Kong’s 2019 protests — demonstrations that the Communist Party insists should only be portrayed in a harshly negative light or better yet, simply forgotten.

Though Oscar winners tend to thank their parents, fellow independent artists cast the ballots as evident from countless victory speeches that begin with “I’d like to thank the Academy.” Such an approach differs from arrangements in China’s media system, where state-run film groups and regulators run the State Administration of Radio, Film and Television.

Thus, when state media and social platforms censored news of Zhao’s win — despite extensive government efforts to promote Chinese films around the world — it was not a surprise. Indeed, it was a feature of a current Chinese system that pits creativity against intensifying government oversight and commercial pressures. 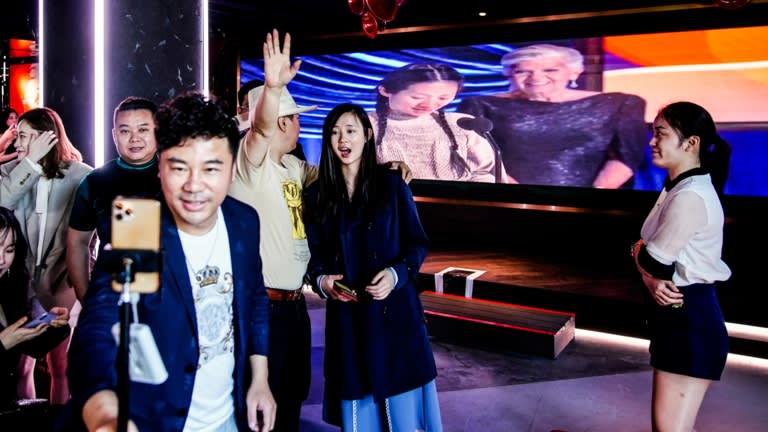 Only two other Asian directors have won the best-director prize: Taiwan-born Ang Lee for “Brokeback Mountain” and “Life of Pi,” and Bong Joon-ho of South Korea for “Parasite.”   © Reuters

In an era when it is increasingly expected that artists thank the Chinese state for any award they win, had censors not blocked Zhao’s speech, her failure to acknowledge the state, even while locating herself within a congenial cultural tradition, might have jarred. “Do Not Split” lost in its category, but the winning directors specifically referred to Hong Kong’s protesters in their acceptance speech as people who “are not forgotten.”

Sadly, China’s handling of the Academy Awards calls to mind the authorities’ shifting ideas about the Nobel Prize for Literature. Decades ago, official media expressed the hope that the time would come for a “Chinese writer” to be named a laureate, especially since authors from two important neighboring and ofttimes rival countries, India and Japan, had gotten the honor.

It became clear that this would be no simple dream to realize, however, when first a dissident writer in exile, Gao Xingjian, and then a sometimes-censored author still on the mainland, Mo Yan, were chosen for the prize.

With acclaim for more provocative writers based inside and outside the mainland, prizes and even just laudatory reviews have been greeted by responses ranging from skepticism and dismissiveness to suppression and the Kafkaesque theater of praise for censored work. Fervent nationalists with cellphones have proved quick to fill online sites with criticism of any texts or writers deemed insufficiently patriotic.

The Oscars are now seemingly following a similar path. Plaudits for eight-time Academy Award-winner Ang Lee, a Taiwanese director swept up by mainland territorial claims across the Taiwan Strait, have given way to skepticism, dismissiveness and the suppression of Chloe Zhao’s success.

The circumstances of her win — suppressed by the Chinese government on a night with record-low Oscar viewership — offer the chance to think about “Nomadland” as art made by humans rather than geopolitical actors. We can choose to interpret her decision to quote from a pre-modern poem she shared with her family as a way to find common ground at a time of exhausting, unending division.

Indeed, in an era of anti-Asian hate in the United States, the poem’s text further invited all viewers to search for goodness and to welcome Zhao as having a foot in both a foreign land with valuable cultural modes and Hollywood’s own time-honored tradition, something that South Korean award winners last year and this have pulled off as well.

But while Zhao and “Nomadland” presented a model of scrappy artists telling inspiring human stories, only time will tell if such an approach is sustainable either for her, or for a Hollywood increasingly dependent on the Chinese box office. Zhao’s invocation of Chinese literature might have been a tactic to curry favor with Chinese netizens in advance of her upcoming Marvel Cinematic Universe film, “Eternals.” After all, it is easier to manipulate capital than creativity.