Source: The Guardian (4/23/21)
Chinese Don Quixote is translated into Spanish after 100 years
Lin Shu’s forgotten 1922 text, The Story of the Enchanted Knight – with a less deluded Don Quixote – in edition for China and Spain
By Sam Jones in Madrid @swajones 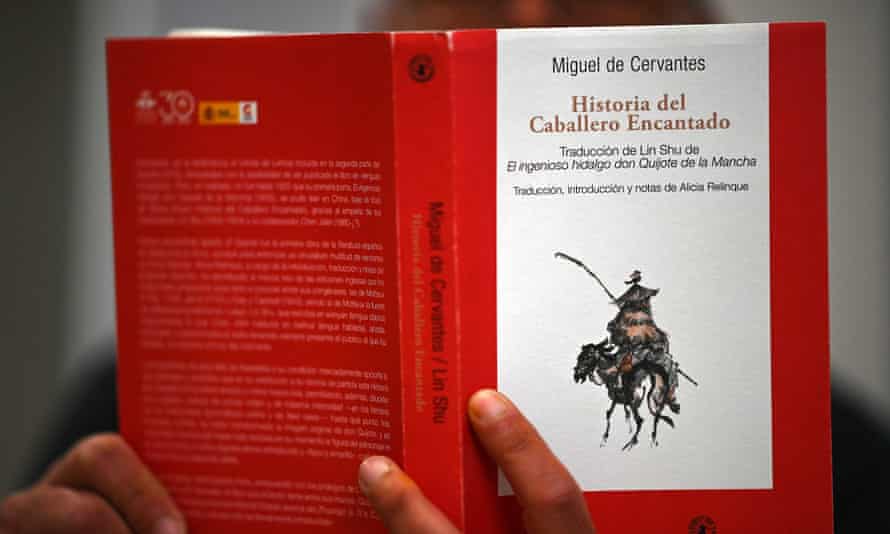 In the early 20th century a pioneering and appropriately idiosyncratic man of letters took it upon himself to translate the first part of Don Quixote into classical Chinese.

Undaunted by his lack of Spanish – or indeed any western language – and helped by a friend who had read two or three English translations, Lin Shu published The Story of the Enchanted Knight in 1922.

In its pages Chinese readers had their first introduction to the deranged, book-sick nobleman created by the writer Cervantes, and to the escapades that have echoed, as insistently as Rocinante’s hooves, down the centuries and through the work of many, from Jorge Luis Borges and Graham Greene to Salman Rushdie.

Almost 100 years later Spain is returning the favour with a suitably chivalric flourish by translating Lin’s translation into Spanish to coincide with the 405th anniversary of Cervantes’ death.

The linguistic quest began eight years ago after the Instituto Cervantes in Beijing exhibited some of the items amassed by a Chinese collector who had spent 20 years trawling markets and bookshops for Chinese editions of Cervantes.

Among them, says Inma González Puy, director of the Instituto Cervantes, in Shanghai, was Lin’s The Story of the Enchanted Knight – “a little jewel even though it looked like an ordinary notebook”. With the help of the collector and the tireless efforts of Alicia Relinque, a professor of classical Chinese literature at the University of Granada, the institute set about rescuing the forgotten text and translating it into Spanish.

“It’s taken fewer years than I would have liked, although I might have died in the attempt,” says Relinque. “The proposal came through in 2017 and I started the following year, so it was about two-and-a-half very intense and very exhausting years.”

Despite The Enchanted Knight’s unorthodox genesis – not to mention the many alterations to, and diversions from, Cervantes’ text – Relinque stands by the idea of Lin’s work as a bone fide piece of translation.

“There are a lot of things that are still in there and I know many translations of other texts that stray much further from the original,” she says. “But yes, there’s a lot of distortion because it comes via the English versions and then into Chinese.”

Some of the biggest differences lie in the characters themselves. Don Quixote himself – known in the book as Quisada – is less deluded and more learned, while Sancho Panza is more the disciple of a cultured master than squire to a mad knight. The priest who tries to cure the nobleman of his delusions becomes a doctor, while Dulcinea, the peasant woman whom Don Quixote idealises, is described with the beautiful Chinese epithet of “Jade Lady”. Lin also removed all references to God and upgraded the lean old nag Rocinante to a “fast horse”. 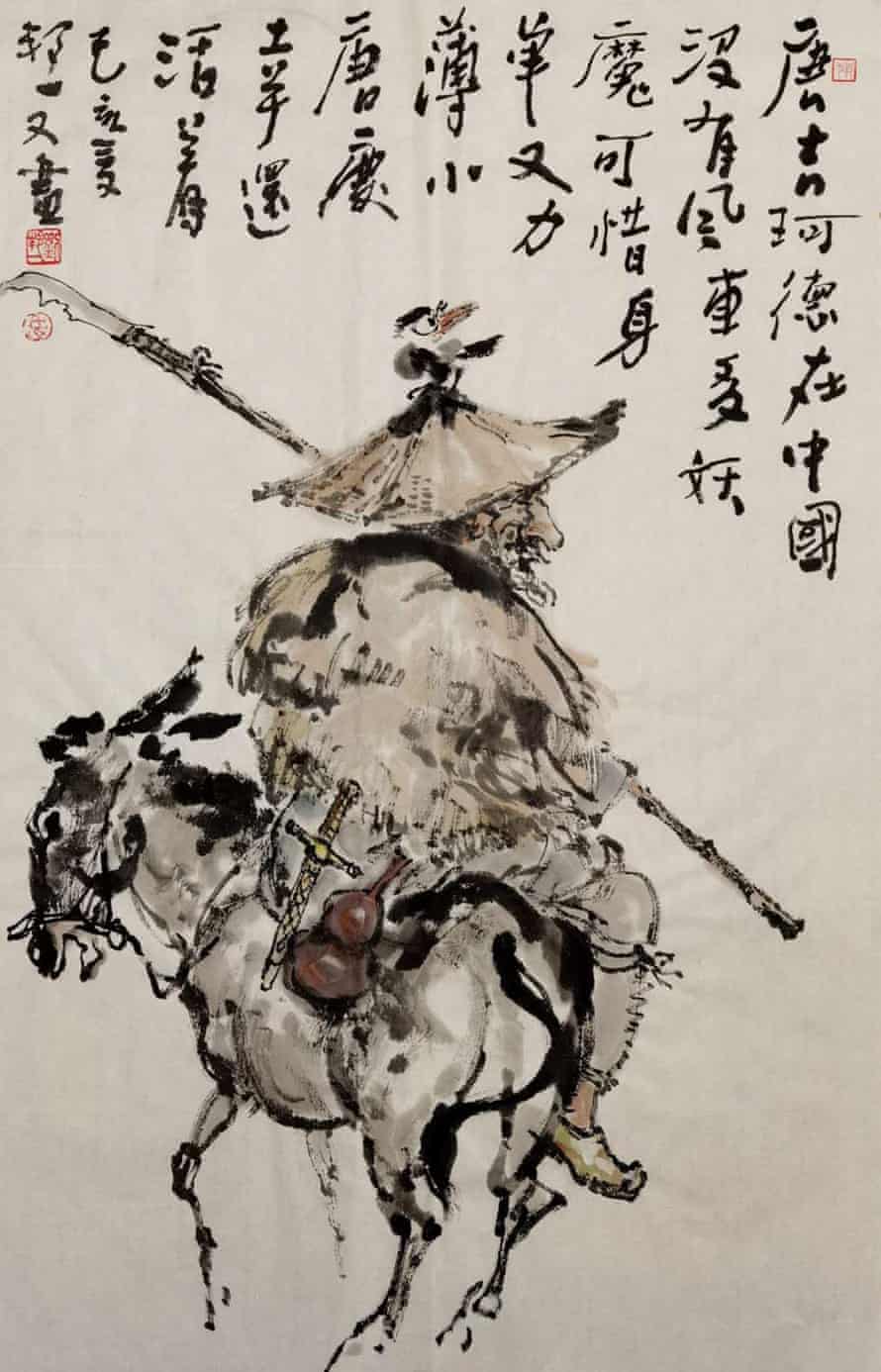 “Don Quixote himself is a dignified, educated, figure who reveres the past,” says Relinque. “He may get confused from time to time, but it’s the world that’s causing the confusion. He’s not a ridiculous figure in any sense. I think Lin Shu may have identified with him a bit because he was living at a time when people were trying to remake everything, and I think both Don Quixote and his translator venerated the past.”

For Gónzalez Puy the new version of The Story of the Enchanted Knight represents the completion of two journeys. Not only is Don Quixote finally trotting back to Spain after a century in China, but Lin’s text is being published in his homeland – in a dual edition with Relinque’s translation – for the first time since 1934, and by the same publisher behind the 1922 text. “It’s been a double homecoming,” she says.

Relinque looks on her translation of Lin’s translation as the newest link in a long and ancient chain, and as a means to share a book that says as much about early 20th-century China as 17th-century Spain.

“I hope that the work I’ve done, including on the notes, will show how any passage in any language is just so packed with information about its own culture,” she says. “I don’t think this is a backwards step. I think it makes us take a much closer look. It’s a real linguistic treasure.”