Source: SCMP (1/22/21)
What to know about the 4 venues defining Hong Kong’s West Kowloon Cultural District
Conceptualised as one of the world’s largest cultural hubs, the waterfront area comprises museums, performance stages and green space. Its new architectural landmarks have designs influenced by Chinese culture and distinctive features such as the huge LED screen atop M+ museum
By Morning Studio Editors

Hong Kong’s West Kowloon Cultural District (WKCD) occupies 40 hectares (99 acres) of land on the westernmost tip of the Kowloon peninsula. Fusing art, education and recreational activities amid a collection of impressively designed buildings, this new cultural hub aims to raise the bar for what the city can achieve in the world of modern and contemporary art.

Not only will the district help elevate regional talent to new heights, but it is also contributing to Hong Kong’s expanding portfolio of architectural landmarks. Here are some of the unique features that define the four spaces at WKCD.

M+ is the district’s centrepiece – a museum for modern and contemporary art housed in an inverted T-shaped structure that is hard to miss amid Kowloon’s dense cityscape. It’s designed by Swiss architecture firm Herzog & de Meuron, which created London’s Tate Modern. But M+ is a much larger project, covering a total floor area of 65,000 square metres (700,000 square feet) – nearly twice the size of the Tate. 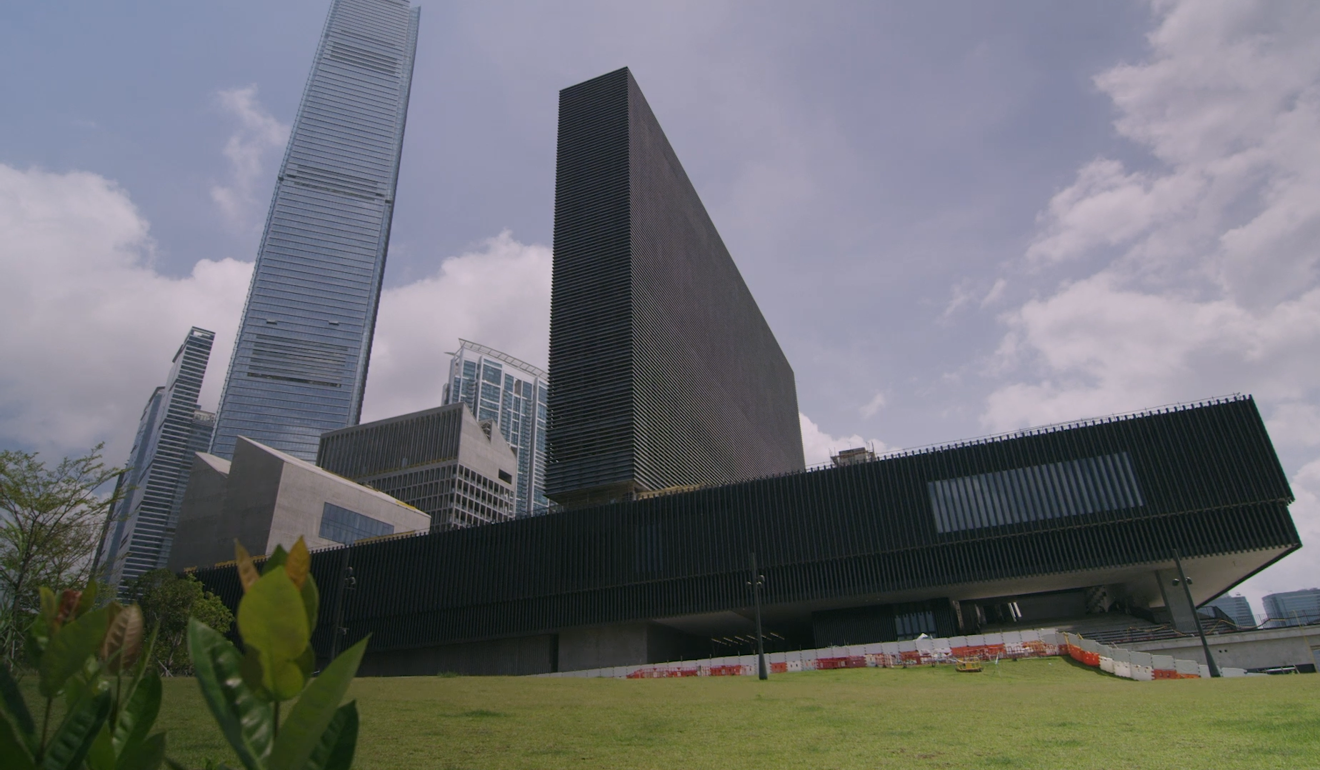 M+ will display a world-class collection of interdisciplinary art in a building that also houses three cinemas, performance spaces and a lecture theatre.

Upon opening in 2021, M+ will display a world-class collection of interdisciplinary art across 17,000 square metres (183,000 square feet) of exhibition space, and will also offer three cinemas, performance spaces and a lecture theatre.

Perhaps the most distinctive feature of the M+ design is a massive LED screen that rises 65 metres (213 feet) high. Set atop the building’s podium and visible across Victoria Harbour, the screen will solely show an array of multimedia art.

The Hong Kong Palace Museum was developed with the concept of “harmony” in mind. This is made apparent by the building’s position on the far edge of WKCD, which provides panoramic views of both Hong Kong Island and Lantau Island.

While the museum will be rooted in tradition – with a design inspired by the layout of the Forbidden City in Beijing – this work in progress was also conceptualised to provide a fresh interpretation of traditional Chinese visual culture. 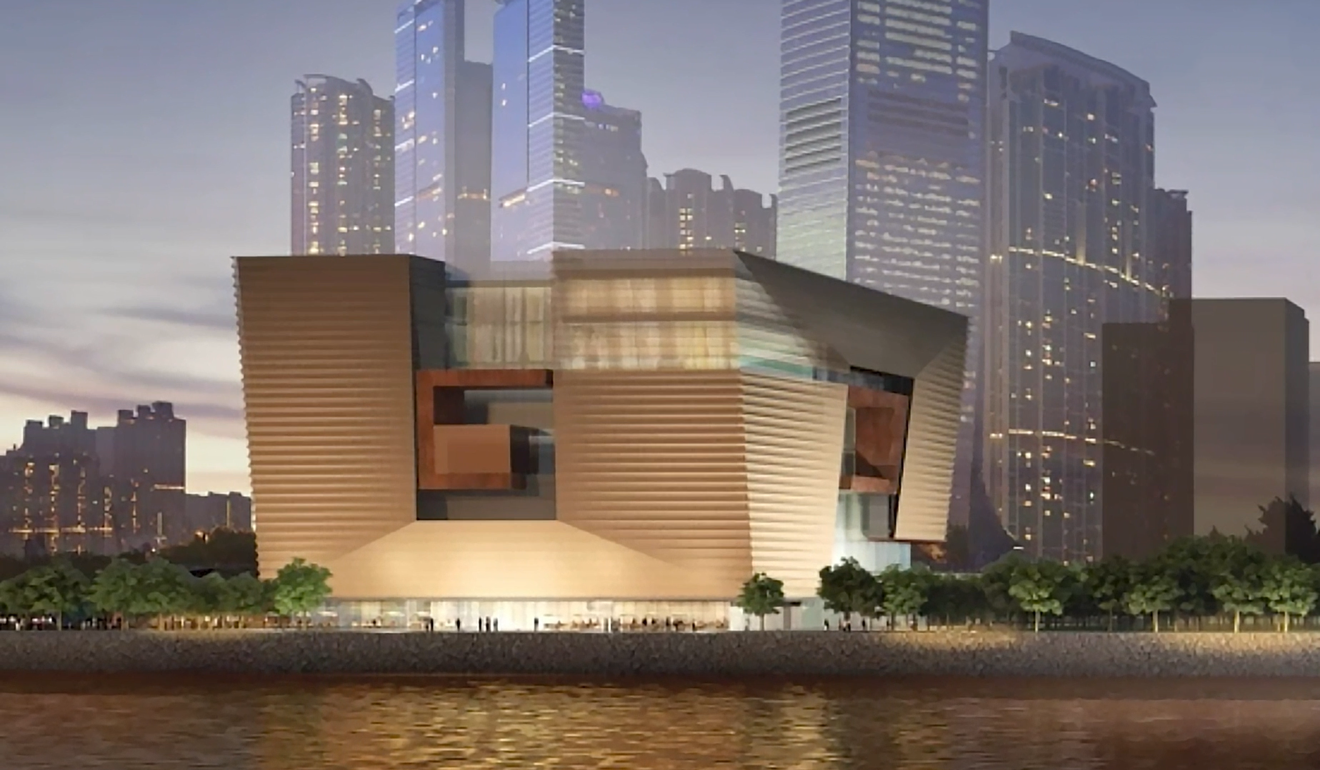 The design of the Hong Kong Palace Museum was inspired by the layout of the Forbidden City in Beijing.

Rocco Design Architects, a Hong Kong-based firm, translated the Forbidden City’s linked courtyards into a vertical series of atriums within the museum structure. These will draw visitors through 7,800 square metres (25,600 square feet) of gallery space once the museum opens to the public in mid-2022.

Beijing’s Palace Museum will collaborate with its local counterpart by loaning items for display. This will give the Hong Kong Palace Museum access to the more than 1.8 million artworks and artefacts comprising the collection held in Beijing, which includes paintings, calligraphy, decorative pieces and rare books.

Since opening in early 2019, WKCD’s Xiqu Centre has successfully presented traditional Chinese opera, or xiqu, to new and expert audiences alike. Reflecting the centre’s mission to make xiqu more accessible to all, the building has a modern design that is striking yet inviting – the result of a collaboration between Vancouver-based Revery Architecture and local architecture firm Ronald Lu & Partners. 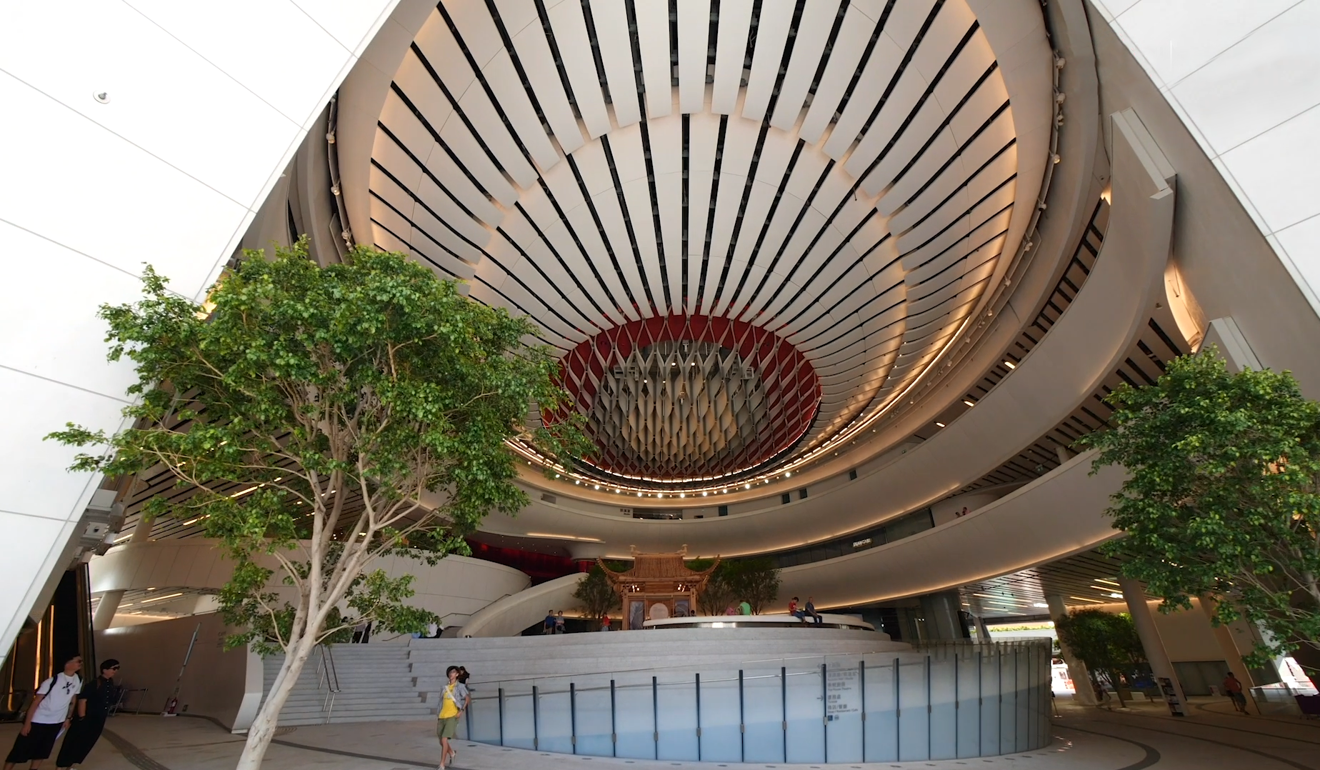 The exterior resembles a traditional Chinese lantern from above, while the main entrance was made to look like slightly parted stage curtains. The eight-storey structure has a total area of 28,164 square metres (303,150 square feet) and houses the Grand Theatre with the main performance stage, as well as the smaller Tea House Theatre for more intimate shows.

The Grand Theatre is designed without any angles, with the wave-like architecture intended to convey the concept of qi, or flow. Its location at the top of the building allows for a vast atrium to take up the ground floor – the open space is used for xiqu demonstrations and workshops.

A creative space for everyone 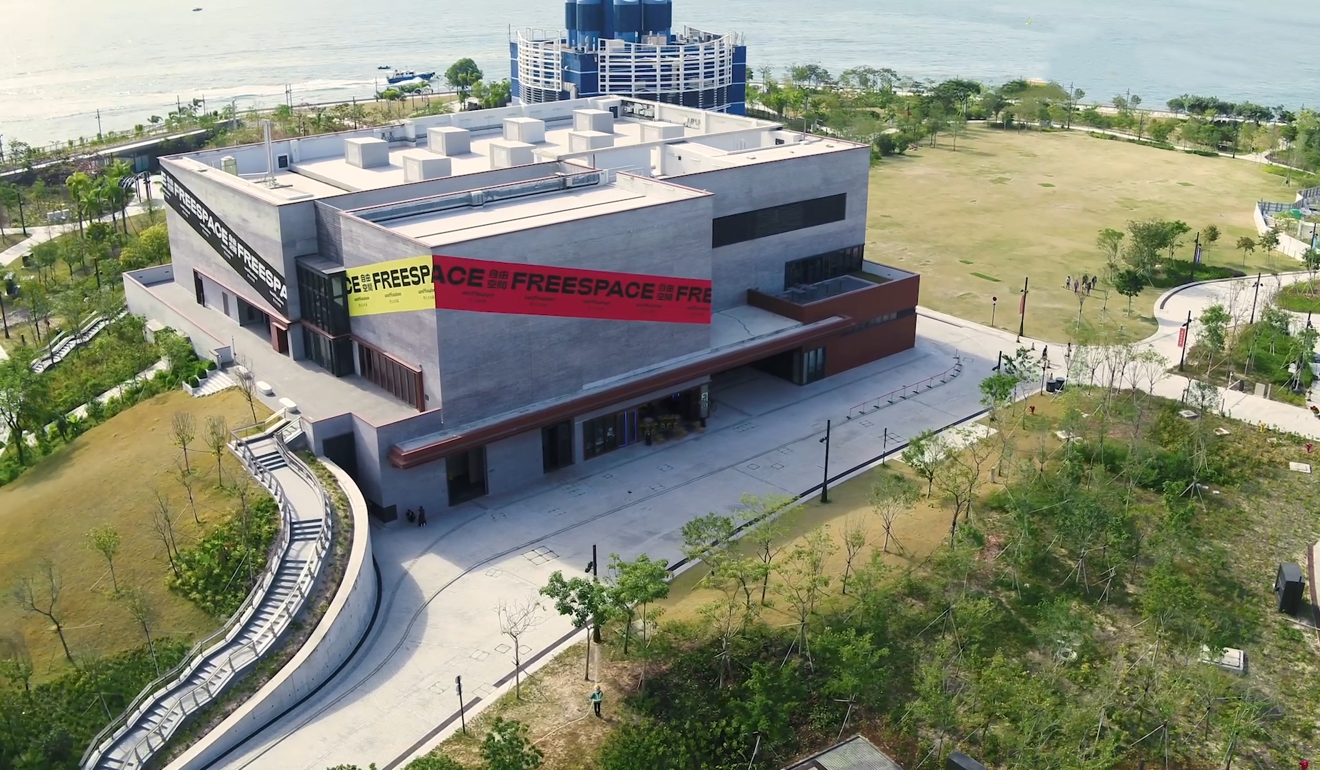 Freespace is a prime venue for live performances in modern genres ranging from contemporary dance to jazz music.

Located in WKCD’s green Art Park is Freespace, the district’s centre for modern performing arts. The minimalist concrete structure is a prime venue for live performances across a range of genres, from contemporary dance to jazz music.

Living up to its name, Freespace has flexible performance facilities, with seating that can be arranged to accommodate shows and exhibitions of various sizes.

Karina Tsui contributed to this article.