“Do you know where Mao’s old house is?” the hotel receptionist asked his colleague. The screen of my phone was zoomed in on a small grey square, labelled ‘Comrade Mao Zedong’s Former Residence’. Neither of them had heard of it, so they called their manager over, and the four of us stood in the echoey, white-tiled reception of my cheap Wuhan hotel, reorienting my phone to try and figure out where I was going. Eventually, one of them spotted a nearby subway station they knew and told me the quickest way across town. “He came here in 1966,” the manager told me. “Did you know he swam in the Yangtze?”

A few hundred yards down the embankment from my hotel, I had already seen the enormous metal numerals which commemorate the date of the swim the hotel manager was referring to: 66.7.16. The hot morning of July 16 1966 was one of eighteen occasions when the Great Helmsman swam in China’s great river at Wuhan, and indisputably the most well-known. A showy demonstration of physical vigour, it prefigured his return to Beijing, where the next month he threw himself into promoting the Cultural Revolution.

But ‘Comrade Mao Zedong’s Former Residence’ dates from a much earlier stay in Wuhan, when Mao was only just emerging as an important figure in the Chinese Communist Party. In early 1927, six years after the party’s founding (and when it was still allied with the Nationalists in the fight for control of China), a Peasant Training Institute was established in Wuhan, and Mao was appointed one of its leaders. He had just written an important report on the so-called peasant movement in Hunan, his home province. In it, he prophesied:

In a very short time, several hundred million peasants in China’s central, southern, and northern provinces will rise like a fierce wind or tempest, a force so swift and violent that no power, however great, will be able to suppress it.

In the spring of 1927, the institute began classes, and Mao oversaw the training of 800 future cadres drawn from eighteen provinces. The dormitories and classrooms of the institute are preserved along an alley named ‘Red Lane’ in Wuchang, one of a triumvirate of old cities which make up modern-day Wuhan, along with Hankou and Hanyang. 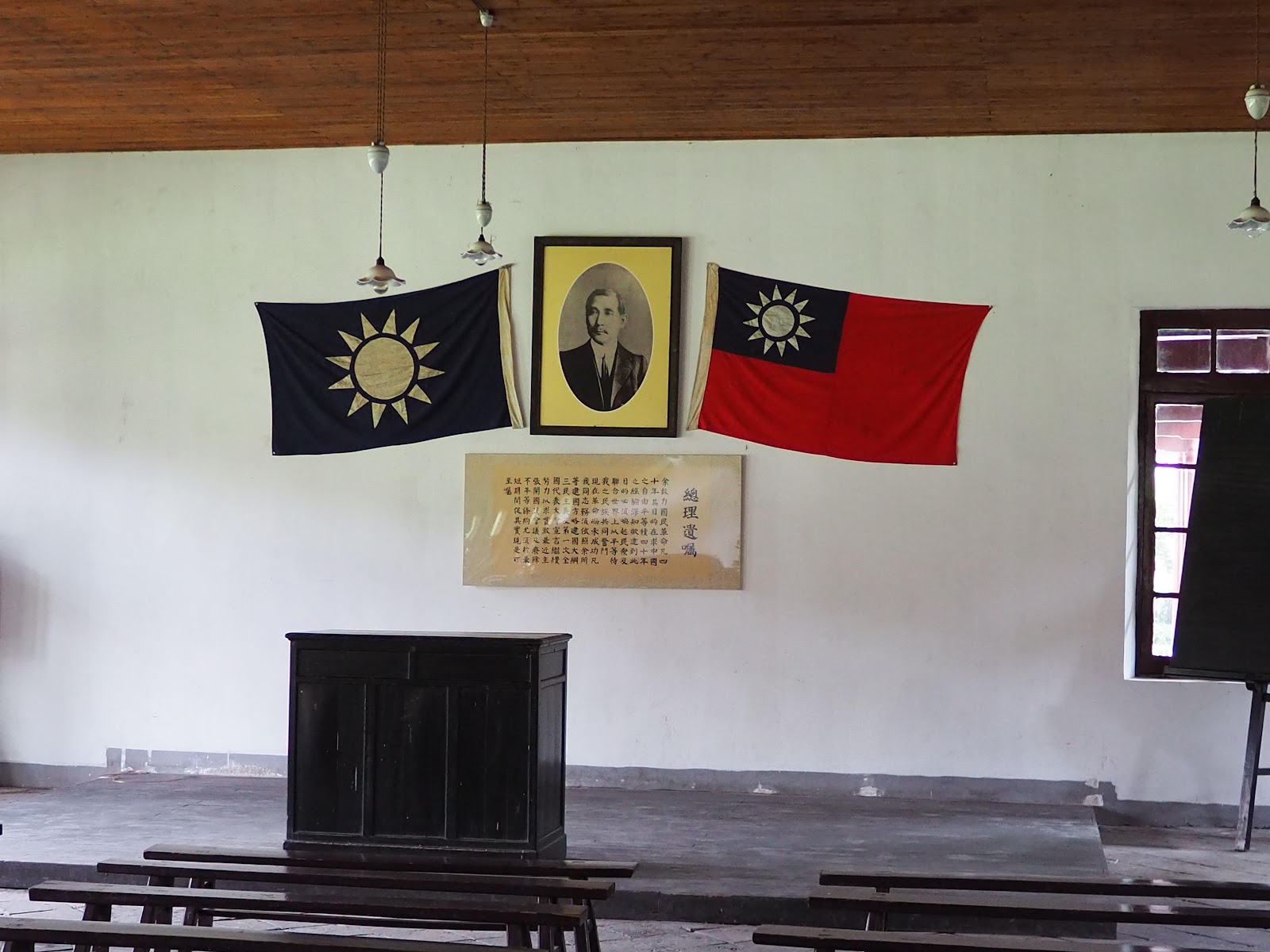 The museum of Wuhan’s Peasant Training Institute, led by Mao Zedong in the 1920s

Mao’s old residence is 50 metres or so from this institute: a grey-brick courtyard house which has now become a museum, with a heavy emphasis on how much Mao loved both Wuhan and his family. A happy familial scene, cast in bronze, dominates the small courtyard garden, showing Mao with his children and second wife, Yang Kaihui, later to be executed by the nationalists. A display inside tells of the 50 times he came to the city: “His brilliance dazzles and his luster shines in Wuhan. … His revolutionary activities and theoretical creation in Wuhan are treasures that will be cherished by generations of people in the city.” One detailed table breaks down each of his eighteen swims in the Yangtze, noting weather conditions, time and distance amongst other details. His personal best seems to have been set a few years earlier in 1961, when he apparently achieved twelve kilometres in just 40 minutes.

Opposite Mao’s house was the last of the trio of moderately-interesting historical sites in this part of Wuhan: the site of the Fifth National Congress of the Chinese Communist Party from 27 April to 9 May 1927. The gathering of the Party here had taken place just as the relationship between the Nationalists (KMT) and Communists (CCP) had irrevocably fractured, shortly after Chiang Kaishek had launched the so-called ‘Shanghai massacre’ of April 12 1927, which violently targeted those associated with the communist movement. Mao was frustrated at the attitude of the party leadership, whom he felt were being too conciliatory towards the Nationalists. As the museum puts it, “Two months after the Fifth National Congress … the Great Revolution failed.”

On my way for noodles and a cold beer to break Wuhan’s famous heat, I noticed that a large group of identically-dressed party cadres was funnelling into an anonymous-looking grey-tiled building just down the street. The red-on-black characters on the digital sign above the entrance announced it as the “Chinese Communist Party Discipline Building Exhibition Hall.” My interest piqued, and the promise of air-conditioning too hard to resist, I followed in behind them, half-suspecting that some zealous security guard would spot the foreigner and send him on his way.

“Never forget why you started, and you can accomplish your mission,” read an introductory display, encouragingly. It went on to explain the museum’s purpose: “This themed exhibition, held at the venue where the CPC’s first central body for discipline inspection – the Central Supervision Commission – was founded, reviews the history of Party discipline and will urge us to keep our mission firmly in mind, overcome difficulties, and strive for the great success of socialism with Chinese characteristics for a new era.”

The museum, I found out later, had opened just a couple of months before my visit in July 2019. It covers nearly 3000 square metres and is divided into four separate sections: ‘Origin and Exploration’, ‘A Winding Road Ahead’, ‘Restoration and Development’, and ‘The New Journey for the New Era’ (the CCP are big on metaphorical journeys and roads; a legacy, perhaps, of the Long March of 1934-35, one of the party’s creation myths).

Marx, Engels and Lenin are all dutifully quoted in the early section of the exhibition. “We must absolutely maintain the Communist Party’s discipline now, otherwise nothing will happen,” reads one quote from Marx. Subsequent displays walk you through the establishment of the Chinese Communist Party in 1921, its early (then annual) Party Congresses, the fight against the Nationalists, the War of Resistance Against Japan (1937-45), and then the years of communist rule post-1949, albeit with some predictable gaps at moments such as the Great Leap Forward and the Cultural Revolution, when discipline was not the Party’s strong suit.

Money had clearly been lavished on the exhibition. To greet visitors, a group of founding party figures had been cast in bronze; they stride forwards beneath a high ceiling embossed with the hammer and sickle, bright white lights radiating out from its centre like sunbeams. There are interactive touchscreen displays, the Madame-Tussauds style wax replicas beloved of China’s museum curators, large video screens showing leadership speeches, and grainy black-and-white photos of miscreants on trial.

One of the waxwork displays showed party member Wang Hebo at the first meeting of the Central Supervision Committee, elected in May 1927 as part of the Fifth Party Congress to scrutinise the discipline of the Party (and precursor to today’s Central Commission for Discipline Inspection, which polices current Party cadres’ behaviour). Wang’s story is presented as one of resilience and loyalty to the CCP: later in 1927 he was arrested, tortured and finally executed by Manchurian warlords – but did not, or so the exhibition tells us, betray his comrades. 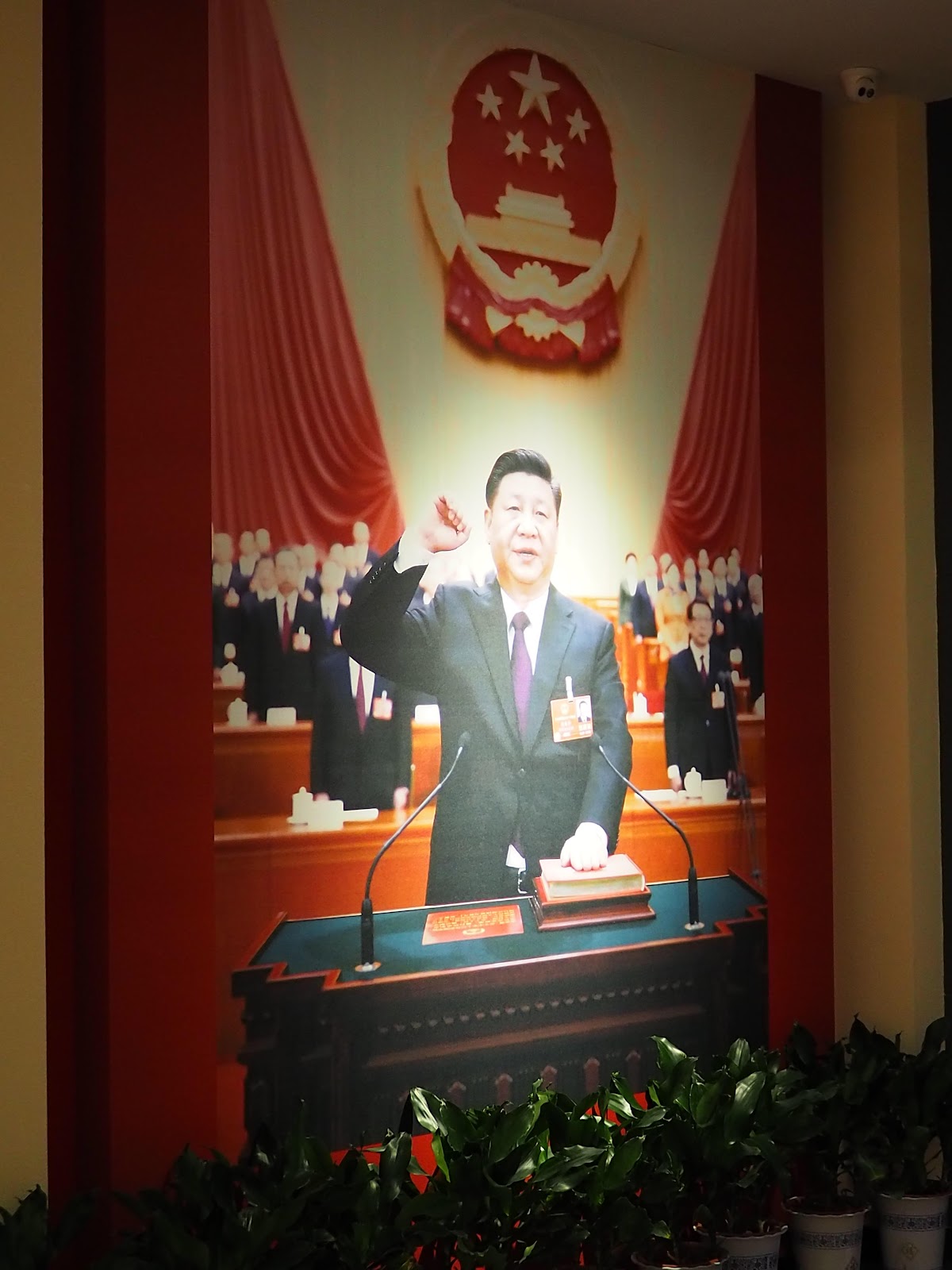 All of the foundational narratives of modern China are here, but re-written to place Party discipline at their centre. Reform and opening was undertaken by Deng Xiaoping “while combating corruption” we are told, while his successor Jiang Zemin established China’s “anti-corruption framework for the purpose of ‘promoting honesty and self-discipline among officials’.” While emphasising how seriously the Party has taken the issue of discipline over the years, the museum’s narrative leaves the final resolution of these thorny issues to a deus ex machina: Comrade Xi Jinping, who according to one display has “taken up the baton of history and given greater prominence to the enforcement of discipline.”

Since Xi Jinping’s elevation to CCP General Secretary in 2012, anti-corruption and discipline have become a key part of his political brand. He presented himself as a strongman unafraid to confront corruption and disloyalty, almost immediately launching a high profile campaign to eliminate “tigers” and “flies” alike (meaning both corrupt high-level officials and lower-level bureaucrats). “Since the 18th National Congress of the Party [in 2012],” one museum plaque noted, “with tenacious will and unprecedented strength, the Party Central Committee with Comrade Xi Jinping at its core has steadily promoted comprehensive and strict governance of the Party. It has made historic achievements in the anti-corruption struggle and won the hearts of the Party and the people.”

Some observers have questioned whether Xi’s campaign was simply using the cover of anti-corruption and Party discipline to purge the Party of those who disagreed with him or posed a political threat, or whether it was a more substantive attempt to root out those guilty of corruption. The answer is likely both: the anti-corruption drive has been widespread (with over 100,000 officials indicted) and resulted in many high-profile figures being removed from power, yet those figures close to Xi have, seemingly, been relatively insulated.

The stories that Chinese museums tell are generally concerned with establishing mythology, retelling China’s past in ways that secure the Party’s present and future. Wuhan’s new Party Discipline Building Exhibition Hall has an additional purpose. For those Party cadres on their training visit to Wuhan, there was no mistaking the warning implicit in the museum’s displays: stick to the rules. The whole rhetorical purpose of the museum was, as one display vividly suggested, to “make discipline the high voltage line that nobody dares to touch.” In January 2020, with Shakespearean hubris, Xi told a meeting of the Central Commission of Discipline Inspection that the emphasis on discipline mean the Chinese Community Party could “solve its own problems while staying in power for a long time and avoid history’s cycle of rising and falling.”

By the time I made my way out of the final exhibit (‘The New Journey for the New Era’) I was suitably chastened and thinking more determinedly about lunch. A final display declared: “The goal of creating a deterrent against corruption has been strengthened. The anti-corruption campaign has built into a crushing tide.” Turning the final corner, I was greeted by a painted mural of a long, straight grey road. The floor tiles perfectly matched the width of the road, which in the mural ran off into a distant valley between two hills: a final trompe-l’oeil flourish from the museum’s curators – symbolic, I assumed, of the long road ahead in fighting corruption and ensuring Party discipline.

Just beside it, in vivid contrast to the dull green and grey of the mural, was the official CCP emblem: a yellow hammer and sickle on a bright red field.