“Genocide is an ugly word—but it should be applied to what’s happening in Xinjiang”–Mei Fong in The Atlantic. Posted by: Magnus Fiskesjö <magnus.fiskesjo@cornell.edu> 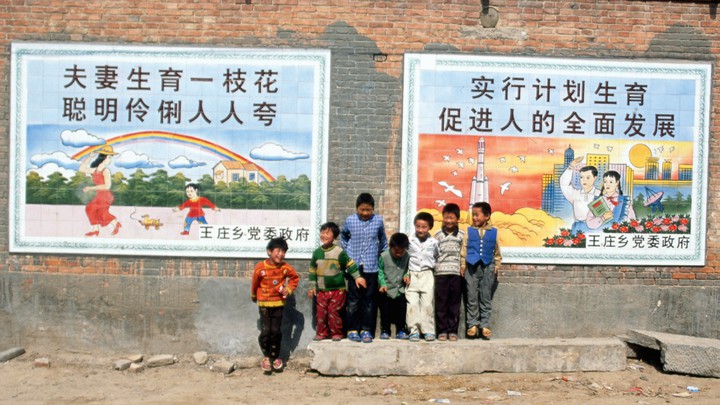 For years, when I was giving talks or discussing my reporting on China’s one-child policy, well-meaning audience members would inevitably ask a question that I had come to expect: “Of course forced abortions and sterilizations are bad,” they would say, “but isn’t the one-child policy good, in some ways? Doesn’t it help lift millions of people out of poverty?”

This has always been the Chinese Communist Party’s narrative. The one-child policy, it claimed, was a difficult but necessary move that was crucial for the country’s advancement. Deng Xiaoping, then China’s paramount leader, insisted in 1979 that without a drastic fall in birth rates, “we will not be able to develop our economy and raise the living standards of our people.”

Recent reports from the Associated Press and the noted Xinjiang scholar Adrian Zenz about forced sterilizations imposed on China’s repressed Uighur minority should quash this lingering, pernicious fig leaf. If the one-child policy was designed to boost economic growth and benefit citizens, why is Beijing actively suppressing reproduction among Uighurs—who are Chinese citizens—when the country’s birth rate has plunged to its lowest in 70 years, imperiling future growth? Why is the party telling Han Chinese to have more children, even as it sterilizes more Uighur women than the population of Hoboken, New Jersey?

The answer, of course, is that China’s birth-control policies have always been less about births, and more about control. Those who drafted the one-child policy were cynically more concerned with the preservation of power than helping lift people out of poverty. That’s why China’s leaders long resisted calls to end the policy, even though economists had persistently warned that it was shrinking China’s workforce, diminishing productivity, and storing up a future problem in pension shortfalls. The alternative would’ve meant giving up a powerful tool for social control (as well as one that reliably generated at least $3 billion annually in fines for violations, by Beijing’s own admission).

I know this because I covered China’s economic miracle as a correspondent for The Wall Street Journal, and spent years researching and writing an award-winning book examining the costs and consequences of the world’s most radical social experiment, which began in 1980 and tapered in 2016, when Beijing increased the number of children a family could have to two. In my quest to understand how the state policed the womb, I heard many chilling stories: I spoke with women forced to have abortions as late in their pregnancy as seven months; officials who described how they cornered and chased pregnant women like prey, and mothers who recounted heartbreaking acts of abandonment and infanticide. The bulk of these stories, though not all, involved the country’s majority Han population, who were subject to more stringent restrictions than China’s ethnic minorities, including its Uighur population.

Now the scales have tipped. What’s happening in Xinjiang is astonishing. According to Zenz, two counties in the province targeted the sterilization of 14 and 34 percent of women of childbearing age, respectively, in a single year. Per capita, that represents more sterilizations than China performed in the past two decades. Uighur women who had been held in internment camps have recounted being given injections that altered or halted their menstrual cycles. Several media outlets have also reported that Uighur women were forcibly fitted with contraceptive devices. In 2018, a stunning 80 percent of all newly placed IUDs in China were fitted in Xinjiang, even though the region makes up only 1.8 percent of the country’s population, according to Zenz’s findings, which are based on an analysis of official Chinese documents.

Genocide is an ugly word—but it should be applied to what’s happening in Xinjiang, which has been the target of more and more repressive policies following deadly riots in the region in 2009. Since then, Beijing has been on a campaign to eradicate Uighur culture, forcing an estimated 1 million Uighur Muslims into “reeducation” internment camps, razing mosques, subjecting residents to Orwellian-style surveillance, and separating Uighur children from their parents.

Eugenics is another ugly word. Both it and genocide revolve around the repugnant idea that some groups of the human race should be wiped out, or bred out. Eugenics was an underpinning of the one-child policy that many of its admirers chose to overlook. A common slogan for the policy was its stated intent to “Raise quality, reduce quantity.” In 1988, Gansu province in northwest China prohibited the “reproduction of the dull-witted, idiots or blockheads.” In 1995, China passed the National Maternal and Infant Health Law, forbidding people with “genetic disease of a serious nature” to procreate. (These conditions included mental disability and seizures.)

Yet the United Nations in 1983 still chose to award China a gold medal for its population policies. In 2014, The Economist ranked the one-child policy as one of the most important stratagems that slowed global warming—more effective than preserving the Brazilian rain forest—even though the magazine acknowledged that this was “something of a cheat” because Beijing had not created the policy with climate protection in mind. (It also based its assessment on Beijing’s own projection that the one-child policy had reduced births by 300 million, a number that has been disputed by prominent demographers, such as Wang Feng, who say these projections failed to account for global trends in declining fertility.) “It is very easy to criticize the one-child policy: it was surely stern medicine and its application was unnecessarily severe,” the Israeli environmentalist Alon Tal wrote in 2015, before pivoting to the conclusion that “it is well to remember how lucky China is today that the policy was adopted.”

Imagine if eminent scholars today argued that the Holocaust had some good points, such as boosting manufacturing, or that American slavery, despite all its evils, made a positive contribution to the Deep South’s economic engine. There are some places where moral outrage should triumph over materialism. Instead of saying, “Yes, they violated human rights, but … ,” sometimes we just need to say “They violated human rights.” Egregiously. Appallingly. Full stop.

The one-child policy has resulted in a hugely imbalanced population that is too male, too old, and too few. It has so tilted gender and age imbalances that in a little under a decade, there will be more Chinese bachelors than Australians, more Chinese retirees than people in Western Europe. China’s pension shortfall has reached $540 billion, according to China’s Academy of Social Science. Middle-class Han Chinese women now say the national two-child policy and its attendant propaganda put additional stress on them to replenish a shrinking labor force, and have led to a surge in workplace discrimination. The dearth of women in China’s countryside has resulted in a boom in sexual slavery and trafficking, affecting not just Chinese women, but women from Cambodia, Myanmar, North Korea, and Pakistan.

Beijing’s early response to this demographic decline is still more stick than carrot—social shaming, curbs on divorce and abortion, state-sponsored workshops to encourage female subservience, and more talk of fines, this time for not having children. Even polyandry has been suggested. There are fears that China’s still-evolving social-credit system could be used to control for the one-child policy’s negative social effects, shoring up declining army enlistment rates from China’s so-called pampered cohort of Little Emperor singletons, for example. What next? Points for having more kids, demerits for staying single? This scenario might seem like one out of Black Mirror, but it cannot be discounted, given China’s historically extreme measures to control reproduction.

The sad truth is that the harsh strictures of the one-child policy were unnecessary for economic prosperity. In fact, China’s remarkable growth and poverty eradication had more to do with deregulating state-owned enterprises than regulating birth control. Many other countries, including Malaysia, Singapore, South Korea, and Thailand, managed to slow population growth and prosper in the same period as China—without putting their people through such generational trauma. Even China itself proved it could limit population growth with a less repressive regime: A full 10 years before the one-child policy’s onset, the country’s “Later, Longer, Fewer” campaign encouraged couples to get married when they were older. It was a stunning success in curbing China’s soaring population numbers. In that decade, families in China went from having six children, on average, to three. Many experts maintain that China could have kept that course and still enjoyed healthy economic growth.

Indeed, the evidence is clear: We can curb population growth without endorsing anything as brutal as the one-child policy, or its more vicious cousin, the genocide in Xinjiang.

MEI FONG is the author of One Child: The Story of China’s Most Radical Experiment. A former China correspondent for The Wall Street Journal, she was part of a team that won the 2007 Pulitzer Prize for International Reporting. She currently directs strategy for the Washington, D.C.-based Center for Public Integrity.