Source: SCMP (7/3/20)
National security law: China won’t be ‘threatened’ but is braced for US financial sanctions, Beijing official says
Hong Kong adopted the national security law on Tuesday which criminalises behaviour and acts under the four categories of secession, subversion, terrorism, and collusion with a foreign power. US lawmakers on Thursday passed the Hong Kong Autonomy Act that requires sanctions against individuals and banks over the erosion of the city’s autonomy
By Frank Tang in Beijing 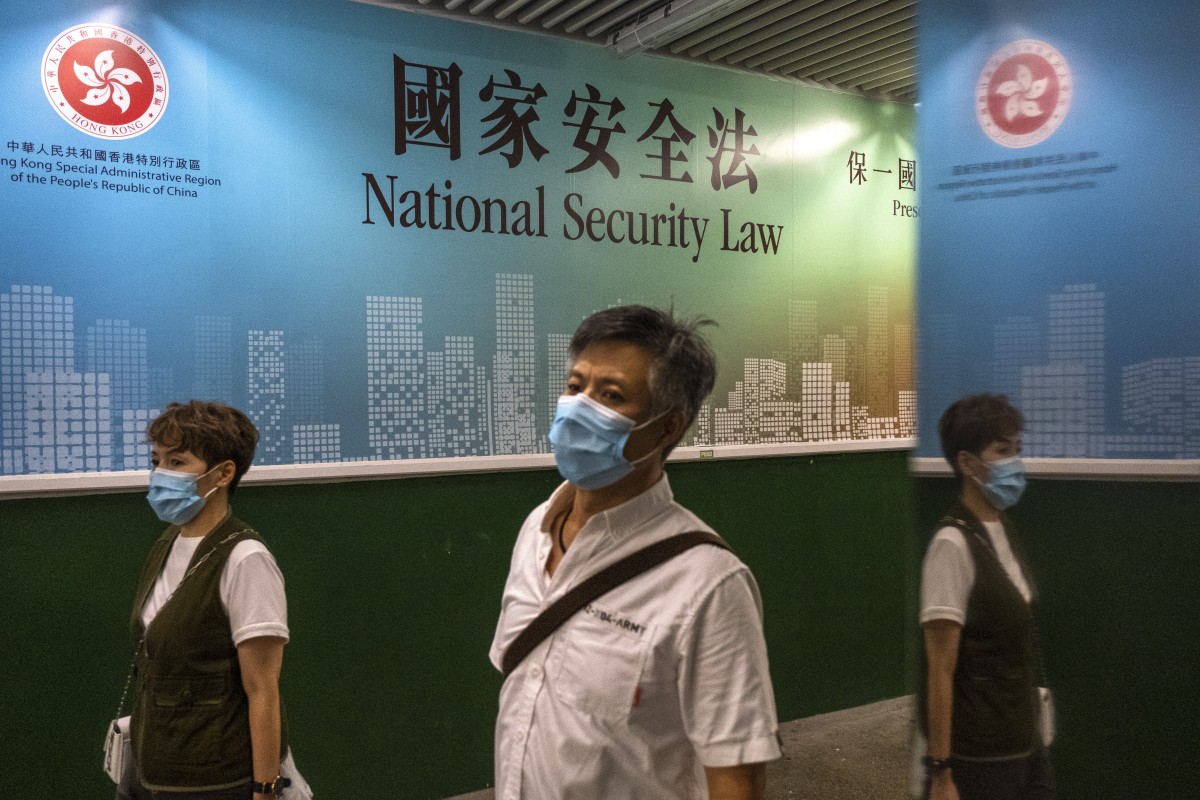 China is braced for possible financial sanctions from the United States over the Hong Kong national security law, but still hopes to ease tensions with Washington, according to a source close to China’s financial authority.

“The Chinese mainland and Hong Kong financial authorities certainly have prearranged plans. We won’t allow others to threaten or make trouble freely,” the source, who declined to be identified due to the sensitivity of the topic, told the South China Morning Post.

The official did not elaborate on China’s possible responses after the controversial national security law was adopted by Hong Kong law on Tuesday evening amid international outcry.

Many of the measures Washington could take would damage only Hong Kong and its own business interests, according to Louis Kuijs, the head of Asia research for Oxford Economics, but would not necessarily change the trajectory of China’s economic growth.

An editorial on Friday by the Global Times, the tabloid affiliated with the official People’s Daily, warned that China will “play to the end” regardless of any US financial sanctions.

“The US is just threatening to use sanctions that will also hurt itself,” read the editorial. “If the US abuses its hegemony to impose sanctions on a large economy like China, it will also be the death knell for its financial hegemony.

“China’s economic achievements came from the hard work of Chinese people and the advantage of Hong Kong for being a window for China won’t be changed … the future of Hong Kong will ultimately be determined by China, not the United States.”

On Thursday, US lawmakers passed legislation that would require mandatory sanctions against foreign individuals and banks over the erosion of Hong Kong autonomy.

Hong Kong Autonomy Act into law in coming days, and once signed, the US State and Treasury departments will determine which individuals will be targeted for sanctions.

China would be in a disadvantaged position in any financial war with the US because of its reliance on the US dollar, the global anchor currency for its international transactions.

But at the same time, China could, in theory, retaliate by selling its more than US$1 trillion of US government securities, although this is considered unlikely given the financial pain it would inflect on China itself.

China authorities are well aware of their vulnerability caused by their reliance on the US dollar, noting how the US has already used access to the international US dollar payments system to punish Russia and Iran.

“Such things have already happened to many Russian businesses and financial institutions. We have to make preparations early – real preparations, not just psychological preparations,” Fang Xinghai, a vice-chairman at the China Securities Regulatory Commission, said in a recent speech.

But even as it prepares for US financial punishment, Beijing is making efforts to maintain normal trade and economic relations with Washington.

China has said that it remains committed to the phase one trade deal signed with the US in January, under which it agreed to buy an additional US$200 billion American goods and services over two years compared to 2017 levels.

However, China’s purchases to date are well below the levels laid out by the agreement.