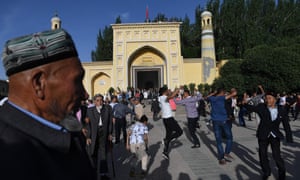 China is attempting to use journalists from non-English speaking countries to promote its policies beyond its borders in a concerted new push for influence, a report by the International Federation of Journalists (IFJ) has found.

A survey of journalist unions across 58 countries found that through study tours, control of media infrastructure, and the provision of pro-Beijing content, China is “running an extensive and sophisticated long-term outreach campaign … [in] a strategic, long-term effort to reshape the global news landscape with a China-friendly global narrative”.

The IFJ report, The China Story: reshaping the world’s media, argues Beijing is also seeking to build control over messaging infrastructure – effectively the channels by which countries receive news – through foreign media acquisitions and large-scale telecommunications ventures. The report found the decade-long campaign “seems to be escalating”.

The survey, carried out in September and October 2019, asked journalism unions from 58 countries on whether they have received overtures from Beijing. This included questions about sponsored trips, content-sharing agreements and approaches to sign bilateral agreements with Chinese bodies.

The research found Beijing increasingly relies upon non-Chinese journalists, especially from developing countries, to amplify its own talking points.

“Beijing’s strategy whereby state-approved propaganda is diffused into existing systems is known as ‘borrowing a boat to reach the ocean’,” the report said.

One example has been a recent attempt by Beijing to push back against western narratives of human rights abuses in the political indoctrination camps in the far western province of Xinjiang, where Beijing is holding up to one million members of the Uighur minority, according to United Nations estimates.

Beijing has taken several groups of journalists from Muslim countries to the camps to win international support for its hardline strategy of combating what it says is religious extremism.

China is not the only country that seeks to influence foreign journalists. Many others, including the US and Israel, run government-sponsored journalistic study tours of their countries, seeking to promote their positions and global points of view. And global arms of state-funded media organisations or national broadcasters – such as Voice of America and the BBC World Service – are seen as effective instruments of ‘soft power’ and influence.

Report author Louisa Lim told the Guardian China’s efforts were often more comprehensive and were specifically targeted to each country, in particular, towards small and developing nations.

“It’s true other countries have done this every effectively. One difference, I would say, is the way journalists who go on these tours are being used domestically, by, for instance, going on tours of Xinjiang, that is used try and show international support for China’s policies.

“Also journalists are sometimes asked to sign agreements before they leave, and told not to write critical stories. There is also an element of monitoring, with officials, translators always present.”

“The message is not don’t go on these tours, but know what they are. If you have an opportunity to meet senior officials, use them to hold to account.”

The Guardian has sought comment from the Chinese embassy in Australia, sending a detailed list of questions to the embassy. It has not received a response.

Media control and influence has become a critical diplomatic controversy between, in particular, the US and China. This week, the US state department announced that Chinese state-run media organisations China Central Television, China News Service, the People’s Daily, and the Global Times would be designated in the US as foreign missions.

In response, China’s foreign ministry spokesperson Zhao Lijian said the US decision was “proof of blatant political oppression by the US on Chinese media”.

“We strongly urge the US to reject the cold war mindset and ideological bias, and to immediately stop and redress such wrongdoing that hurts others and itself, ” he said.

China has also been refusing to renew the visas of US journalists working in the country.

The IFJ research found Beijing has prioritised journalists from countries involved in its massive infrastructural project, the Belt and Road Initiative (BRI).

In the Philippines a number of journalists received training in China after the President’s Communications Operation Office signed a memorandum of understanding with China’s National Radio and Television Administration.

One Filipino journalist – who asked to remain anonymous – noted the subsequent impact on their news output. “The way they write their stories now, they reflect the way Xinhua – or the state media in China – is writing their stories. It’s normally propaganda.”