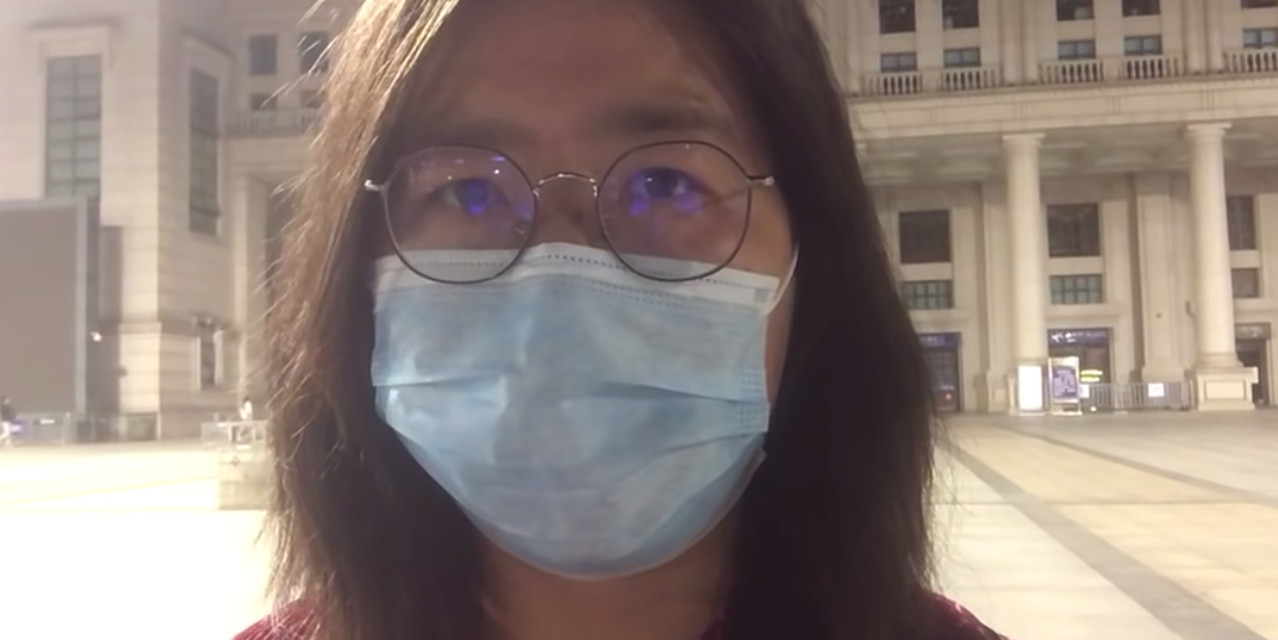 According to Chinese news reports and online posts, Shanghai-based citizen journalist Zhang Zhan (张展), who was arrested in May after posting a video criticizing the government’s epidemic response measures, was formally charged last Friday with the crime of “picking quarrels and provoking trouble” (寻衅滋事罪). This is a criminal charge often used in China against activists, dissidents and writers. Zhang is reportedly being held in the Pudong New District Detention Center (浦东新区看守所).

Sometime around February 1 this year, after the outbreak in Wuhan became public knowledge in China, Zhang travelled to Wuhan from Shanghai to report on the crisis. She filed a number stories through WeChat, YouTube and Twitter before becoming the fourth citizen journalist detained in Wuhan by authorities – following journalists Chen Qiushi (陈秋实), Fang Bin (方斌) and Li Zehua (李泽华).

Back in February, CMP documented and translated a speech Li Zehua gave to local police outside the door of the apartment where he was staying before turning himself in. “I’m not willing to disguise my voice, nor am I willing to shut my eyes and close my ears,” he said.