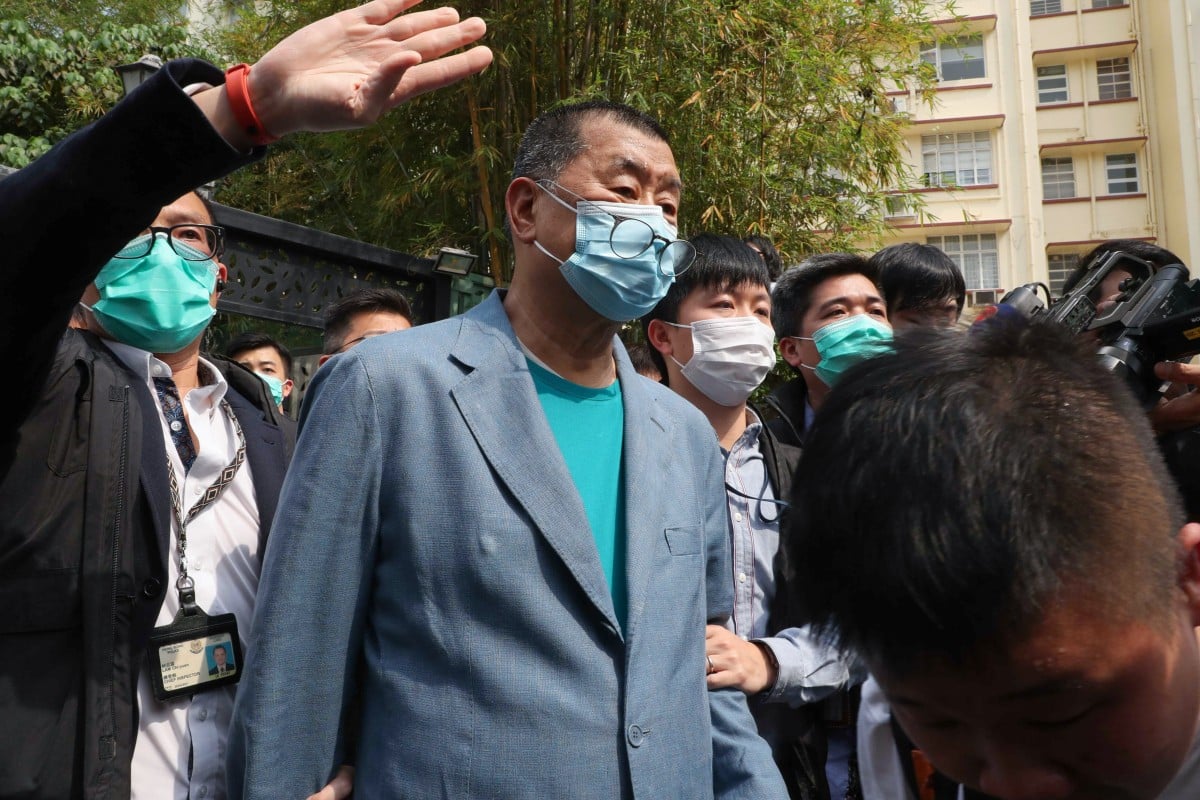 Apple Daily founder Jimmy Lai being escorted out of his home by officers. Photo: Edmond So

Officers earlier showed up at the home of the Apple Daily founder, but he was not in at the time. He returned in the afternoon and was arrested at 2.50pm. He was accused of organising and participating in unlawful marches on August 18 and October 1 from Causeway Bay to Chater Road in Central.

Police also entered and searched his place under a warrant. 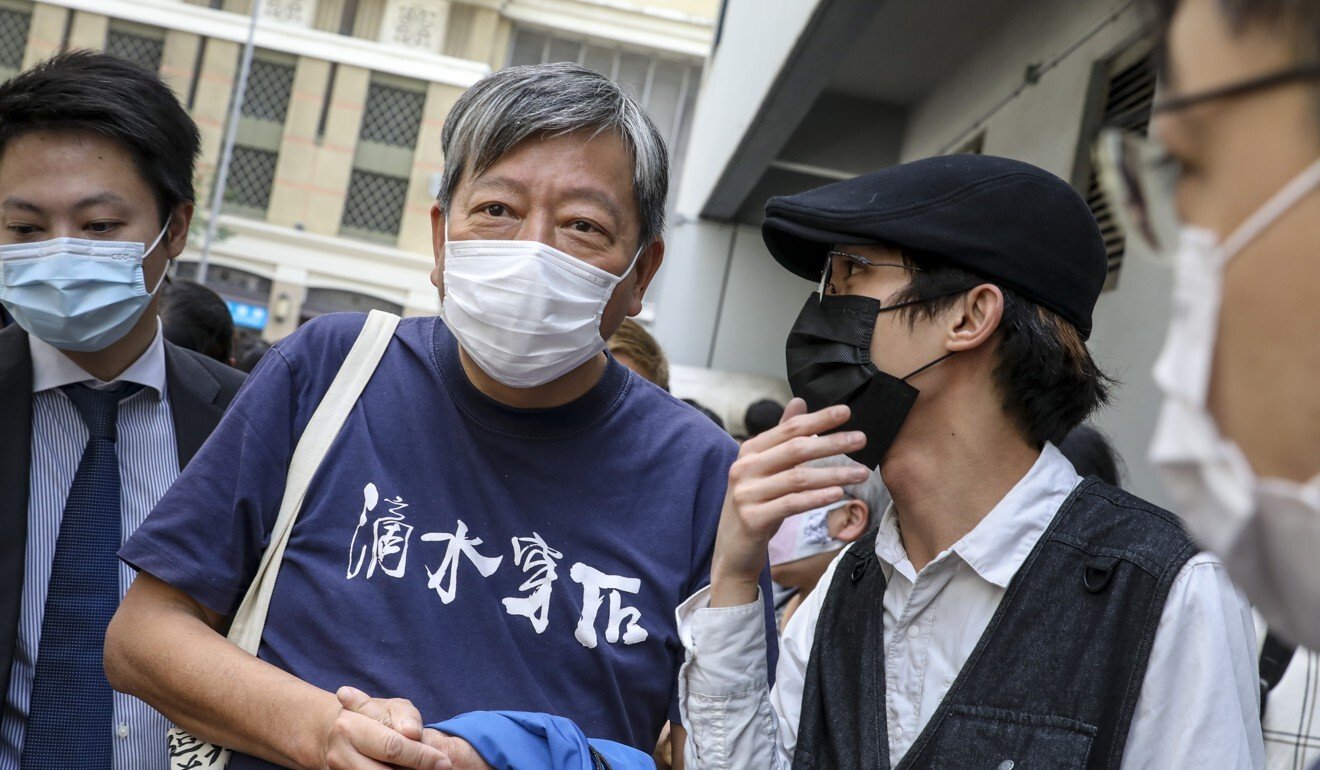 They were detained over organising and joining unlawful assemblies on August 18, October 1 or October 20 last year. The suspects were taken to several police stations.

Police also showed up at the home of former legal sector lawmaker Margaret Ng Ngoi-yee. She later reported to Central Police Station and was arrested there. She was involved in the August 18 rally.

Superintendent Lam Wing-ho of the Hong Kong Island regional crime squad said five among the 14 were separately involved in unauthorised marches on September 30 and October 19.

They will be brought to Eastern Magistrates’ Courts on May 18.

“Police operations are still ongoing, and we do not rule out more arrests,” Lam said, without commenting on why the group was singled out. 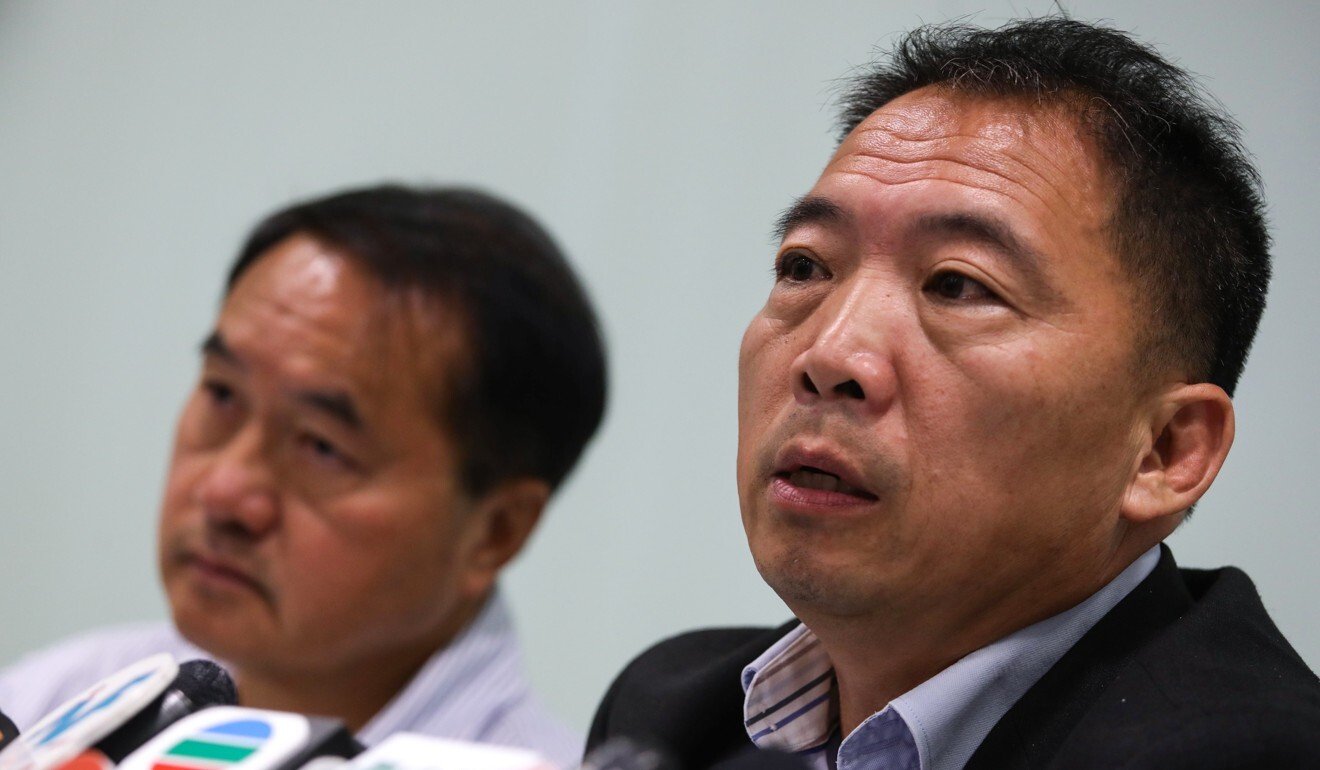 The Democratic Party’s Wu Chi-wai (right) has accused police of acting on criticism from Beijing. Photo: May Tse

At the Legislative Council, opposition lawmakers accused police of acting on recent criticism of the bloc from Beijing’s liaison office.

Democratic Party chairman Wu Chi-wai said the arrests were intended to silence dissent, but he vowed the pan-democrats would resist and fight back.

“The timing is too much of a coincidence. In the past week, the liaison office, the Hong Kong and Macau Affairs Office, officials and political veterans have criticised us and warned us about national security issues,” he said.

Council Front lawmaker Claudia Mo Man-ching accused the government and police of “playing along with a script written by Beijing”.

The pro-establishment camp insisted there was nothing to suggest that the police action was political.

Urging against “overreaction”, lawmaker Regina Ip Lau Suk-yee, a former security secretary, said every resident was equal before the law. “Whether you are a celebrity, media boss, lawmaker or former lawmaker, there is no privilege or immunity.”

Pro-Beijing lawmaker Leung Che-cheung said the force was only doing its job under the law, adding: “There are systems and laws in place in Hong Kong.” In February, Lai, Lee Cheuk-yan and Yeung Sum were charged with taking part in an unauthorised assembly on August 31, as part of the months-long protest movement sparked by the now-withdrawn extradition bill.

Lai also faced another count of intimidating a reporter from rival Oriental Daily newspaper in 2017. 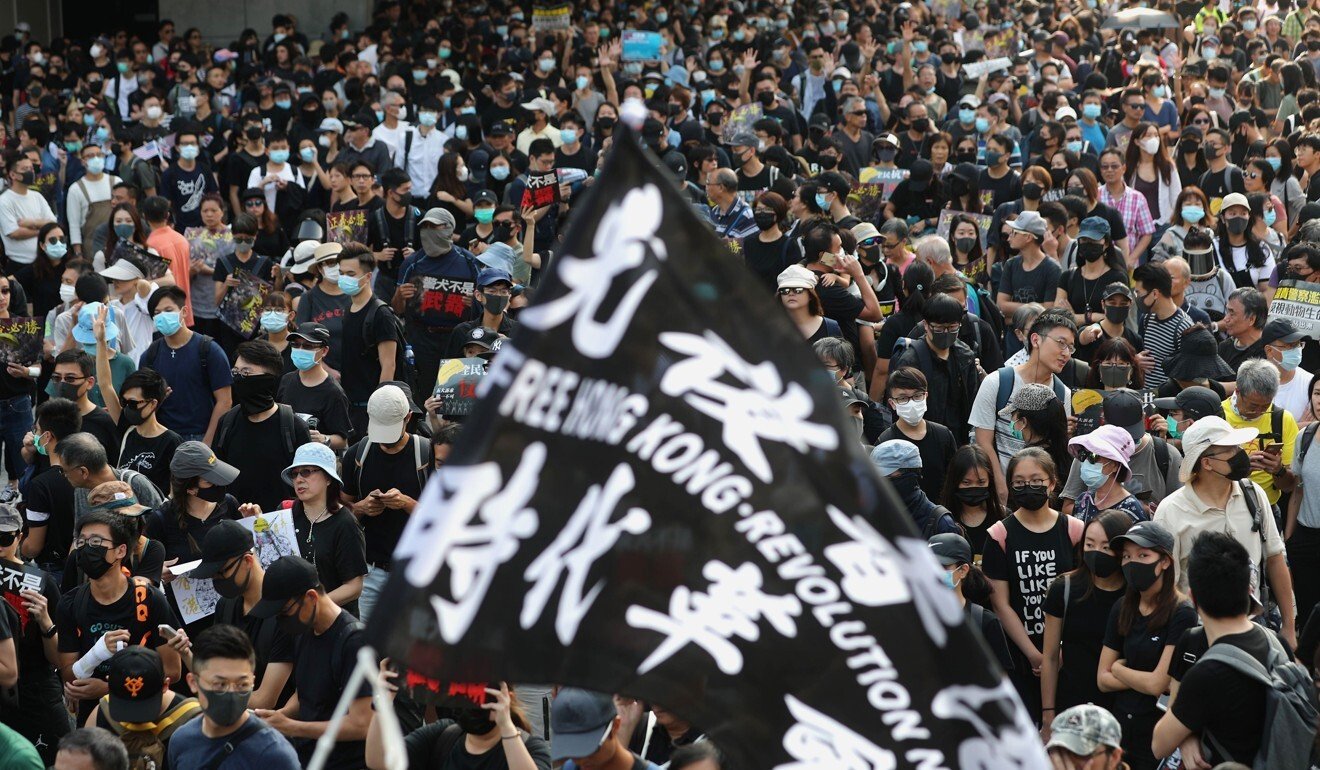 Police last year banned all three marches organised by the Civil Human Rights Front on August 18, October 1 and October 20, although a gathering at Victoria Park was approved on August 18. The front, a key organiser in events for the movement, has demanded for an independent inquiry into police’s actions, and called for electoral reforms.

The lawful gathering on August 18 turned into a march, after pro-democracy veterans led crowds onto the streets of Hong Kong Island. The front claimed more than 1.7 million people took part that day, while police put the estimate at 128,000. 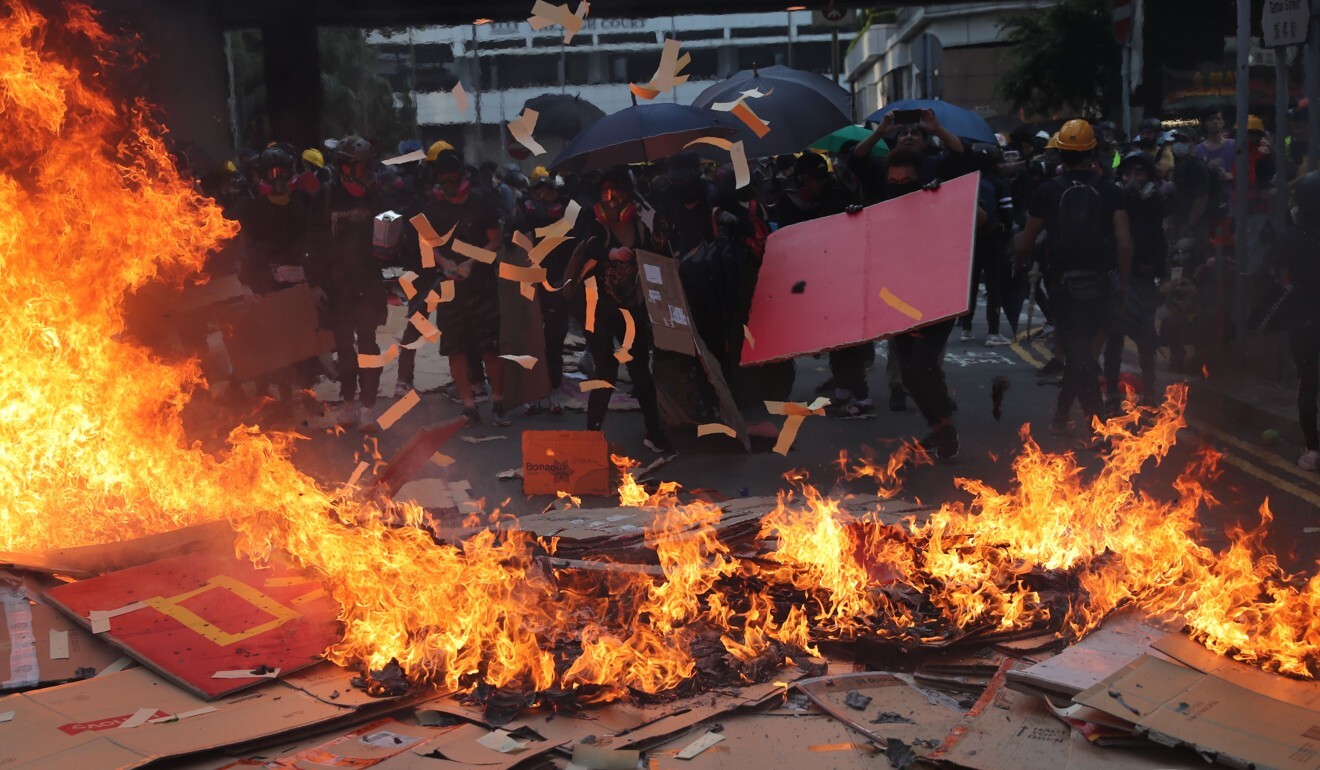 Police arrested 285 suspects over the October 1 protests, and 88 on October 20. No arrests were made over the August 18 march.