Source: SCMP (3/23/20)
China’s Wolf Warrior diplomats battle on Twitter for control of coronavirus narrative
Donald Trump’s favourite social media platform is the latest arena for back-and-forth blame game between US and China. The real audience for strident Chinese diplomacy is probably at home, in an effort to fuel nationalist sentiment, analysts say
By Sarah Zheng 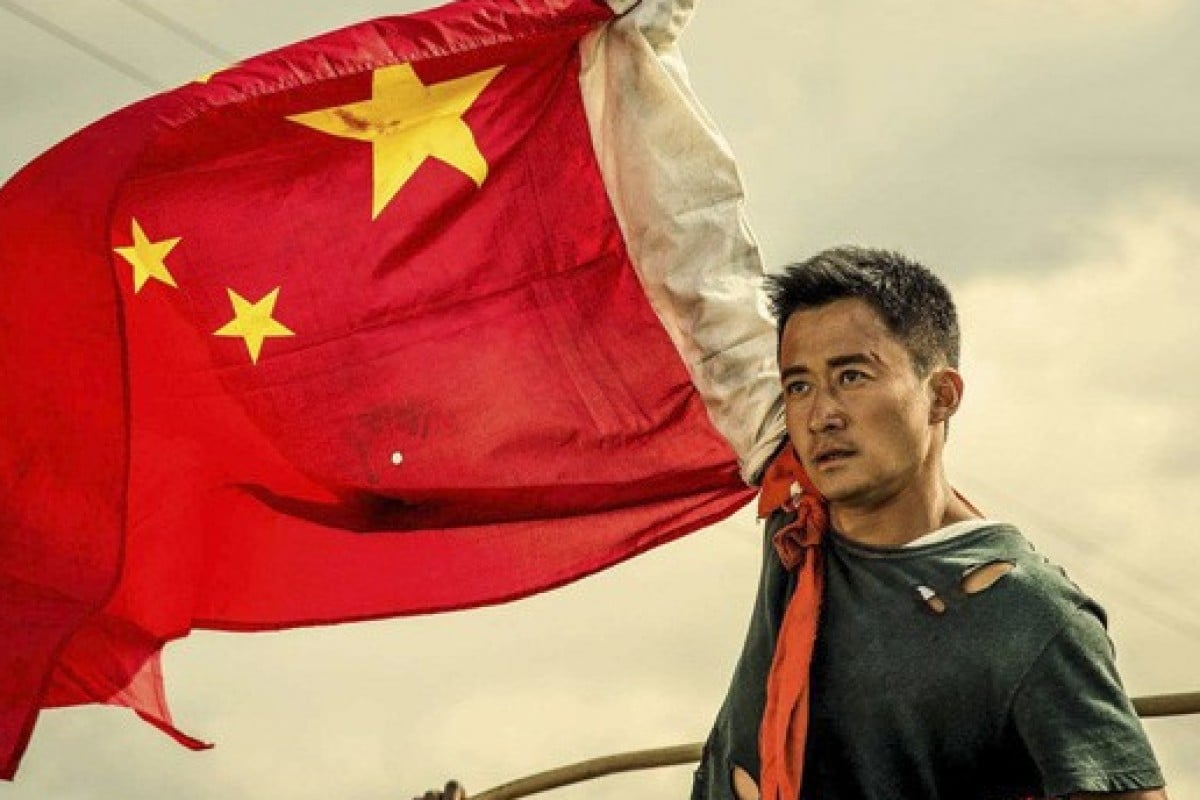 Actor Wu Jing as the Wolf Warrior, title character in a Chinese film of the same name, which is also being used to describe the aggressive diplomats trying to change the narrative on China’s handling of the coronavirus pandemic. Photo: Handout

Chinese diplomats are taking an increasingly strident tone on US President Donald Trump’s favourite battleground Twitter, as Beijing works to shift the narrative away from its handling of the coronavirus outbreak, which was first reported in central China last year.

Chinese state-run media outlets and at least 115 identifiable Twitter accounts belonging to diplomats, embassies and consulates have been ramping up what some have described as a “Wolf Warrior” style of diplomacy – after a 2015 patriotic film, and its 2017 sequel, of the same name.

Chinese diplomats have been particularly aggressive on Twitter, with many joining the platform last year, amplifying Beijing’s efforts to contain the epidemic, its aid and support to other countries, and heavily criticising the US for its response to the pandemic.

“China has been updating the US on the coronavirus and its response since Jan. 3,” China’s foreign ministry spokeswoman Hua Chunying tweeted on Thursday. “And now blame China for delay? Seriously?”

The back-and-forth blame game on Twitter between China and the US has taken their strategic rivalry into a new arena, with analysts noting the growing online combativeness of Chinese diplomats – deputy foreign ministry spokesman Zhao Lijian went as far as promoting a conspiracy theory that the disease originated in the US.

Zhao, who has amassed more than 430,000 followers on Twitter, has been seen as the face of Beijing’s more belligerent diplomatic approach. He has tweeted more than 58,000 times, including his repeating of fringe claims about the US Army bringing the coronavirus to China.

Trump referred to the tweets on Wednesday, saying that he called the coronavirus the “Chinese virus” despite criticism it would encourage racism and xenophobia in the US, since “China tried to say at one point, maybe they stopped, that it was caused by American soldiers. That can’t happen … It comes from China.”

Morgan Ortagus, spokeswoman for the US State Department, said in a tweet on Friday that Chinese authorities had already ordered Covid-19 virus samples destroyed – also without providing proof.

Hua, the foreign ministry spokeswoman, fired off five more tweets on Saturday evening in response to Ortagus, with messages including “Lying and slander won’t make the US great” and “Scapegoating China won’t help”.

Beijing’s Twitter apparatus has pushed back collectively on the “Chinese virus” label. State news agency Xinhua on Friday tweeted that the virus should be called the “Trump Pandemic” in the US. Chinese ambassador to the Netherlands Xu Hong tweeted: “What Trump said is groundless and full of racism, totally ignored the great effort and sacrifice made by Chinese people!”

Ambassador Xu Hong@PRCAmbNL: “What Trump said is groundless and full of racism, totally ignored the great effort and sacrifice made by Chinese people! This is political virus to international solidarity and cooperation in fighting # COVID19.”

Observers say the antagonistic tone has been ineffective in changing the narrative among international audiences, but does serve to fuel nationalism in China, where the platform is blocked. An estimated 10 per cent of mainland internet users – mostly, rich, educated and urban – are able to bypass controls and access Twitter, and the spats are also reported in state media outlets.

“Indeed, this is just the state propaganda apparatus extending to Western social media platforms,” Yuan Zeng, a media lecturer at the University of Leeds, said.

“But having Chinese diplomats combating face-to-face with Western peers or the public can stir up nationalistic fever among the public at home, which, to a certain extent, might also help divert attention away from thorny issues for the government, such as [the whistle-blower doctor] Li Wenliang, cover-up [of the outbreak], etc.”

The targeted criticism of the US has made Twitter the latest front in a series of clashes between the two powers – from trade and technology to ideology and the battle for influence across the world.

But analysts say the effectiveness of Beijing’s messaging is muted for international audiences, such as those in the US, with the tweets by Chinese diplomats likely aimed more at the domestic audience and overseas Chinese.

“Given that China’s Twitter users are much richer, better educated and more urban than average, this is a group the [Chinese Communist Party] CCP is keen to ensure stays content,” he said.

Ardi Bouwers, media specialist at consulting firm China Circle in the Netherlands, said many of the Chinese diplomats’ tweets – trying to change the story away from China’s responsibility to how it is helping the world – seemed “tone-deaf” to European and US audiences now grappling with the pandemic.

Bouwers said it was likely the diplomats recognised that their more belligerent tweets could be helpful for their own careers, with the more outspoken individuals, including Zhao, apparently not told to “lower their volume”.

And, while the aggressive Chinese Twitter presence mirrored the social media push at the height of Hong Kong’s anti-government protests last year, the consequences of the epidemic-themed Twitter spats were greater, she said.

“It may be that the severity and the sharpness may be the same but the fact that it is now targeting the US and the US president, makes it more far-reaching,” Bouwers said.

“I would like to say that all of this is just Twitter and it’s OK, but looking at how the antes are upped almost every time I see something, it looks like it could spin out of control.”