Source: NYT (3/19/20)
Virus Hits Europe Harder Than China. Is That the Price of an Open Society?
阅读简体中文版 | 閱讀繁體中文版
The epidemic is now bigger in Europe, where governments aren’t used to giving harsh orders, and citizens aren’t used to following them.
By Richard Pérez-Peña 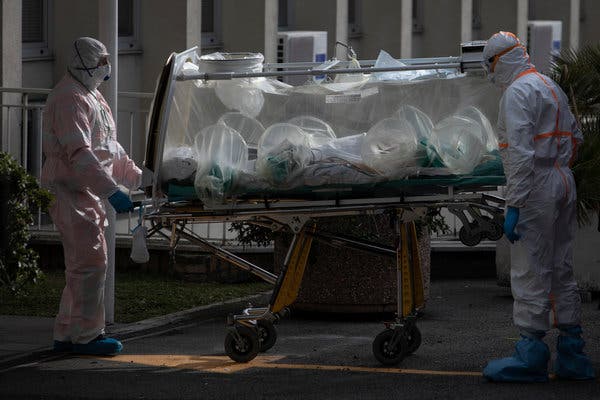 The macabre milestones keep coming. By Wednesday, Europe had recorded more coronavirus cases and fatalities than China. On Thursday, Italy — by itself — passed China in reported deaths.

While China claims to have lowered its rate of new cases essentially to zero, Europe’s numbers grow faster each day — about 100,000 confirmed infections and 5,000 deaths in all so far — suggesting that the worst is yet to come.

So how is it that the new disease, Covid-19, has hit harder in Europe, which had weeks of warning that the epidemic was coming, than in China, where the virus originated and where there are twice as many people?

To some extent, experts say, Europeans are paying a price for living in open, affluent democracies, where people are used to free movement, easy travel and independent decision-making, and where governments worry about public opinion. Governments aren’t used to giving harsh orders, and citizens aren’t used to following them.

But China acted with a severity and breadth that stunned the West, making unpopular moves and accepting deep economic damage as the price of containing the disease. It closed off tens of millions of people, prohibiting them from leaving their cities and even their homes, except to get food and medical care, and it imposed lesser restrictions on hundreds of millions, shutting down whole industries in the process.

“China has been willing to go to pretty extraordinary lengths, using the army, using the police, locking people in their homes, using drone technology to monitor behavior, setting up roadblocks,” said Dr. Arthur L. Reingold, head of the epidemiology division at the public health school of the University of California, Berkeley. 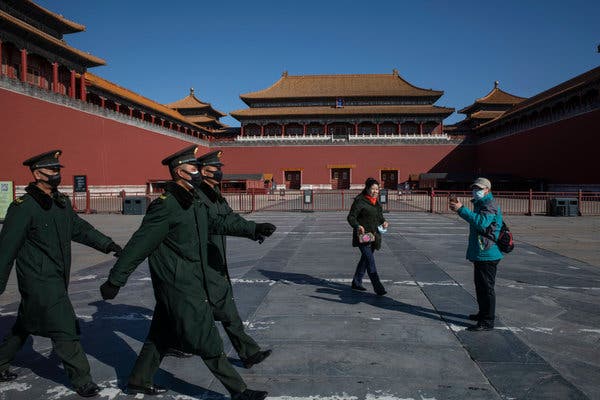 “Whatever measures have been put in place in Europe really have only been put in place recently, and frankly, and none of them has been as draconian and all-encompassing as what was done in Wuhan,” Dr. Reingold said.

The consistency and reliability of the numbers from China and some other countries have been questioned, but the overall situation and its direction are clear. While China stumbled in the early going — local and regional officials attempted to censor any talk of an outbreak, and medical gear was in critically short supply — it then addressed the crisis seriously.

The coercive power of an authoritarian government was only one factor. Speed and aggressive action have been essential, and some East Asian governments have used an assertive combination of widespread testing, quarantines for the sick and the quick tracking of their contacts to contain the outbreak without shutting down the economy.

“They saw what SARS did” in 2003 and 2004, “and they prepared for the next one,” said Thomas R. Frieden, a former director of the United States Centers for Disease Control and Prevention.

While China lost precious weeks in the beginning, it then moved faster and more decisively than Western countries have.

China imposed its first big lockdown, of Wuhan and other cities, on Jan. 23, less than a month after local officials there conceded that they were facing a new pathogen, and barely two weeks after the virus was identified. When Wuhan was closed off, there were fewer than 600 confirmed infections worldwide, though testing had barely begun.

“China may have acted late. I have reservations about some measures they implemented, but they controlled the epidemic,” Francois Balloux, an epidemiologist at University College London, wrote on Twitter on Thursday. “Doing so, they gave the world a window of opportunity to prepare, which was squandered.”

Europe’s first effort to rope off a broad area — Italy’s much less stringently enforced isolation of the northern region that includes Milan — took effect on March 8, when the country had reported more than 7,300 cases. Spain and France had similar caseloads the following week, when they chose to ban most public outings nationwide. 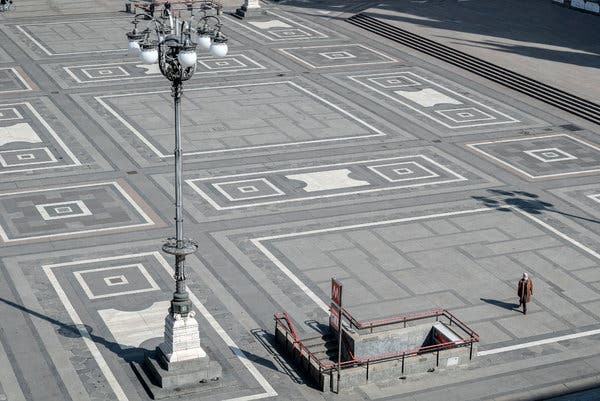 An almost empty plaza in Milan on Thursday.Credit…Alessandro Grassani for The New York Times

Some parts of East Asia acted quickly, but with a very different strategy than China’s or Europe’s: aggressive testing and contact-tracing to stop the chain of transmission, without shutting down economic activity.

As a result, Singapore, Taiwan and Hong Kong have had few cases, and South Korea, which has tested more than 200,000 people, has brought a large outbreak under control.

“South Korea showed to the world that it can allow curtailing a pandemic with limited infringements to individual freedom and disruption to the economy and the fabric of society,” Dr. Balloux wrote.

But that strategy, Dr. Reingold said, is “a herculean undertaking, very resource-intensive” — and one that the United States, in particular, could not replicate. “There’s still a long way to go before testing is readily available here,” he said.

Epidemiologists also say that wide-scale testing and contact-tracing, like social distancing, work best in containing an outbreak when they are used before the contagion is spreading out of control.

Put another way, the best response to a serious outbreak is the one that will draw accusations, at first, that the government is overreacting. But experts say it is often impossible to know at the outset which outbreaks are serious.

If Italy’s lockdown measures are effective at preventing new infections, it will not become evident in the numbers for a few more days, at least, experts say. In other countries, which took those measures later, the benefit will show up later.

At its peak in early February, China reported 3,000 to 4,000 new confirmed infections per day. Italy is now adding cases faster than that, and Europe’s caseload grows by well over 10,000 daily.

On Thursday, Italy reported about 41,000 infections and 3,400 deaths. The country’s caseload could double by the end of March and pass China’s official tally, experts say, and other countries might follow.