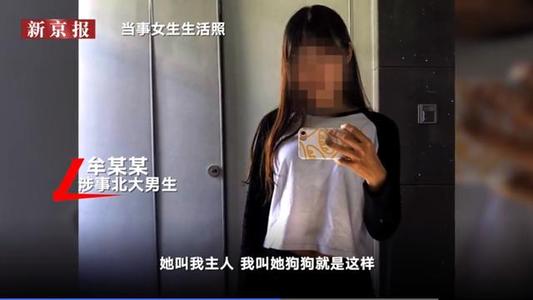 A report earlier this month by Southern Weekly (南方周末) has generated intense debate in China about emotional abuse and sexism — and has also sparked lively discussion of journalism standards.

The original report in what is now being referred to in shorthand as the “Bao Li suicide incident” (包丽自杀事件) was called “The Death of a Female Peking University Student” (北大女生之死). Published through Southern Weekly’s WeChat public account on December 12, the article, written by journalist Chai Huiqun (柴会群), chronicled the alleged emotional abuse of a third-year female student at the Peking University Law School, identified as Bao Li (包丽) — this being a pseudonym used to protect the victim’s name — by her boyfriend, a fourth-year student in the School of Government at Peking University surnamed Mou (牟).

According to Chai’s story, Bao was driven to suicide in October by allegedly demeaning treatment from Mou, much of it through chats on the social media platform WeChat. Bao’s parents discovered her exchanges with Mou after recovering her mobile phone from police on November 7.

The messages between Bao and Mou appear to trace a pattern of emotional abuse, with Mou voicing anger and disappointment over the fact that Bao was no longer a virgin. The original Southern Weekly report included screenshots of some of the exchanges, and excerpts of others.

Chai Huiqun reports in his story that when he reached out to Mou to ask whether he and his girlfriend had a conflict over the question of her virginity, he responded that, “It is inconvenient to say.”

Chai’s report, which has since been removed from the internet (but is archived here by China Digital Times), was full of terms like “virgin complex” (处女情结) and “moral harassment” (精神暴力) that have sparked discussion online about abuse, sexism, gaslighting, consent and other issues. But on the evening of December 12, shortly after Chai’s post was published, Lifeweekly (三联生活周刊), a news and lifestyle magazine launched in 1994, waded into the “Bao Li suicide incident” by accusing Southern Weekly of poor professional journalism standards.

In a response post on its WeChat public account (有罪推定？ — — 为什么我们不这么报道“不寒而栗”的新闻), the magazine accused Southern Weekly of “presuming guilt,” and said it had been too cavalier in its reporting. According to Lifeweekly’s view, the Southern Weekly report contained a number of serious problems. It had not been sufficiently “fair and objective” (公正客观); it had not taken care in the protection of personal privacy; it had not been balanced in its reporting (没有做到报道的平衡), seeking other sides of the story; and it had been reckless in reporting in detail the nature of the Bao Li’s suicide.

Some journalists countered, however, that if Lifeweekly took issue with the accuracy of the Southern Weekly story, the proper response was to do a comprehensive report of their own to set the record straight. Many saw the Southern Weekly report as courageously tackling a difficult and sensitive issue, particularly in a press environment much less conducive in recent years to substantive reporting at all.

The Southern Weekly report certainly brought the death of Bao Li (包丽) into the public light, resulting in follow-up reports from (红星新闻), a news outlet in Chengdu, and other media, including reporting that the male student had not, as previously reported, entered Peking University with exchange student status despite graduating from a Beijing high school. Matters, the Hong Kong-based news outlet by Initium founder and former editor-in-chief Zhang Jieping (张洁平), has also run an in-depth commentary on the case, a piece clearly critical of Mou.

Censorship of discussion of the “Bao Li suicide incident” seems to be patchy and inconsistent. As previously stated, the original report has been removed. A chat thread on the incident at the popular question-and-answer site Zhihu first comes up with a notice saying the link has been disabled, before resolving into a chain of posts dated up to December 16.

Visiting a link through Google for the “Bao Li suicide incident” as discussed on Zhihu, visitors first get a “this response has been deleted” message before the page settles into comments up to December 16.

A December 16 report from The Beijing News is also still available today. That report says that the original report, based largely on the chat history, generated “massive ripples” (巨大震动).