Source: SCMP (11/5/19)
The Bookworm, a centre of literary life in Beijing, to close, unable to renew its lease amid crackdown on ‘illegal structures’
A cafe, a community centre, a place for lively discussion and for authors to meet their readers, The Bookworm has survived for 17 years in the Chinese capital. Co-founder says it is a victim of clean-up by city planners, and won’t speculate on a political motive; patrons take to social media to voice their sadness.
By Elaine Yau 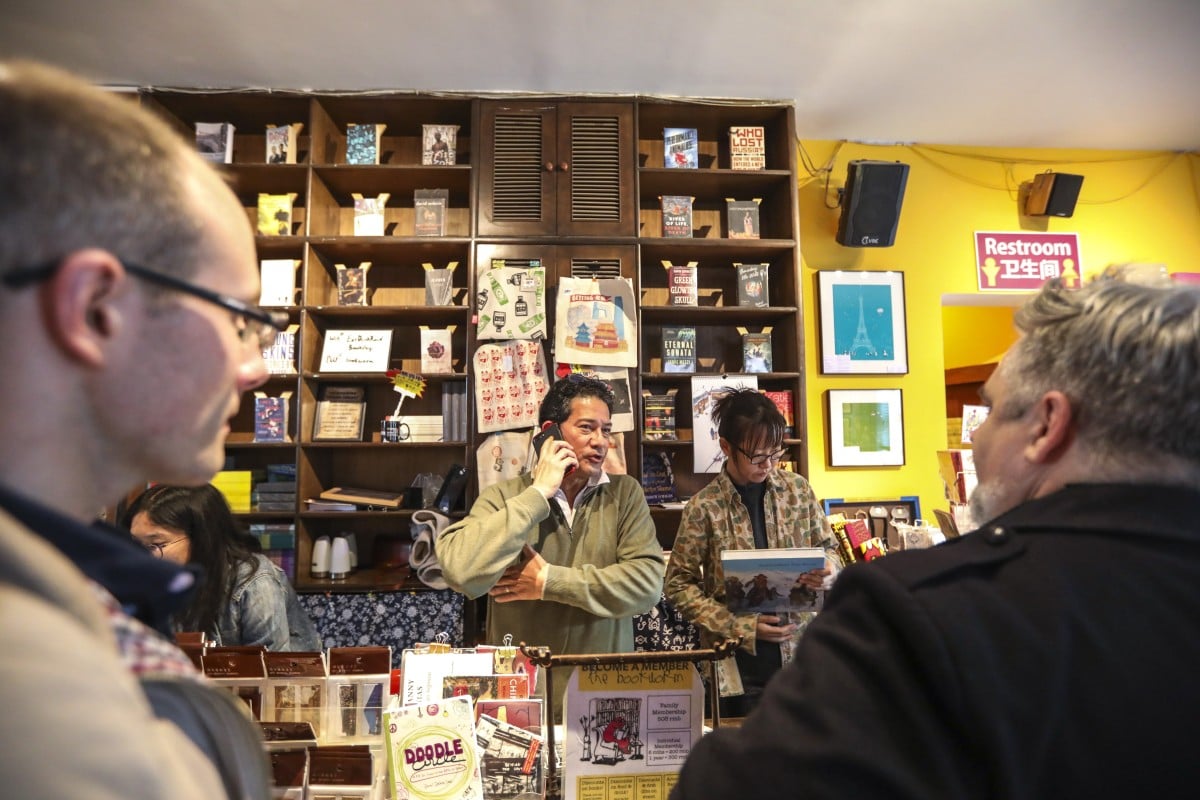 David Cantalupo, co-founder of The Bookworm, takes a phone call at the bookstore in Beijing on Tuesday as customers look on. The store, a cornerstone of the expatriate literary community in the Chinese capital, announced it would close on November 11 having been unable to renew its lease. Photo: Simon Song

Book lovers in Beijing have been left saddened by the impending closure of a cornerstone of the city’s expatriate community.

The Bookworm, a bookshop in the shopping hub of Sanlitun that is beloved by expatriates and locals alike, announced on Tuesday that it would close on November 11.

Its general manager, David Cantalupo, told the Post he was very sad that they had been unable to secure an extension on their lease.

“[The Bookworm forms] an important part of Beijing and my life. We hoped that we could get an extension [of the lease]. So we haven’t really looked that much yet at other places. We need started doing that now,” he said. 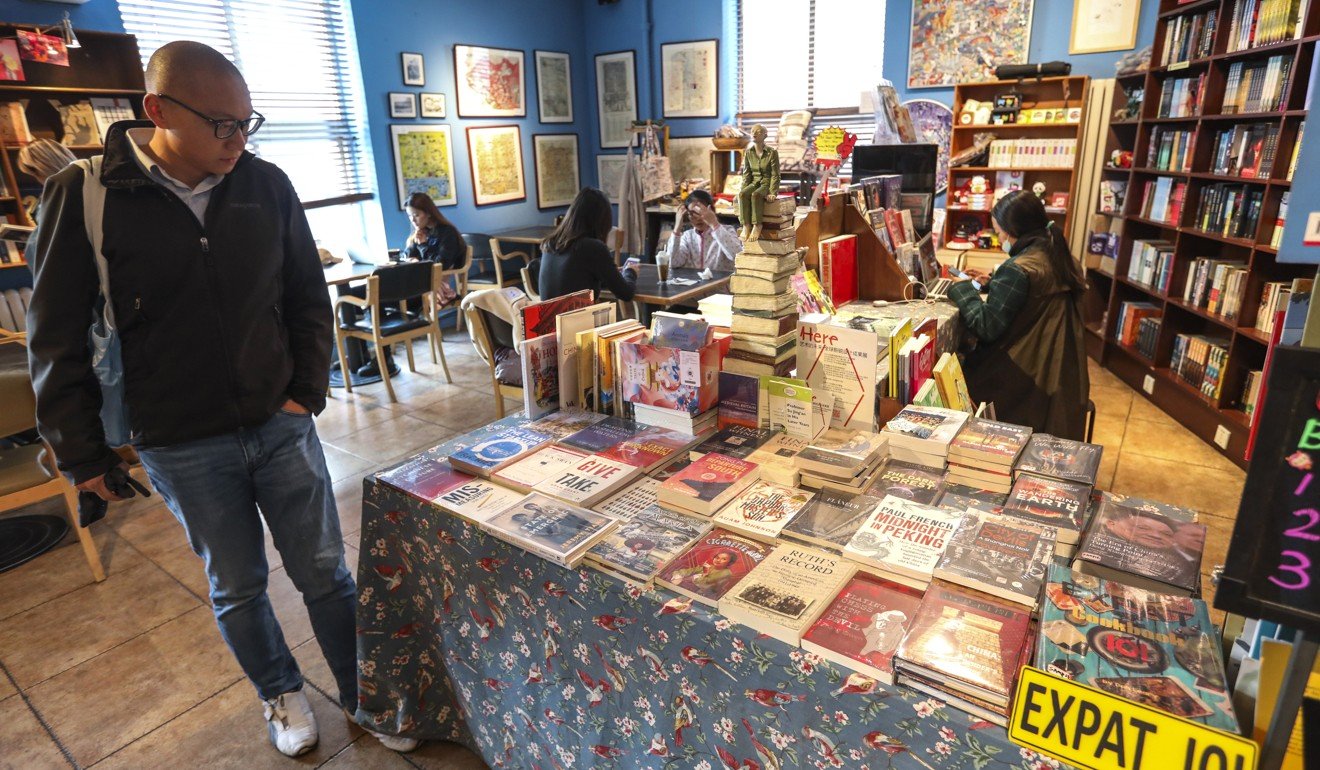 Founded in Sanlitun Beilu in 2002 as a small library where customers could buy books at discounted prices, The Bookworm moved to its current location at Courtyard 4 in Sanlitun in 2005. It later opened a branch in Chengdu, a city in southwest China, in 2006 and another in Suzhou, eastern China, in 2007. The Chengdu and Suzhou outlets closed in the past two years because of poor sales.

The Bookworm grew into a hip hang-out for book lovers, who come for its cafe, film screenings and book talks by authors from around the world. Held annually since 2006, its Literary Festival attracted local and overseas writers. 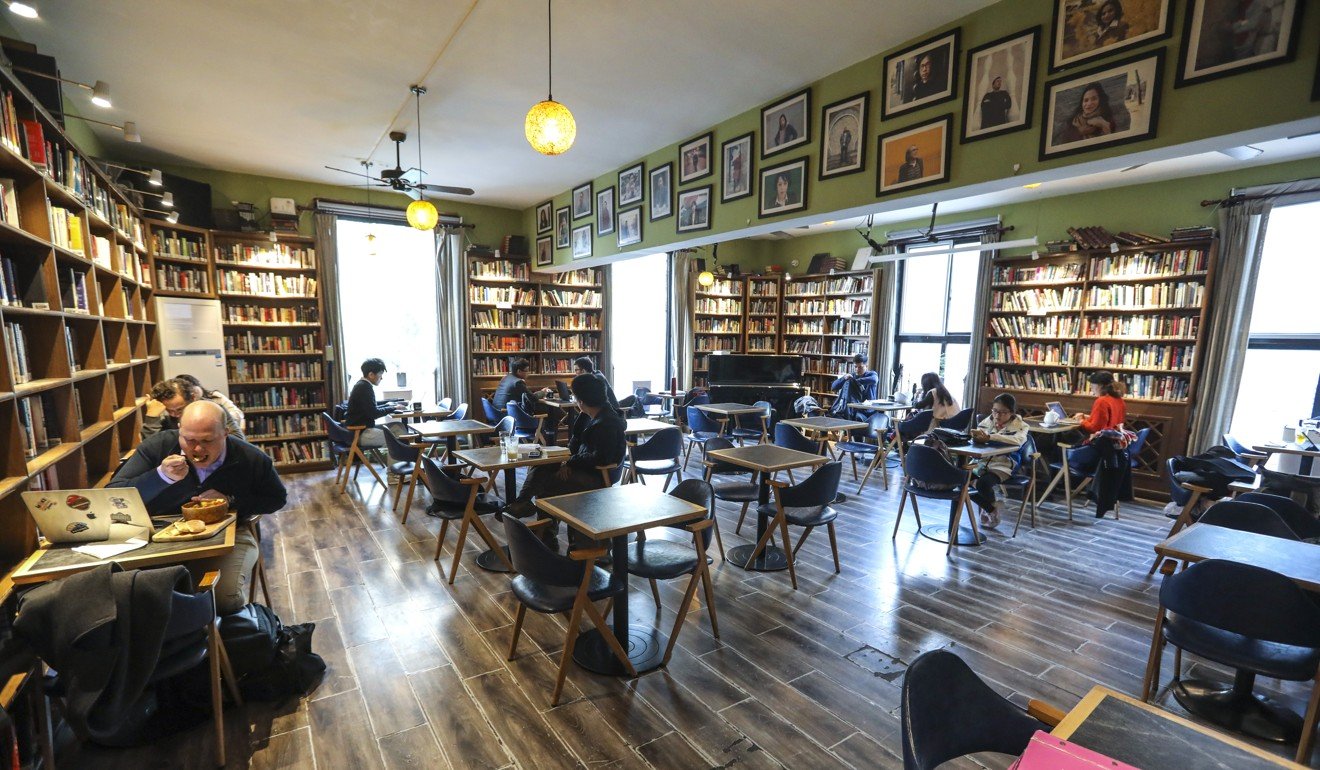 After 17 years in business, 14 of them at its current location, The Bookworm will close on Monday. Its investors will look for new premises. Photo: Simon Song

Cantalupo said he does not know whether the landlord’s decision to terminate their lease has anything to do with politics. There has been talk that the free-flowing discussions on contemporary affairs, social and political issues that Bookworm hosted antagonised Chinese censors.

“[When] they started to privatise state-run enterprises 20 years ago, regulations were looser then. [The bookshop was built] on a pump room. It doesn’t have an address. It’s [built on] a structure that was never [transformed] into things that they can rent out. [It is an illegal structure]. We’ve been paying rent here for a long time.

“[The government] are trying to clean up Beijing. City planners are trying to get things in order. Whether there’s anything else behind it, it is unclear to us,” he said. Chinese author Liu Zhenyun gives a talk at The Bookworm. It was one of the first places in China to give authors an opportunity to get to know some of their readers. Photo: Simon Song

For the literary community, the news of The Bookworm’s closing is a crushing blow, with many posting comments on Twitter lamenting its demise.

Manya Koetse tweeted: “I’ve been very sad before when bars or cafes closed down in Beijing. But I never felt as sad as when hearing that The Bookworm would close its doors at its current location. It’s always been a beating heart of cultural exchange, a Beijing home base to learn, talk, read.”

Cantalupo said that since all the investors in The Bookworm are friends who live in Beijing, they would focus on looking for a new location in the city. “It will be challenging … We need to put together a business plan,” he said.

Jo Lusby, co-founder of media consultancy Pixie B and former North Asia CEO of book publisher Penguin Random House, said The Bookworm was one of the first places in China to give writers an opportunity to meet their readers.

“Writers love to know who’s reading their books, especially [those coming] from a different culture. It let international authors understand what kind of an audience they might encounter in China. 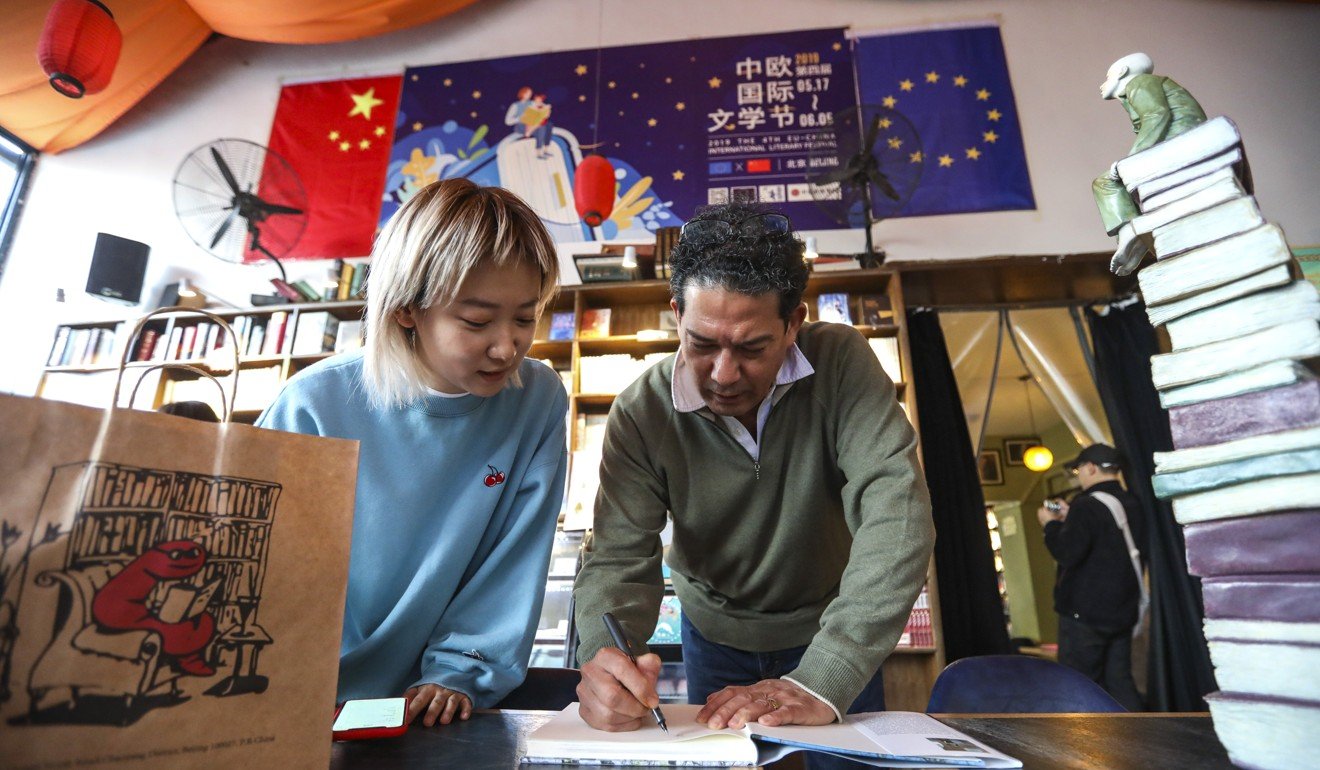 David Cantalupo, co-founder of The Bookworm, autographs a book for a reader in the store on Tuesday. Photo: Simon Song

She added: “For 15 years, The Bookworm has always existed in a complex environment. Whether things have become more complicated recently, I don’t know. I think running any kind of a publishing business in China now is more challenging.”

Meanwhile, there is anxiety among expatriate church-goers in Beijing that the Beijing International Christian Fellowship, an international non-denominational church, will close.

The church in Liangmaqiao Road holds services in multiple languages including Korean, Indonesian, Japanese, Russian, English, and Chinese. Set up in 1980, it was the first overseas church to get an official operating licence in Beijing. Scores of visitors of various nationalities attend Sunday services and classes at the church, with its Chinese-speaking congregation numbering over 1,000.

Three overseas church-goers who attend the church, and who spoke to the Post, said it was closing as it could not get its lease renewed. A woman who answered the phone at the church said church officials were still in talks with the landlord.

“Nothing is confirmed yet, as there are many unknown factors,” she said.