Source: SCMP (10/26/19)
The Trouble with Taiwan – book maps out why the world should care about the self-ruled island
Charting the island’s history, Kerry Brown and Kalley Wu Tzu-hui underscore the global significance of its relationship with China. Makes the case for why the world should pay attention to what happens in Taiwan and to its citizens
By Kit Gillet 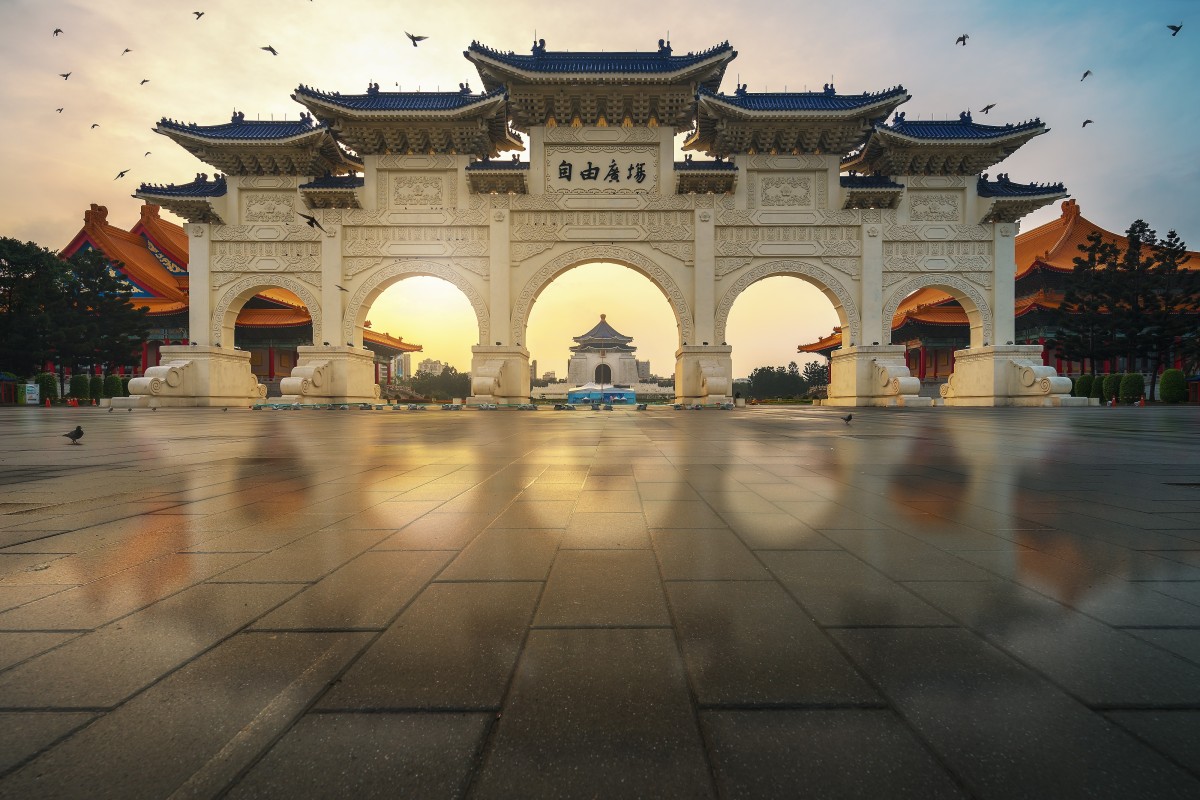 The Trouble with Taiwan maps out the island’s history, underscoring the global significance of its relationship with China and making the case for why the world should still care, very much, about what happens next. Photo: Shutterstock

The Trouble with Taiwan is a provocative title for a book, but then a lot about Taiwan is provocative, depending on who you’re talking to. Tensions between the People’s Republic of China and the Republic of China (as Taiwan is officially called) have not ceased since the Nationalist government of Chiang Kai-shek fled to the island in 1949, after losing the civil war to Mao Zedong’s communist forces. As such, alongside the unresolved conflict between North and South Korea, the stand-off is seen as one of the last vestiges of the cold war.

Now, in an age when China is a global superpower, Taiwan’s position is of particular importance, both symbolically as well as practically. How other nations treat Taiwan and its citizens is directly related to their willing­ness to either alienate or placate China. At the same time, how China deals with Taiwan is seen as the great litmus test for its fitness to remain a global power. So far the jury is out, but, as Kerry Brown and Kalley Wu Tzu-hui write, “the stakes could not be higher”.

With mass protests now taking place in Hong Kong, Taipei’s interactions with Beijing are being studied with renewed interest, with many feeling that lessons can be learned, despite the fundamental differences between the two places.

At the heart of The Trouble with Taiwan is a detailed picture of the island as it is today, and how the political, economic and social paths have affected the lives of Taiwanese citizens.

“Taiwan matters because it says something important and profound about one of the key issues – perhaps the key issue of our time – identity,” writes Brown, a professor of Chinese studies at King’s College, London; Wu is a researcher and international financial consultant.

The authors make clear that for most of its history Taiwan was considered an insignificant dot on the map, despite sitting on one of the world’s great seaways. Annexed by China in the late 17th century, the island was ceded to Japan in 1895 but returned to Chinese control in 1945, at the end of World War II. Four years later, about two million Nationalist followers fled to the island, adding to a population of just seven million at the time.

The overwhelming majority of Taiwan’s current population of 23 million are ethnically Han, with the indigenous population representing just a fraction. It also had the 15th largest economy in the world as of last year.

Under the first generation of Nationalists on the island, Taiwan’s history was viewed simply as a subsidiary of Chinese history, with Chiang Kai-shek adamant that he and his Kuomintang Party were the rightful rulers of all of China – “the legitimate heirs of the Great Chinese nation”. Today, few in Taiwan see reunification as a desirable goal.

The threat of a direct military conflict was high during those early years, but fears gradually faded, aided in part by the deaths of both Chiang and Mao in the mid 1970s and the arrival of new generations of leaders on both sides. Martial rule on the island, which had began with the KMT retreat, ceased in the early 1980s, and in 1996 Taiwan held its first democratic elections.

That election has been described as the first time in history a part of the Chinese-speaking world had experi­enced democracy. At the same time, it signalled a profound move away from the Chinese system, affecting the ability of the two nations to ever reunify, since any move would have to involve strong input from Taiwanese voters.

“In becoming a democracy, Taiwan has succeeded in placing perhaps the strongest barrier between itself and politics on the mainland,” write the authors, who describe the move as a “strategic masterstroke”.

That has not stopped overt and covert pressure, however. Taiwanese, from an early age, must deal with identity issues and how others interpret this aspect of their lives. “To say one is Taiwanese is an act heavy with political mean­ing and significance in ways that just is not the case when one says one is Australian or Brazilian,” write the authors. In recent times this has included practical issues such as Taiwanese citizens needing to click “Chinese Taipei” when booking plane tickets, when in the past it would say Taiwan or Republic of China. These small changes chip away at their independent identity. Yet, despite all this, outsiders would be mistaken to believe that Taiwanese citizens spend their days full of “anguished speculation”. Instead, they spend their days caught up in the same tasks and issues that affect people the world over.

The book spends considerable time examining the rela­tionship between Taiwan and the outside world, notably the United States. After initial support from the inter­nation­al community, the decision by the United Nations to switch formal recognition from Taipei to Beijing in 1971, followed by the US eight years later, was seen as an existen­tial crisis for the island.

Today, Taiwan is recognised by 14 out of 193 United Nations member states, mostly small island states, as well as the Holy See, with that number likely to drop further as China continues its campaign of using investments and threats to secure converts.

The book also looks in detail at the political parties and leaders on both sides of the Taiwan Strait who have helped to shape Taiwan’s recent history. 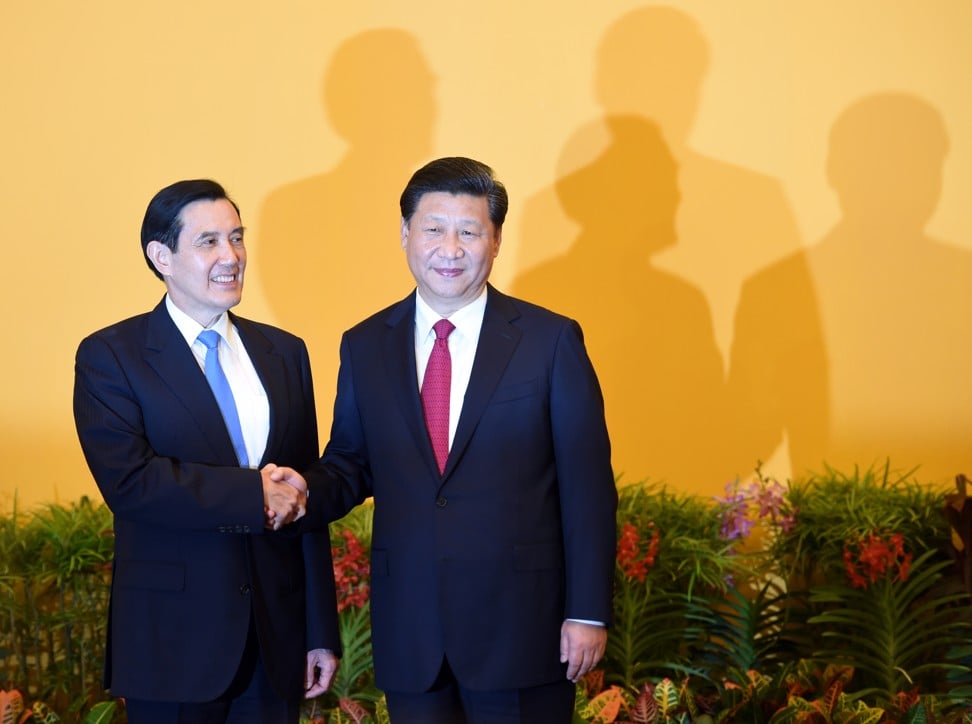 When Xi Jinping met with Taiwan’s then-president Ma Ying-jeou in Singapore in 2015, it marked the first face-to-face meeting between Taipei and Beijing. It also marked the “high point of a moment of optimism”. However, this did not last, and some experts believe that China under Xi does not want to perpetuate the status quo. In fact, the authors write, there is a hunger as never before to resolve what is called the “Taiwan issue”.

The authors make it clear that one of the main road­blocks to a name change – ditching the “Republic of China” in favour of a more simple “Taiwan” – is opposition from Beijing, which fears it “would shatter the story of a shared cultural and historical basis”, which serves as the reason for needing unification.

Meanwhile, given the importance of the island’s relation­ship with its largest neighbour, Taiwanese leaders find themselves, as the authors put it, perpetually perform­ing for three key audiences: domestic voters, Beijing leadership and US politicians. It is increasingly hard to keep all happy, especially with the ongoing US-China trade war. A Taiwanese independence activist sets fire to portraits of Xi and Ma during a demonstration in Taipei, in 2015. Photo: AFP

The growing involvement of Taiwanese businesspeople on the mainland over the past few decades has also created an influential cohort of Taiwanese citizens who have vested interests in keeping ties close. “The quandary of having the largest economic partner also serving as the greatest security threat is one of the issues that makes Taiwan of global importance,” write the authors.

The Trouble with Taiwan is more academic than pleasure reading, taking a practical rather than human interest approach to the subject matter. If you’re looking for rich descriptions of the lives of Taiwanese citizens and how their uncertain status affects their well-being, this probably isn’t the book for you. However, for those after a detailed account of the journey and challenges faced by Taiwan throughout its history, especially since 1949, there’s a lot to like here.

Seventy years after the end of the Chinese civil war, the authors make a strong case for why we should still care very much about what happens to Taiwan, and to its citizens.