The China censorship issue isn’t new – it’s been creeping into geek culture topics for quite a while – but the recent Hong Kong protests have made their reach much more noticeable. 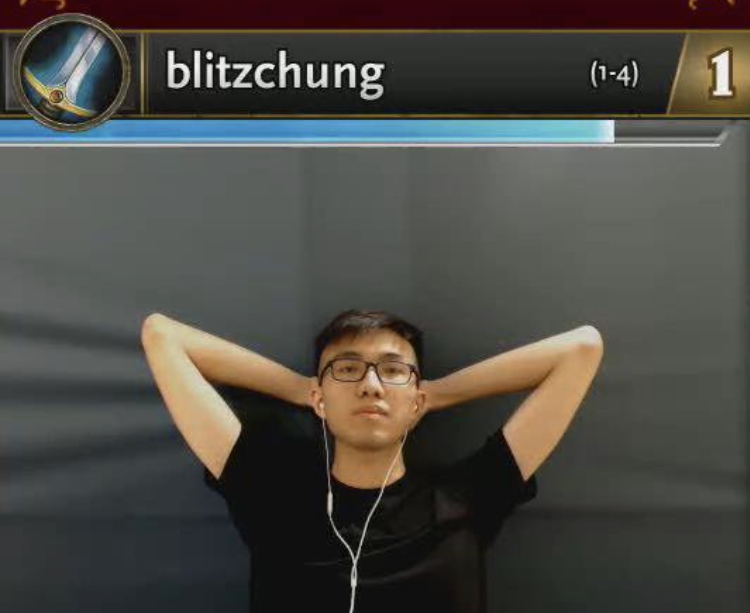 The most recent example of China’s censorship in geek circles comes from the Esports community.  Hong Kong based Hearthstone player Chung “Blitzchung” Ng Wai was banned from a Blizzard tournament after making pro Hong Kong protest statements in an interview.  He has now been suspended for one year from participating in Hearthstone tournaments and was forced to give up his Grandmaster prize money as a result of his comments. Blizzard states his comments violated Section 6.1 of the tournament’s rules, which prevents players from making statements that “offends a portion or group of the public.”

“I put so much effort in that social movement in the past few months that I sometimes couldn’t focus on preparing my Grandmaster match,” Blitzchung said in an interview with InvenGlobal. “It could cause me lot of trouble, even my personal safety in real life, but I think it’s my duty to say something about the issue.”

The protests in Hong Kong started in March of this year, initially sparked by opposition to the Fugitive Offenders amendment bill introduced by the Hong Kong government.  This bill would have opened up criminal fugitives for extradition to countries they currently don’t have extradition treaties with.  This move would threaten their autonomy as a region and have potential civil liberties impacts.

Though the initial bill has been dropped, the protests have evolved to include other issues such as police misconduct and democratic reforms.  The protests are still ongoing over seven months later.  Participation in the protests range from 308,000 on the lower end to up to 2 million during its peak.  The total population of Hong Kong is just shy of 7.4 million, which means a significant portion of the population are participating.

Members of the Esports community are rallying around Blitzchung after his ban, planning to collectively boycott the game in response to Blizzard’s actions.  “Boycott Blizzard” has also trended on Twitter and the Blizzard subreddit has been locked down, likely in an attempt to control the backlash.  Based on reports on Twitter, other related subreddits may also be suppressing discussion of the issue, though I have not been able to personally verify those claims.  Several posts have made it to r/All in the last day, though, so other subs seem open to discussing the issue.  As each individual sub has it’s own moderation standards, this type of discrepancy makes sense.

However, the Esports community isn’t the only group feeling the impact of China’s recent censorship push surrounding the Hong Kong protests. South Park has been outright banned after their episode titled ‘Band in China,’ and even the NBA has found itself pulled into the issue when the Rockets general manager tweeted support of the protesters.  The topic is suddenly everywhere in almost every corner of the entertainment industry.  It’s becoming incredibly obvious just how invested China is globally in so many aspects of our lives and how willing corporations are to give in to their demands.

The censorship issue isn’t new, but the Hong Kong protests have pushed it out in the open and made it harder to ignore.  Everywhere you turn, those who express support for the protesters are getting shut down by corporations out of fear that China will cut ties with them.  Once China cuts the corporations off, they lose a huge market and thus a huge amount of income from the country.  We’re being forced to confront the fact that China’s censorship stretched far beyond their country’s borders. It’s kind of astounding. 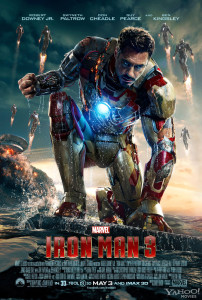 Hollywood in particular has been a major player when it comes to self censorship of their films to meet China’s demands.  They’ve been doing this for many years now, even banning actors from entering their country if they starred in a film they didn’t like (see: Brad Pitt).  China only allows about 40 foreign made films into the country every year, meaning that if your film contains anything that they deem controversial, you won’t even get in the door.

Sometimes special Chinese cuts of films are made for distribution, like when Iron Man 3 had a set of scenes set to cater to that market specifically.  This blatant pandering was an attempt to appeal to their market and be one of the select few to grace movie screens in China.  It worked.

Additionally, many fans have speculated that some of the major franchises that could have included LGBTQ+ content may have held back out of fear that China would reject their films (their history with the LGBTQ+ community is rocky, to put it lightly).  Star Wars and the Marvel Cinematic Universe have been an especially big target for this sort of criticism, as they could have the power to put this content into their films if they wanted to with minimal financial suffering.  In April of last year, Geekiary contributor Farid wrote the following:

[Avengers: Infinity War] has done amazingly well and it is yet to open in China. (…) Disney can always release a censored version for countries that don’t allow queer content in movies.  There are many ways to go about adding queer representation without risking the MCU installments being banned.

The battle against censorship feels a bit like a David and Goliath situation.  Most consumers aren’t usually politically aware enough to boycott companies over their stances on these, so even when we band together and get loud it feels like a losing battle because we are still ultimately a minority.  Corporations are going to do what they want to do.  And they often want to focus on the bottom line regardless of the moral implications.  The loss of income from the noisy protesters is minimal compared to the huge cash flow from China.

However, the Hong Kong protesters going toe to toe with China is also a bit of a David and Goliath situation, and yet they’ve kept going for over 190 days.  The context of our battles is different, of course.  They are on the ground facing the government in person while most of us are protesting corporations with our financial decisions and social media campaigning.  We’re in a much safer position and can much more easily ignore this if we so choose (just like corporations are doing).  We aren’t getting shot in the street here and we have far less to lose.

That doesn’t mean we shouldn’t do everything we can to keep our spaces free from the censorship, however.  You can stand with Blitzchung and make some noise about Blizzard’s decision.   You can make some noise about whatever censorship is encroaching in your own areas of interest and make note of the larger picture while doing so.  Just do what you can to bring eyes to the situation and make sure the world knows what’s happening.

We could very well get ignored just as we have been for years about all the other censorship issues, but maybe we’ll someday tip the scale and have an impact.  Is that too optimistic?  Maybe.  But it’s worth trying.  What else can we do?

No seriously, what else can we do? Post in the comments if you have a suggestion.  We will update this article with resources if you have some good ones.

Stephanie “Angel” Wilson is the admin of The Geekiary and a geek culture commentator. She earned a BA in Film & Digital Media from UC Santa Cruz. She’s contributed to various podcasts and webcasts including An Englishman in San Diego, Free to Be Radio, and Genre TV for All. She’s written for Friends of Comic Con and is a 2019 Hugo Award winner for contributing fanfic on AO3.