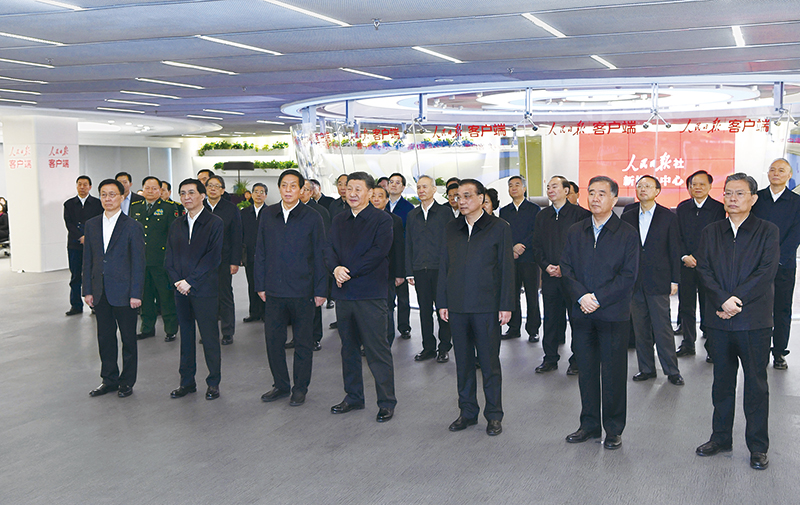 Understanding China requires a high-level of sensitivity to the nuances of the political language used by the Chinese Communist Party, and also how that language impacts our imagined points of connectivity with China. Simple words like “innovation,” an apparent reference to Silicon Valley-style disruption through technology, can signal things we might not associate — such as tighter political and social controls, and widespread surveillance.

In the realm of media and public opinion, one of the most misunderstood words in contemporary mainland Chinese, completely co-opted by CCP discourse, is “mainstream,” or zhuliu (主流).

For many of us, the word simply refers to ideas or beliefs that are shared by most people, that are conventional, or to media that cater to mass audiences and their views, beliefs and interests. But for the Chinese Communist Party, guiding and maintaining public opinion, ensuring that it reflects the interests of those in power, is essential to maintaining the regime. The “mainstream,” therefore is the prerogative of the Party itself, and when you talk about “mainstream media” in China, you are talking not about commercial newspapers and magazines or big-brand online news sites — you are talking specifically about Party-run media.

Back in March, when Xi Jinping wrote an article for the official Seeking Truth (求是) journal about the need to further advance convergence in the “mainstream media” in order to strengthen “mainstream public opinion” and “mainstream values,” he was of course talking about ensuring that Party media were on top of the latest digital trends so that they could “guide public opinion,” which is CCP code for media control and censorship.

Look up “mainstream media” in online Chinese sources like Baidu, and the definition is unmistakable. Here, though, is a source in the People’s Liberation Army that uses the terms  “mainstream media” and “innovation” together in ways that should make the differing contexts crystal clear: “The mainstream media operated by the Party and the government bear the Party’s chief responsibility for innovating theory and propaganda.”

The broader context and definition of “mainstream media” is crucial to understanding articles like this one appearing today at People’s Daily Online, sourced from the overseas edition of the People’s Daily, which reports that “mainstream public opinion in Hong Kong and various segments of Hong Kong society express support” for the SAR’s new anti-mask law.

Read that statement and you might expect a couple of things. First, you might feel, given normative definitions of “mainstream” in the West, that the sentence is repetitive. “Mainstream public opinion” and opinion from “various segments of Hong Kong society” sound very much like the same thing, don’t they? Second, you might anticipate a news story that offers you direct quotes from ordinary people on the street, or even public opinion polling data.

If, however, you understand the normative CCP understanding of “mainstream” as something manufactured and controlled, and as a tool of governance, then you expect something altogether different. First of all, the apparent repetitiveness of the statement no longer applies. We should expect first to have reference to Party and/or government views as “mainstream,” and then only after (in order of importance) reference to ostensible social organizations or groups that have quasi-official status. Second, we should expect no direct quotes from individuals, because they are irrelevant. Public opinion, after all, is given from the top in the CCP understanding, not gathered from below.

The People’s Daily report does not disappoint in this respect.

As for “segments of Hong Kong society,” the report cites a statement issued by the conservative and pro-Beijing Democratic Alliance for the Betterment and Progress of Hong Kong (DAB), and remarks from the Hong Kong Federation of Trade Unions, also pro-Beijing.

Next time you hear mainland Chinese media or leaders referencing the “mainstream,” take a careful look at who is talking. The hand, you will generally find, is reporting on the puppet.